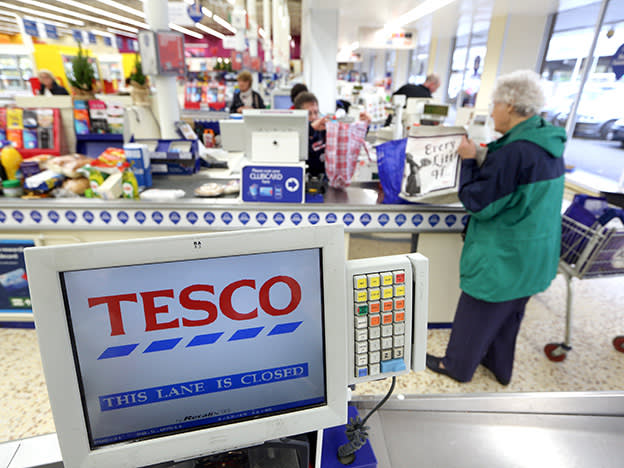 UK supermarket sales were up 0.3 per cent on last Christmas

The UK’s biggest supermarket chain, Tesco (TSCO), extended its lead over the Christmas period, reporting a 3.2 per cent increase in like-for-like group retail sales on 2020 and an 8.7 per cent hike on the same period two years ago.

Sales for its core UK supermarket business were up 0.3 per cent on last Christmas, and 8.8 per cent on two years ago. Large and convenience store categories both enjoyed higher sales – up 1.9 per cent and 2.6 per cent, respectively – but online sales were 11.3 per cent lower than the prior year when coronavirus restrictions were more severe.

The fact that more pubs and restaurants were open this year also meant revenue at its Booker wholesale arm was up 20.5 per cent on the prior year.

For the three-month period to January 8, group retail sales were up 2.4 per cent year-on-year and UK supermarket sales were 0.2 per cent higher.

Tesco said it expects its retail operating profit to be “slightly above” the top end of its previously-guided range of £2.5bn-£2.6bn.

It also lifted guidance for operating profit at its bank – from £120m previously to £160m-£200m – as the improved economic environment lessens the requirement to hold provisions for bad loans.

The retailer has performed consistently well since Ken Murphy took over as chief executive in October 2020, analysts at Shore Capital said in a note. It has got the basics right and focused on delivering value through its Aldi Price Match strategy and a stronger Clubcard offer, they added.

According to Nielsen IQ, Tesco’s market share edged up by another 20 basis points year-on-year to 27 per cent in the 12 weeks to January 1, considerably ahead of second-placed Morrisons at 14.2 per cent.

Shore Capital expects Tesco to continue generating free cash flow of between £1.5bn-£2bn a year – £500m of which it is currently dedicating to share buybacks.

The rest can be reinvested – it has just bought a chain of nine supermarkets in the west of Ireland. This gives it the opportunity to extend its lead at a time when private equity-owned competitors Asda and Morrisons are having more debt loaded onto them – both have faced downgrades from ratings agency Moody’s in recent months.

Although inflation is a concern – both in terms of food prices and wage costs – Tesco seems to be in a better place to handle this than competitors. Upgrade to buy.