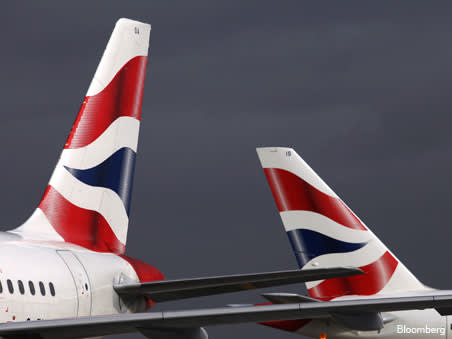 International Consolidated Airlines (IAG) said a strong recovery is under way as the long-promised return of overseas travel and stronger cargo revenues helped halve its pre-tax loss to €3.5bn (£2.94bn) in 2021. The British Airways owner’s bookings for Easter and summer are on the up, and passenger capacity is expected to return to 85 per cent of pre-pandemic levels in 2022, swinging the group back to operating profitability by the year-end.

So far, the air carrier’s passenger capacity remains at a dismal 36 per cent of its pre-pandemic level in the year to 31 December, as government restrictions and the onset of the omicron variant kept the travel sector grounded for much of 2021.

However, an uptick in bookings over the second half of the year, aided by the US opening to foreign travellers in November, helped to push full-year passenger revenues up by 6 per cent in 2021.

Chief executive Luis Gallego is betting on a “surge in bookings” as travel restrictions are relaxed, and IAG is raising its capital expenditure by €3.9bn to pay for new jets to meet this pent-up demand over the year ahead.

This could spell clearer skies ahead for IAG’s largest and most fragile brand, British Airways, which accounts for almost half of overall ticket sales.

The difference came from travel restrictions, which were relaxed in Spain from mid-2021 onwards and were less harsh than those set by the UK, which only lifted mandatory testing and isolation for vaccinated and unvaccinated travellers, respectively, in February.

Liberum said that in spite of a “significant Q1 loss” over the onset of the omicron variant, normal seasonality, and the cost of rebuilding capacity, positive operating profits and cash flows are expected to kick in as early as the second quarter, making for a “significantly positive” full-year result in 2022.

Nevertheless, there are clouds on the horizon, hinted at by Gallego who said that IAG “must do things differently” after the “worst crisis in aviation's history”. Strangely, the airline owner’s guidance for the year ahead assumes “no further setbacks related to Covid-19 and government-imposed travel restrictions or material impact from recent geopolitical developments”, which we think are hefty assumptions to make.

On top of this, high inflation is squeezing household budgets – which could scupper plans for summer holidays. Budget airline Ryanair has already pledged to discounting fares even more in order to fill more seats over the coming year, and if IAG follows suit this could dent margins.

These risks should not be overlooked in favour of blue-skies and wishful thinking. Hold.