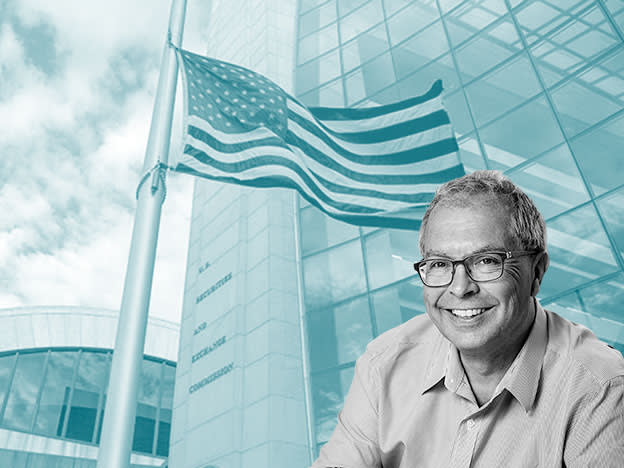 Richard De Lisle, manager of a lesser-known US fund that has risen up the performance tables, outlines his views on value and the commodity rush

In private, many an active manager might wearily confess that the US has not been the market in which to go against the grain in recent years. It’s well-known that stockpickers have struggled to beat the S&P 500 over the past decade in particular, given its skew to the seemingly unassailable tech megacaps and sheer market efficiency. From value managers to those moving down the market cap scale, investors going against the tech majors, or simply avoiding them, have not always had the best time of it.

Such investors also tend to attract less attention than funds that bet big on the largest US stocks, such as Baillie Gifford’s big US and global portfolios. But some funds have quietly generated excellent performance in recent times, and may well have an enhanced appeal as questions arise about the future outlook for yesterday’s winners.

VT De Lisle America (GB00B3QF3G69) is one fund that, while relatively unknown, has had a good run of form in recent years. It generated a chunky 36 per cent return in 2021, putting it ahead of most other US funds. Out of the US-focused Investment Association (IA) and Association of Investment Companies sectors, just three funds, SPDR S&P US Energy Select Sector UCITS ETF (SXLE), SPDR MSCI USA Small Cap Value Weighted UCITS ETF (USSC) and AB US Small & Mid Cap Portfolio (a fund that is not typically available on the major retail platforms), did any better in the same year. Prior to that, VT De Lisle America marginally outpaced the S&P 500 in 2020 and nearly matched it in 2019. The fund made a total return of 61.2 per cent in the five years to 16 March 2022, versus 72.9 per cent for the index.

Recent success has not yet translated into a portfolio of substantial size. The fund had only £109mn in assets at the time of writing, despite having existed since 2010, and doesn't feature on major platform buy lists. The fund might also seem difficult to categorise: it sits in the IA North America sector rather than the IA North American Smaller Companies sector, in which most similar portfolios can be found, and uses the S&P 500 as a benchmark in part because this index is what investors tend to know best when they think of US stocks.

Categorisation issues aside, the fund’s lack of profile may well stem from its area of focus. Eyes have been turned firmly to the likes of the 'Faang' tech stocks in recent years, yet the fund's manager Richard De Lisle takes a small-cap value approach. As of March, the average market cap of a holding in VT De Lisle America was $650mn (£494.03mn), well below that of some peers. While not a like-for-like comparison, to give one example, Legg Mason Royce US Small Cap Opportunity Fund (IE00B23Z8V29) which we highlighted as a diversified play on the sector last year had a weighted average market cap as £1.9bn at the end of January.

Turning to recent developments, the De Lisle fund has proved relatively resilient so far in 2022 in contrast to the broader US market, with a limited 2.2 per cent paper loss between the start of the year and mid-March. But what’s more important is the opportunity now available.

In an environment that could be marked by rate rises and stubbornly high inflation, De Lisle warns that problems may finally arrive for some of the darlings of the US market and investors who have herded into such shares over time. “We’ve been ducking and diving while people have been putting all their chips on these big stocks,” he says. “Apple (US:AAPL) is dangerous – everyone’s buying it but they don’t know why. People forget how the [earnings] multiple has expanded over the last 10 years and how inflation and rates are higher than 10 years ago.”

Elsewhere, he makes some of the arguments common to value managers. “The growth stocks have so much further to fall," he says. "The gap between value and growth is commensurate with the tech stock bubble.” On a more positive note, he highlights the sheer level of choice of companies available in the US small-cap space, arguing there is more on offer than in Europe. And makes the case that if the US market is often regarded as expensive, this argument does not hold water further down the market cap scale.

There are many arguments to make for the fund, including its stated focus on small companies that are poorly (or not at all) covered by research and often misunderstood. But investors are probably more interested in what lies ahead for markets, and how the fund’s manager intends to navigate this.

Anecdotally, some fund managers have been avoiding taking big bets while they mull the current unknowns, from the fallout of the Ukrainian crisis to the future path of monetary policy. Recent interviews with the likes of Rathbones’ James Thomson making the case for balance instead of high-conviction bets.

De Lisle, meanwhile, has been shifting his portfolio slightly in recent weeks and says he could go further with his repositioning. With a large number of holdings (164 at the end of February) the fund tends to have a focus on promising themes and sectors, rather than huge allocations to individual companies. In recent history, this has involved a focus on consumers wanting to return to the great outdoors and embrace experiences more generally, via holdings such as recreational boat retailer MarineMax (US:HZO), Build-A-Bear Workshop (US:BBW), beauty product supplier Sally Beauty (US:SBH) and amusement park owner Cedar Fair (US:FUN). De Lisle also bought into community banks,  often ones serving a handful of local US towns, such as Oregon Bancorp (US:ORBN) as a play on people moving into these areas and proxy for local economic growth.

At the end of February, the fund had a 30 per cent weighting to so-called consumer cyclicals and an allocation of the same size to regional banks. And the areas listed above were among the fund’s investment themes in March. But the Ukrainian crisis and the prospect of higher inflation has prompted a change, with De Lisle “lightening up” on some of these stocks as a way of both protecting the fund against a possible recession and finding cash to fund a higher allocation to commodity-related plays.

While he already holds uranium company Cameco (US:CCJ), nutrient producer Mosaic (US:MOS) and Barrick Gold (US:GOLD) in the portfolio, De Lisle suggests he would like to have a quarter of the fund in commodity-related and industrials names as a play on rising commodity prices. “We want to be overweight these and probably in a year’s time I will wish I were more overweight,” he says. “People say we’re going back to 70s but they haven’t lived in them. In the 70s there weren’t this many shocks at once, this was quite an extraordinary time.”

On a similar note, he is mindful of the dreaded 'R' word that has started to do the rounds once more, but is unsure about what the future holds. “Another pivot is I’m mindful of recession,” he explains. “We have stocks on single-figure multiples with no debt. They’re priced on recession lows. But you’ve never seen an oil spike above $100 that hasn’t caused a recession." Highlighting the unpredictability of the situation he points to the fact that consumers are entering this scenario "with a high cushion of savings from lockdowns". Likewise, he notes: "The proportion of energy as part of consumer spending has come gently down, so doesn’t quite have the kick it once did."

This balancing act is reflected in some of De Lisle's other comments. Speaking about the possible vulnerabilities of his consumer-facing holdings, he notes: "It’s a delicate judgment on how bad a recession could be coming. The majority of commentators think we get through this without a recession. The market is somewhat priced for it but not fully priced for it."

De Lisle argues that he may well be "underreacting" with the extent of the recent changes in his portfolio, and like others he will be keen to see how commodity plays work out. For this fund and many others, any decisive shifts in positioning could be a big dividing line when it comes to future performance.