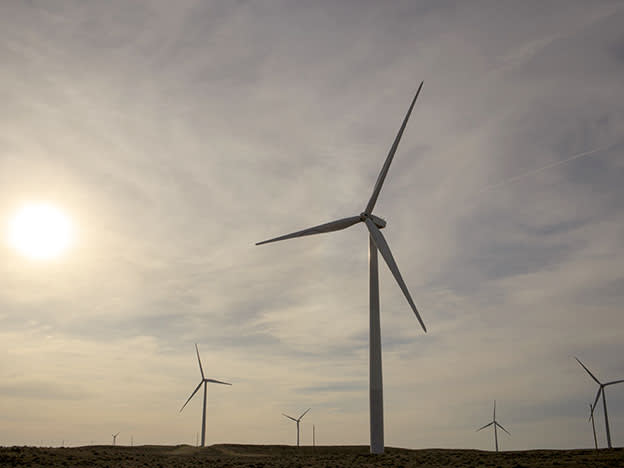 The deal looks very likely to be completed given the backing of major shareholder Reservoir Capital, which holds just over 70 per cent of ContourGlobal. "The board of ContourGlobal believes that the offer provides an opportunity for all shareholders to crystallise their investment in ContourGlobal at an attractive price," said chair Craig Huff.

The offer is not final but Reservoir Capital has made an irrevocable undertaking to support the deal. KKR needs 75 per cent shareholder support in total, and has 72.8 per cent already.

ContourGlobal had been trading between 190p and 210p after swiftly recovering from the March - April 2020 Covid-19 general selloff. The offer document said the company had been "significantly" undervalued by the public market given that share price level is below its IPO price of around 250p in 2017.

The £1.75bn offer values it at 2.5 times adjusted Ebitda, using last year's cash profit of $842mn (£679mn). It is a 36 per cent premium on Monday's 193p pre-announcement share price. Shareholders will still be paid the March quarter dividend of 4p, although this will be knocked off the offer price.

ContourGlobal owns 138 power plants in the Americas, Africa and Europe, split between its thermal and renewables divisions. KKR said the business was attractive because of its "highly contracted and inflation-protected cash flow streams", and sales to "investment grade counterparties".

The shares quickly climbed to the offer price on Tuesday morning, also a four-year high for the market capitalisation. The next step is a court meeting, which will be outlined in the scheme document to be published in the next month. KKR said it would not seek to make any major changes to ContourGlobal outside getting rid of public company-related roles and potentially shutting its London office.

London has become a focus for private equity giants like KKR given the perceived cheapness of companies. KKR bought out infrastructure specialist John Laing Group last year in a similarly-sized deal, and more recently has reportedly been in talks to buy UK Power Networks, which distributes power to 8mn homes and is currently owned by Hong Kong billionaire Li Ka-shing.

When ContourGlobal released its 2021 numbers, we were bullish about its prospects given the state of the power markets. So was KKR, as it turns out.