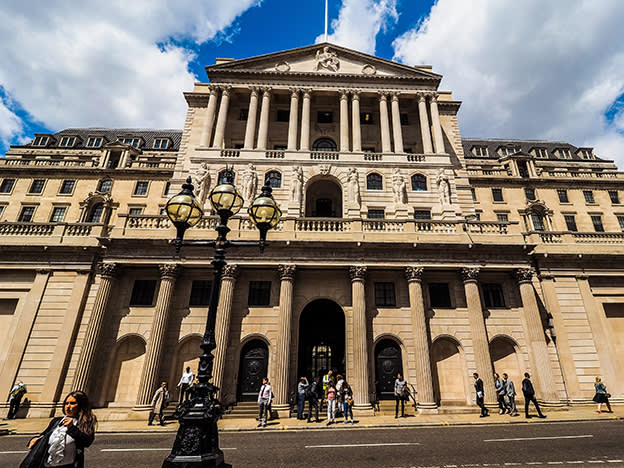 For some investors, gilts offer useful protection against a nasty risk.

What’s the point of bonds? Despite recent experience, there is an answer to this question.

The problem for gilt investors is not simply that they’ve lost money recently: the FTSE Actuaries UK Conventional Gsilt index has lost almost 10 per cent this year. It is that these losses have coincided with falls in global equities. The hope that gilts would be a hedge against stock market losses has therefore been dashed.

But this was always a risk: I warned of it two years ago. When investors fear rising interest rates they can dump equities and bonds together. Partly for this reason, it was common for the two to rise and fall together from the 1970s to the 1990s. The idea that gilts are certain protection against falls in share prices is largely only a 21st century notion. Anybody with a historical perspective or theoretical awareness will have known of the risk of the two assets falling at the same time.

Despite this there is still a case for having some bonds in one’s portfolio.

For one thing, some of the fundamental forces holding yields down are still with us.

Not least of these is what former US Treasury Secretary Larry Summers has called secular stagnation – weak long-run growth across developed economies. Latest official figures show that labour productivity in the US fell by an annualised 7.5 per cent in the first quarter. Granted, this is a little anomalous (partly the product of a downward blip in GDP) but it’s a reminder that the slowdown in longer-term productivity growth is not confined to the UK: in the 10 years to the end of 2021 US labour productivity grew by only 1.3 per cent a year compared with annual growth of 2.2 per cent in the 50 years before the financial crisis.

Exactly why productivity growth has slowed is a matter of debate. For our purposes, though, it does not matter. The fact is that weak trend productivity growth means that trend GDP growth will be weak. And that in turn will put a lid on bond yields. This doesn’t mean these can’t rise further, causing more capital losses, but it does set a limit on those losses. High real yields are only possible in a world of sustained strong growth – and such a world seems an unlikely prospect.

What’s more we must remember that although gilts and equities do sometimes fall together, they also sometimes do move in opposite directions. As my chart shows, the correlation between the two varies a lot. Correlations between assets are not fixed facts; they vary, depending upon why prices move.

And gilts do protect us from some types of fall in equities.

An obvious possibility here is the fear of recession. Such fears would further weaken equities not just by cutting earnings expectations but also by increasing investors’ aversion to risk. They would, however, be good for gilts. Not just would they take the prospect of more rate rises off the table, but they would reduce inflation expectations and perhaps increase hopes of more quantitative easing.

Right now, most economists think we will just about avoid recession: the Bank of England expects real GDP to only flatline over the next 12 months. But this is little comfort. The IMF’s Prakash Loungani has shown that economists have for years failed to foresee recessions.

But this is at least possible. If households don’t run down their savings as much as economists hope or if companies don’t raise capital spending as much as hoped (and latest data showing a fall in business investment in the first quarter suggests they won’t) then we will see a recession.

There’s no point debating whether a recession will occur or not. Our portfolios must be built not on the basis of a single forecast but upon the range of possible outcomes – and this range encompasses a recession which sees equities do badly and gilts well.

Some of you might be untroubled by this because you have sufficiently long-term time horizons that you can shrug off short-term falls in equities. For you, the likely upturn in share prices as the economy recovers is sufficient protection against a recession-induced fall. Others, however, are not so fortunate If you are in a job or own a business that is sensitive to recession you need extra protection. Gilts offer this. They still have insurance value.

Of course, they don’t insure us against all risks. Small holdings of gold or other commodities might also protect us from further spikes in political uncertainties or supply disruptions. And of course, there is always a case for cash.

The point is simple. In an uncertain and inherently unpredictable world we need balanced portfolios that protect us from a range of risks. For those of you for whom recession is a danger, such portfolios include some gilts.