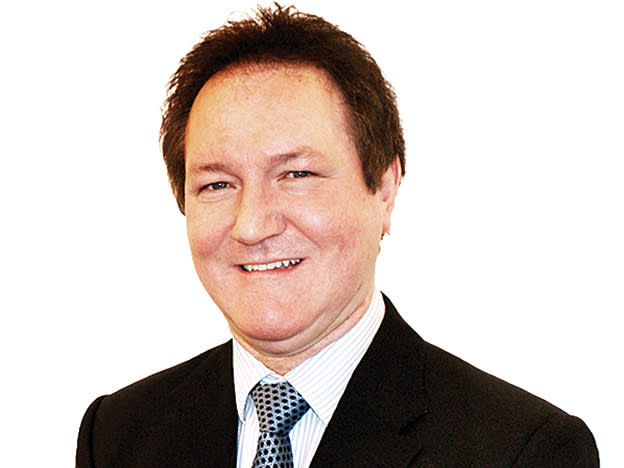 It doesn't take much time to find a statement imploring investors to “buy when the odds are in your favour” on Sanford DeLand Asset Management's website. This firm, which runs CFP SDL UK Buffettology Fund (GB00BF0LDZ31), also states that great investment opportunities arise “when excellent companies are surrounded by unusual circumstances that cause their share prices to be misappraised. Having identified a universe of truly outstanding companies, we must wait until their shares can be bought at a price on the stockmarket that is substantially less than their true economic worth.”

Investors who can take a long view and disagree that the fortunes of growth companies have turned for the worse may well spy such opportunities. Such 'bargains' are held by various Sanford DeLand-run funds. For example, CFP SDL UK Buffettology holds Liontrust Asset Management (LIO), Focusrite (TUNE) and Games Workshop (GAW) which were down 45, 41.8 and 21.4 per cent, respectively, over the six months to 30 May. This fund was down 18 per cent over the same period while the smaller CFP SDL Free Spirit Fund (GB00BYYQC271) was down 16.5 per cent.

That’s painful for investors in these funds, but their managers argue that their holdings have tended to hold up well operationally amid inflation concerns, rising rates and market volatility.

“The operational performance of the companies we invest in is still continuing to meet expectations or beat them,” says Keith Ashworth-Lord, chief investment officer at Sanford DeLand. “The thing that has caused the pain is simple derating and multiple compression. We are thinking the companies are doing fine.”

Ashworth-Lord and his team follow the business perspective investing philosophy, favouring companies with easily comprehensible business models, transparent financial statements, consistent operational performance, high returns on capital employed and no undue leverage. Ashworth-Lord argues that such companies should hold up well at a time of rising prices and economic difficulty. “We have three things going for us: our companies have pricing power, are asset-light and have high gross margins,” he says.

The team has already seen some potential evidence of pricing power in the portfolios. Eric Burns, chief analyst at Sanford DeLand, points to Michelmersh Brick (MBH), a holding in CFP SDL Free Spirit. “Making bricks is massively energy intensive," he says. "They have hedged [costs] but at some point, early next year, that hedging will fall away. You immediately think there’s a bit of a problem here. But they put up prices 8 per cent in January and 9 per cent in July. Mickelmersh is not unique but our companies are putting up prices.”

Ashworth-Lord remains sanguine about CFP SDL UK Buffettology's major holdings such as retail investor favourite Games Workshop as a cost of living crisis squeezes consumers. “With Games Workshop we have not seen [rising] prices cut into demand in the past,” he says. “What’s more of a problem are things like the Lord of the Rings trilogy and that bubble bursting. We have not seen that pressure on spending on customers.”

In keeping with a philosophy that involves running winners, his backing for other top holdings remains undiminished, from Liontrust to Focusrite. On the latter’s big gains in the earlier stages of the pandemic he notes: “Focusrite may well have done borrowing from the future but what it has done now is very satisfying.”

Sticking to the knitting – with limits

While the managers bought and sold a few holdings in each fund in 2021, Ashworth-Lord has pledged consistency in the face of challenges for the growth investment style he follows. He explained in a first quarter update that “We just carry on the same way we have always done – no style drift in this business, not on my watch. This investment philosophy has stood me in good stead for 25 years or more. In the long run there’s 100 per cent correlation between the success of the business and its share price.”

If Ashworth-Lord is sticking to his knitting, structural issues have prevented CFP SDL UK Buffettology from “buying the dip" more recently. Valuation concerns put a spanner in the works last year, preventing the team from putting money to work in new holdings at points, though they did top up on existing positions. More recently, with a buy and hold approach leaving its managers unwilling to sell out of positions to meet investor redemptions in the way some fund managers do, they have instead kept cash on the side. With investors bailing out, the fund has recently been deprived of the cash needed to top up existing holdings.

“Since April/May 2021 we've not added any new names to the Buffettology portfolio, which is a function of our valuation discipline," Ashworth-Lord says. "In more recent months we’ve had to be mindful of keeping a healthy level of cash which has meant we’ve not been able to do as much buying as we might have wanted.”

If the funds are forced to keep cash on the side to satisfy potential redemptions, proactivity from other market participants has been a source of frustration. Ashworth-Lord told IC in May that share price falls, combined with a recent weakness in sterling versus the likes of the US dollar, had left some holdings vulnerable to bids from private equity firms (UK investors face fresh PE takeover threat).

CFP SDL UK Buffettology holdings RWS (RWS) and HomeServe (HSV) have recently been the subject of takeover talks, though the bid for the former has fallen through. But Brookfield Infrastructure funds has agreed to pay 1,200p per share in cash for Homeserve – a 71 per cent premium to the share price before the potential deal was announced.

CFP SDL UK Buffettology's managers are also worried that NCC (NCC), RM (RM.) and PayPoint (PAY) look vulnerable on the back of share price weakness. Private equity bids are frustrating for them because they deprive the fund of holdings that could achieve much higher valuations in the coming years, and other professional investors such as Liontrust's James De Uphaugh also decried a spate of private equity takeovers last year. And Ashworth-Lord and his team run concentrated portfolios because only a few names meet their criteria, with 31 stocks in CFP SDL UK Buffettology and 26 in CFP SDL Free Spirit at the end of April.

“There’s not that many businesses to deploy capital to," explains Burns. "We run concentrated portfolios because there’s not 100 names to invest in. We have a watch list of 20 to 30 companies across both funds [that we could buy at the right price in future]."

CFP SDL UK Buffettology's managers sold three holdings in 2021. Scapa Group, a holding since the fund’s inception, was taken over by a US industrial business, and they sold pharma giant GSK (GSK) after a long period of frustration. “We had bought in from the start of the fund,” Ashworth-Lord says. "We had our dividends and umpteen promises to unlock shareholder value, none of which came to fruition.”

The third name to exit the fund was Provident Financial (PFG). Ashworth-Lord had hoped that new managers would solve the problems of their predecessors but “the thesis didn’t work out,” he says. “In March 2021 there was a profits warning of sorts. I decided we got this wrong.”

The fund, meanwhile, added one new holding last year – Darktrace (DARK) – which it bought at its initial public offering (IPO). In contrast with some flotations, the fund's managers “had time to do the work” on researching the company and inspected financial accounts going back to 2013. They were able to buy in at a low point, thanks to the botched Deliveroo (ROO) IPO hurting the Darktrace price, with the cyber security outfit’s connection to Mike Lynch also affecting valuations.

When we spoke to Ashworth-Lord in late 2020 he argued that CFP SDL UK Buffettology remained a "waterfront" fund with a spread of market cap exposures, even if its size had limited their ability to focus so much further down the scale (IC, 08.01.21). That multi-cap approach seems to remain in place: 24.4 per cent of the fund was in FTSE 100 stocks at the end of April, with 27.7 per cent in FTSE 250, 9.2 in small-cap and fledgling, 27 per cent in Aim and 8 per cent in US stocks, thanks to holdings in Warren Buffett's own Berkshire Hathaway (US:BRK.A) and pest control business Rollins (US:ROL). These weightings are not wildly different to those detailed by Ashworth-Lord at the back end of 2020.

CFP SDL Free Spirit has assets worth just £100mn so is a minnow in comparison with Buffettology and is able to have a greater appetite for small caps. This fund had a more active 2021 which included selling out of Avon Protection (AVON), a business that provides equipment to the military and whose new body armour product failed testing late last year. Burns noted in a recent update that they were not afforded "access to the right people in the company" to discuss the issue, a reason why they divested of it at the end of 2021. Avon Protection released a profit warning this spring. CFP SDL Free Spirit's investment team reviewed all its holdings after former manager Andrew Vaughan left, resulting in CLS (CLI) and Eleco (ELCO) also being sold. "These were two companies we had question marks over," Burns notes.

Craneware (CRW) was disposed of as part of the fund's managers' efforts to jettison companies also held by CFP SDL UK Buffettology.

"At its peak, under [former CFP SDL Free Spirit manager] Rosemary Banyard, the overlap with Buffettology was more than 30 per cent," Burns says. "Now it’s about 8 per cent."

This approach, he adds, means that CFP SDL Free Spirit will also divest of London Stock Exchange (LSEG), RELX (RELX) and Games Workshop in due course.

"We recognise that if people want to invest in both funds they don’t want to have both holdings," he says. "When the opportunity comes we will divest. We have done three [sales] in the last 15 months. In three years time [the remaining three] won’t be in Free Spirit."

The fund's investment team has already reduced the size of these positions by deploying new money to other holdings.

CFP SDL Free Spirit bought three new holdings in 2021. Its managers added IT group Bytes Technology (BYIT) after hearing a "glowing account" of the company from the managers of competitor and Buffettology holding Softcat (SCT). They invested in AJ Bell (AJB) as they see it as a "younger, smaller version" of CFP SDL UK Buffettology holding Hargreaves Lansdown (HL.). Burns argues that investors have overlooked AJ Bell's ability to earn a margin from customer cash, an upside as interest rates move upward. And they bought telecom testing business Calnex (CLX).

CFP SDL Free Spirit's size still allows it to be nimble, with Ashworth-Lord viewing it as he did CFP SDL UK Buffettology five years ago. Burns adds that they could "swing the bat at" potential companies as valuations fall, notwithstanding the need to keep some cash on the side.