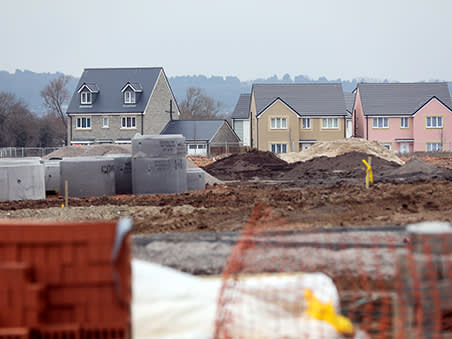 But the repair and maintenance market remains subdued

New housebuilding was the main driver behind a strong first-half performance from building materials supplier Grafton (GFTU). Around 90 per cent of group revenue comes from merchanting business in the UK, Ireland, Belgium and the Netherlands, with a 2.6 per cent rise in like-for-like sales driven by strong growth in Ireland offset slightly by weakness in the Belgian market.

Revenue in UK merchanting business was up by 7 per cent to £976m, boosted by the acquisition of Leyland SDM in February, which contributed revenue of £18.4m, and the continued roll-out of Selco branches. In addition, an increase in higher margin sales lifted adjusted operating margins from 5.6 per cent to 6 per cent.  However, like-for-like growth was more modest at 1.9 per cent as weak transactional volume in the existing housing market depressed demand in the repair, maintenance and improvement (RMI) sector.

Growth in housebuilding helped to lift turnover in Ireland by 7.6 per cent in constant currency terms, with three new branches opened in Dublin to provide convenient customer collection points.

Shares in Grafton have performed considerably better than rivals Travis Perkins and SIG and trade on 14 times forecast earnings. However, the RMI market shows little sign of moving out of the doldrums as long as transactional volumes in the existing housing market remained subdued. Hold.