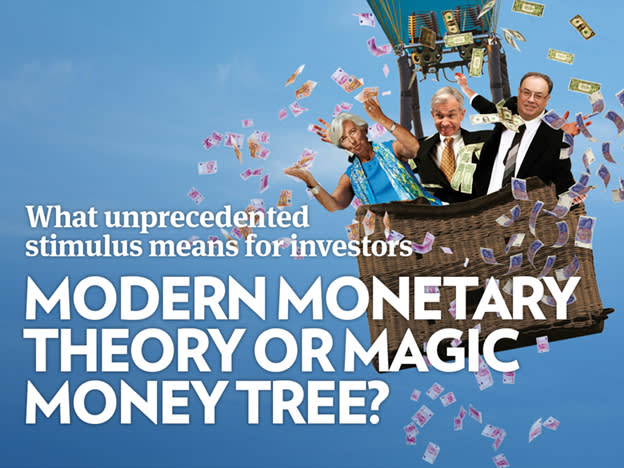 Who’s going to pay for it all? When the music stops, someone must pick up the tab. At least this is how the conventional wisdom goes. Governments around the world have injected massive amounts of stimulus to offset the shutting down of large swathes of the economy due to the pandemic. Central banks have marched in lockstep, hoovering up bonds to keep a lid on financial market stability and keep interest rates anchored at or near zero.

Such stimulus efforts mean government debt is soaring to unprecedented levels. OECD data indicates average debt-to-gross domestic product (GDP) levels will rise to 137 per cent from 109 per cent over the next year.

The US federal budget deficit doubled in May to $399bn from a year earlier, taking the year-to-date deficit to $1.88 trillion. That’s already ahead of the previous record of $1.4 trillion in 2009 and may easily exceed $4 trillion this year.