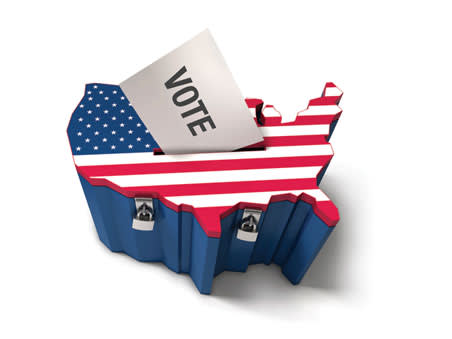 Investors should buckle up for the US presidential race

Democrat nominations could pose a risk to US shares

We knew they were coming. But only in August, when the Democrat ticket is finalised, can investors begin to second guess the impact of US elections. On Monday, polls showed that challenger Joe Biden’s lead over Donald Trump had widened (RealClearPolitics' 'RCP Average' has Biden at +9 per cent), making his choice of running mate even more pertinent for asset markets.

One thing is certain: Mr Biden will be standing alongside a woman, and it’s likely she’ll have a minority ethnic background - with odds for former ambassador to the United Nations Susan Rice (7:2), California Representative Karen Bass (6:1) and Illinois Rep. and Iraq war veteran Tammy Duckworth (8:1) narrowing the gap on bookies’ favourite, California senator Kamala Harris (evens), at the start of the week.

Given that 77-year-old Mr. Biden would be the oldest president in history, there is much conjecture that his deputy will have an expanded role. Although discussions around whether she’ll be a left-winger don’t necessarily focus on predilections to fiscal largesse – after $3 trillion in federal government stimulus (and a further $1.2 trillion under discussion) to support the economy through Covid-19, that horse has bolted – the approach to tax and regulation will be paramount.