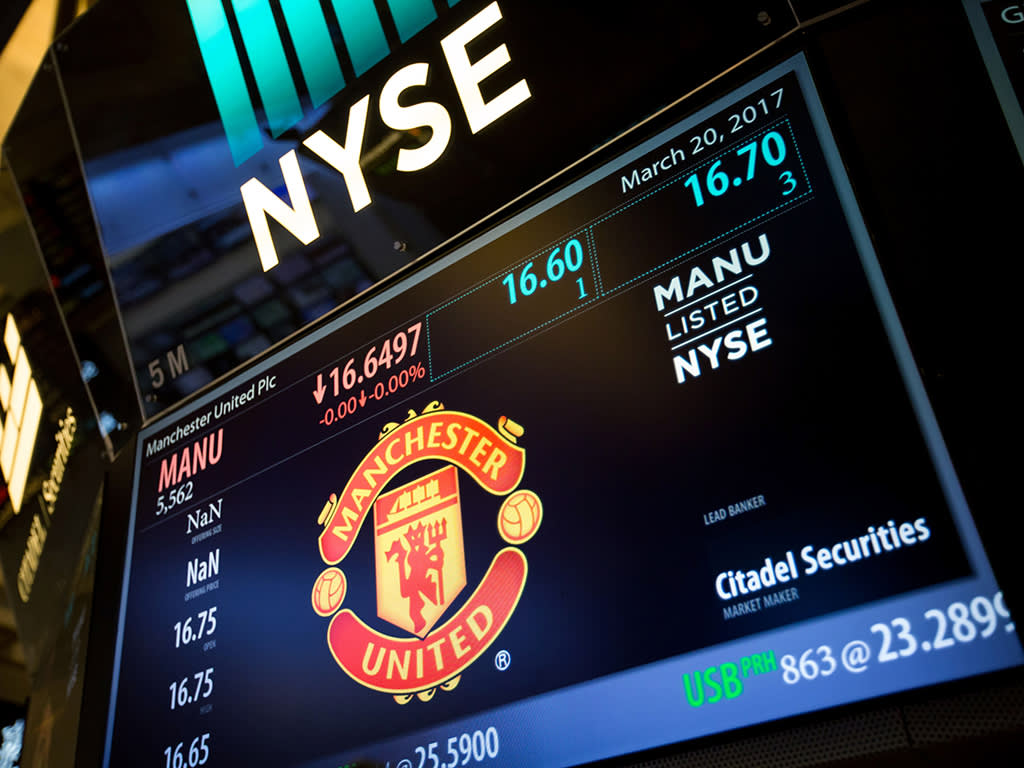 Some of the world's biggest football clubs list their shares on major exchanges, but they are few and far between

Many football supporters long to own a part of their club. Share ownership can help bring fans closer to their team, and could also even bring in a bit of income. It can also be a way of protecting prized community institutions from cowboy owners who might bet the house in the pursuit of glory, only to withdraw support when the sums don’t add up.

The vast majority of UK football clubs are, however, either privately owned or run by supporters’ trusts. For many clubs, the costs and transparency linked to being listed on a stock exchange are deemed to outweigh the benefits of access to shareholder funds.

There are a handful of listed football clubs in the world. Manchester United (US:MANU) and Scotland’s Celtic (CCP) are the UK’s two major listed clubs, while German giant Borussia Dortmund (Ger:BVB) and Italy’s Juventus (Ita:JUVE) are among foreign football titans whose shares are available to buy on exchanges. Many of their investors will have no interest at all in their on-pitch endeavours, supporting these institutions solely based on their investment potential.

Football clubs are not normal companies

Football clubs are businesses. They strive to make profits, some of which may be returned to shareholders through dividends. Manchester United has awarded a dividend of 18¢ (14p) per share in each of its past four financial years, paying out £23.3m to shareholders last year. The shares have averaged a dividend yield of 0.9 per cent over the past five years, according to FactSet.

But unlike most conventional companies, they were not established with the objective of making money, or in the case of listed clubs, creating shareholder value. Success on the pitch – be it winning trophies, league promotion, or even avoiding relegation – sit ahead of building wealth in a club’s objectives.

To help achieve these goals, clubs generate income from matchdays, commercial activities and TV deals. As the game continues to grow globally, broadcast deals are playing an even bigger role in club finances. In the 2016-17 season, broadcast revenue growth overtook that of commercial and matchday income, according to Deloitte.

Having the financial firepower to compete is obviously important, given the critical role that player transfers have in a club’s strategy. Manchester United has of late spent far more than it has recouped in fees. In 2019, it recorded £187.5m in trade payables, including fees and other costs, linked to the acquisition of players, compared with £18.3m in net receivables for fees from other clubs.

Accounting for transfers is another interesting nuance to football clubs as businesses. Funds raised from player sales do not show up in a club’s accounts as part of its income, notes Kieran Maguire in his book The Price of Football, but are instead often broken out in its profit-and-loss account. This helps analysts distinguish between the core commercial activities of the club, such as ticket sales and merchandise, and the more erratic cash flows linked with transfers.

Do they make good investments?

These businesses are operating in a lucrative industry that is courting growing interest and inflows from business people in developing markets, such as the Middle East and China. The top 20 highest-earning football clubs for the 2018-19 season grew their combined revenues by 11 per cent to €9.3bn (£8.4bn), according to Deloitte, which was a new record.

Some institutional investors see the merit in including football clubs in their portfolios. Fund manager Nick Train holds Manchester United and Celtic in his Lindsell Train UK Equity Fund (GB00B18B9X76). Football is an entertainment behemoth with strong underlying demand, which should ensure the survival of its top clubs beyond the coronavirus pandemic. Being listed on the open market could help clubs starved of normal income tap up investors, as businesses have done in all other sectors.

But listing a club invites additional scrutiny from investors and their advisers, many of whom will want a quick financial return instead of supporting years of sustainable development on and off the pitch. Being privately held may even help to unlock funds from other sources. Tottenham Hotspur delisted from Aim in 2012 to help secure funds for its new stadium. Sheffield United and Hearts are also among major clubs to have delisted their shares.

A club’s share price does have some connection to its performance on the pitch. But sometimes even repeatedly winning your league isn’t enough, as Italian giant Juventus has demonstrated. ‘The Old Lady’ has won Serie A in every season since 2011-12, yet its share price languished for most of the past decade, before superstar Cristiano Ronaldo signed in 2018. Manchester United, meanwhile, has been on a rocky ride in the past decade, having frequently changed managers and spent extensively on transfers.

Football shares are also subject to some fairly unique drivers. Tesco (TSCO) shareholders don’t erupt in applause every time a customer puts an item in their basket, but this is essentially the case with football. “It’s a high-risk investment with relatively low returns,” says Mr Maguire. “You’ve got so many retail investors who are investing from an emotional, rather than a financial perspective.”

Perhaps there are more sensible ways for investors to gain exposure to the football industry, beyond backing its biggest clubs. New TV deal tenders are attracting the likes of Amazon (US:AMZN), which has leveraged football broadcasting as part of its Prime platform, tempting fans onto its online marketplace and converting them into Amazon customers. There will undoubtedly be more ways to invest in football in the future, via technology and broadcasting companies, which will allow investors to have skin in the game without risking injury.

Know the score: What sporting tactics can teach us about stockpicking