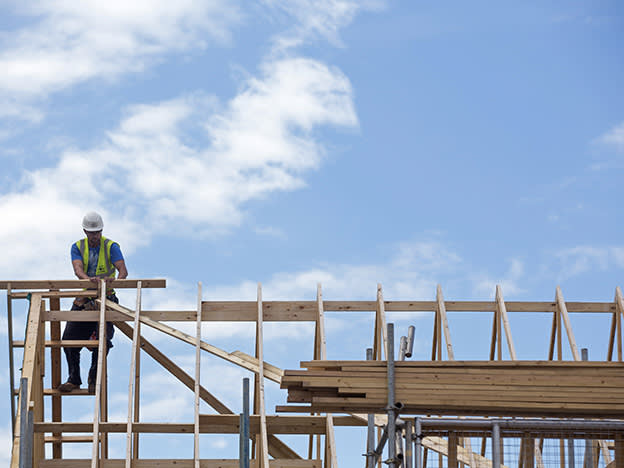 However, a survey of the broader market has flagged an easing of sales growth over the next 12 months

Vistry (VTY) has become the latest housebuilder to report that pre-tax profits for 2020 would be at the top-end of guidance, thanks to a stamp duty-fuelled-surge in demand during the third quarter.

However, expectations for sales volumes across the market over the next 12 months weakened, according to the Royal Institution of Chartered Surveyors (RICS) October survey. A net balance of 27 per cent of respondents anticipated sales would begin to weaken over the longer term.

Vistry – formerly Bovis Homes – said 2020 pre-tax profits would come in at the upper-end of the £130m-£140m anticipated range and would climb to £310m in 2021, “assuming stable market conditions”. The weekly private sales rate rose to 0.67 during the four months to November, up from 0.58 the same time last year. Demand had remained stable despite the second national lockdown and sales pricing had also held firm.

Dividends will also be resumed at the half-year stage next year, which will be covered 2.5 times by earnings per share. That implied a dividend of 46p a share in 2021, house broker Peel Hunt said, which was ahead of its forecast of 28p.

The reinstatement of payments was thanks to stronger cash generation and a faster-than-anticipated reduction in debt, which stood at £357m at the end of June, management said. The housebuilder has also stepped up land purchasing, with the housebuilding division securing 3,237 plots across 16 developments, totalling £179m.

A net 46 per cent of respondents to the RICS survey cited an increase in demand from buyers in October. Yet a net 32 per cent also said homes coming onto the market had risen, marking the longest uninterrupted period of growth in new sales instructions since 2013. Stock levels on estate agents booked edged up only slightly to 43 per branch, compared with 42 in September.

Yet while sales prices have continued to increase, expectations of further rises over the next three months have been trimmed and a flatter trend is anticipated over the next year, according to the survey.

Like peers, Vistry’s shares have enjoyed a rally since the vaccine announcement, but are still among the most lowly valued in the sector at 0.8 times consensus forecast NAV at the end of December 2021. That partly reflects the group’s higher gearing and traditionally lower margins. Yet with debt forecast to diminish and dividends back on the table, we think there is re-rating potential. Buy.