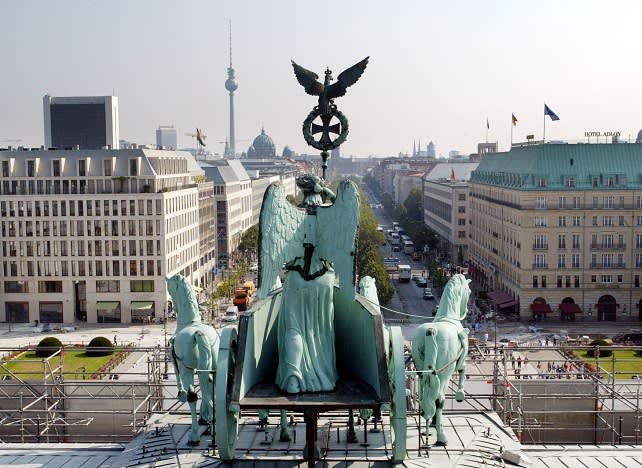 Residential landlord Phoenix Spree Deutschland (PSDL) says that around 85 per cent of its portfolio is now in Berlin, having sold its Nuremberg and Fürth assets for €35.2m (£31.0m), an 11 per cent premium to the December 2016 book value.

And it’s not hard to see why. Earlier restrictions on rents meant that new-build was largely uneconomical, leading to a significant supply/demand imbalance for apartments in Berlin. Current annual permits are running at around 16,000, while at least 20,000 new homes are needed each year, say bosses.

This has led to some astonishing increases in the value of existing assets and rents on new properties. New leases in Berlin in the first half of 2017 were being signed at a 44 per cent premium to passing rents, while annual rents grew by 5 per cent.

Phoenix is also generating revenue by selective sales of apartments situated in multi-storey blocks. Selling these individually will bring in more money than selling the block as a whole, and apartments were being sold in the first half at a 59.8 per cent premium to the portfolio average value.

Not surprisingly, adjusted net asset value increased by nearly a quarter to 334¢, helped by a portfolio valuation uplift of €70m compared with €21.7m a year earlier, and a 25 per cent jump in gross rental income.

Berlin is the only European capital city where GDP is below the country average, which means there is plenty of room for growth. Phoenix is ideally placed to benefit from this. Its shares trade at a premium to NAV, but a smaller one than its larger German peers. We retain our buy recommendation (144p, 10 Jul 2015). Buy.