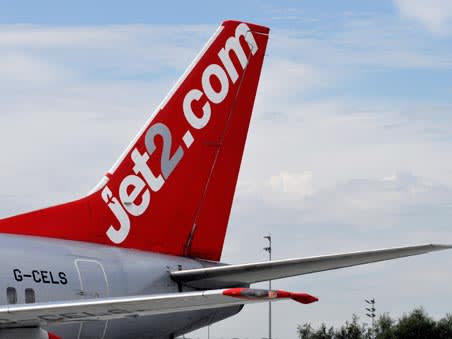 The owner of Jet2 believes adjusted profits will come in ahead of expectations for the full year, but is that enough to distract investors from capacity concerns?

Striking the right balance between excess capacity and ticket prices has been a key issue for European airlines this year, especially in light of the recent collapse of Monarch Airlines. At the half-year stage, Dart (DTG) – owner of the Jet2 airline – reported a 17 per cent fall in ticket yield per passenger (essentially how much money the airline makes per person) to £75.95. This reflected a whopping 41 per cent rise in seat capacity, although load factor was flat at 93.2 per cent. Now, prices have begun to rise, on average by around 2 per cent for package holidays, but margins still fell 1.2 percentage points to 12.3 per cent.

Executive chairman Phillip Meeson said he expected losses during the second half as the group spends more money on new aircraft, advertising and staff as part of its expansion plans across all operating bases during summer 2018. Two new bases recently opened at London Stansted and Birmingham and, encouragingly, already 57 per cent of the total year-on-year passenger growth of 2.07m has come from these locations. Half of this growth is derived from customers booking package holidays, which helps compensate for lower ticket yields for flight-only customers.

The share price jump on results day reflects the bullish assertion that adjusted profit should exceed expectations by the time the group reports full-year results next year. But at 13 times forward earnings, the shares actually trade at a discount to their history and to the sector – which implies there's ongoing caution when it comes to rising capacity across the European short-haul market. Hold.