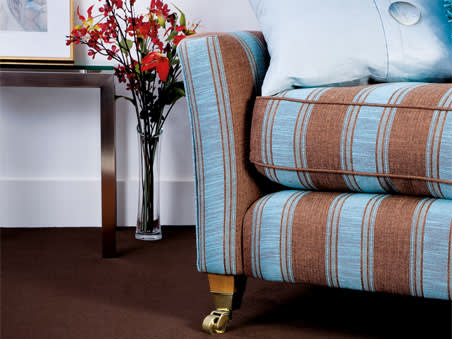 Victoria shares on the floor

Mixed messages from the flooring company's results have our heads spinning

Victoria (VCP) – a manufacturer and distributor of ceramic tiles (62 per cent of cash profit), carpet, underlays and artificial grass – offers two very different pictures of itself. On its own interpretation of underlying performance, its highly-acquisitive business goes from strength to strength. However, based on statutory numbers, profits have been very erratic. Meanwhile, debt is soaring. Such a confused picture makes us wary of the shares.

A significant proportion of the exceptional and one-off costs reported by the company relate to acquisitions. This includes amortisation, which reflects part of the historic investment to acquire businesses. We would regard this charge as highly relevant to investors in a highly-acquisitive company (the rapidly rising net debt is a reminder that the earnings from newly acquired subsidiaries do not come for free). Arguably, reorganisation costs and deal fees, which are another major component of the 'underlying' adjustments, also seem less of an exception and more a rule for Victoria. This reflects its strategy of using acquisitions to propel growth.

Another measure the company points to is the return on capital employed (ROCE) at the subsidiary level, which it says comes in at about 45 per cent. ROCE measures operating profit as a percentage of the capital employed by the business and can help guide investors to the value that can be generated from investing in organic growth. However, this is only a useful measure if capital employed is a good measure of the replacement cost of an asset. In a mature competitive industry such as flooring, it seems unlikely to us that returns of 45p to the pound are available from new investment without the industry being flooded with capital. We'd judge the amount Victoria is acquiring businesses for, including goodwill and intangible assets, as a fairer reflection of returns.

Victoria's underlying adjustments coupled with the rate of acquisition presents a very confusing picture for investors. Confidence has also not been helped by a number of disappointments during the last financial year. A unsuccessful attempt to refinance debt in November resulted in a £7.3m "exceptional" cost. The company has since agreed a new five-year debt facility, but the amount or the rates have not been given. The company also warned on profit twice. In February, it announced that cash profits would be about a tenth below consensus expectations due to challenging market conditions, increased volumes of low-margin products and a substantial rise in raw material prices. This follows a warning about margin pressure in October as a result of the company’s aggressive expansion.

Management does have skin in the game, and after the half-year results in December Mr Wilding bought £4.9m-worth of shares, although he has been a big seller in the past and courted controversy with a hugely generous incentive package. Until more clarity emerges in reporting, we rate the shares a sell.