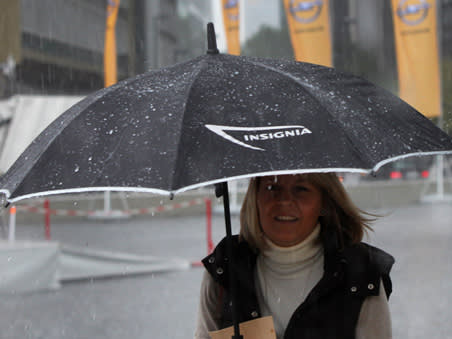 Warnings abound about a 'bubble' in bonds. Yet amid slow global growth and the prospect of more upheaval in the eurozone, investors remain reluctant to commit to equities either. Safety is paramount - so we seek out the funds that aren't necessarily 'safe havens' but rather 'shock absorbers' against ongoing market volatility and uncertainty.

Finding funds for uncertain conditions isn't an easy task. But with the prospects for capital growth looking generally uninspiring, income becomes more important than ever. "If you are expecting minimal capital growth, then a 4 per cent or 5 per cent income yield is a very good starting point for any investment," says Robert Pemberton, investment director at HFM Columbus. The question is, where's the best place to find it?

Increasingly, the answer seems to be "not bonds" - mainly because many advisers think governments and central banks are in the process of abandoning the 30-year fight against inflation that has so helped fixed-income assets. Alan Higgins, chief investment officer at private bank Coutts, argues that far from assuming that inflation will remain subdued, investors should be planning for the risk of it rising - and undermining returns from bonds. "Just as falling inflation in the 1980s-90s was a boon to long-term bondholders, we expect rising inflation over the coming decades to be their bane," he says.

"Just as falling inflation in the 1980s-90s was a boon to long-term bondholders, we expect rising inflation over the coming decades to be their bane"

If he's right, then equities will become much more attractive as a source of income - particularly shares in international companies with strong and rising dividends. Such companies tend to be large, defensively positioned and boast consistent demand: examples include pharmaceutical companies, which are likely to perform in all economic conditions, aided by spending from governments and the fact that people are always becoming ill. Tobacco companies' revenues are also resilient, but for different reasons.

These companies are also likely to have economies of scale which they can use to maximise profits. In addition, investors are being rewarded with an income flow while markets are volatile Even those for whom income is not a priority can benefit from growth through income reinvestment, points out Tim Cockerill of Rowan-Dartington.

Buying international shares is much easier than it used to be, and global defensive titans such as Procter & Gamble, Novartis and Roche are already on our buy list. But for many investors, funds are still a quicker, cheaper and more convenient way to add global income to a portfolio.

Mr Cockerill highlights M&G Global Dividend and Invesco Perpetual Global Equity Income (both IC Fund Tips) as two favourites. Darius McDermott of financial adviser Chelsea Financial Services likes the Threadneedle UK Equity Alpha Income. "If you take this further and look at this type of fund investing in Asia where there is still a growth story, Newton Asian Income is an option," he adds. Fund manager Jason Pidcock focuses on trends such as Asian urbanisation, employing a strict dividend yield discipline looking for a yield of 35 per cent above that of the index.

Another favourite of Mr McDermott is the Fidelity Moneybuilder Dividend Fund. Its manager, Michael Clark, focuses on companies with sustainable and growing dividends.

Seeking out the experienced stockpickers

The macroeconomic environment is increasingly being driven by unpredictable national politics, so many advisers think funds run by 'bottom-up' stock-pickers are a better bet. Rob Burgeman, divisional director of investment management at Brewin Dolphin, cites RIT Capital Partners (an IC Fund Tip) as an example. It was formerly known as the Rothschild Investment Trust, and around 30 per cent is still held by the Rothschild family.

"Their family connections often present unique investment opportunities and the trust, in turn, offers access to a basket of investments to which individual investors could not realistically obtain direct exposure. A good example of this is the joint venture recently announced with another grand name of finance - Rockefeller - under which RIT will take a large stake in Rockefeller Financial Services and develop joint propositions," he says.

"The team is particularly positive on global technology 'blue-chip' equities, as well as corporate credit, and is cautious on government bonds, emerging market equities and commodities. The portfolio is positioned to reflect these views," says Mr Burgeman.

Good stock pickers tend to invest for the longer term, and go for big, solid companies whose shares may not be obviously cheap, but which have long track records and great resilience. You should look for funds that do likewise.

Gavin Haynes, managing director of Whitechurch Securities says the Fundsmith Global Equity Fund, managed by Tullet Prebon chief executive Terry Smith, is a good example of a fund that focuses on quality. Mr Smith invests in a focused portfolio of around 25 solid companies that have been around for generations and are likely to be around for a long time to come. "The philosophy means he tends to buy global leaders with high cash generation," says Mr Haynes, who also points out that Mr Smith's buy-and-hold approach makes for very low portfolio turnover.

"Although there is no set definition of what a quality company is, there are some managers we think are better at identifying them”

Another fund with a focus on quality is JPMorgan Global Consumer Trends which offers exposure to a diversified portfolio of global leading and niche companies positioned to exploit changing trends in consumption. Examples of key themes are demographics, growing emerging market urbanisation, ageing populations in the developed world and health and wellness. Once the themes have been identified, the manager then focuses on stock selection with a view to identifying high-quality companies.

"Although there is no set definition of what a quality company is, there are some managers we think are better at identifying them,” says Adrian Lowcock of Bestinvest. He cites the Threadneedle European Select Fund (managed by former Investors Chronicle journalist David Dudding) who favours consumer companies with a competitive advantage over their rivals. His current top 10 includes Swiss food giant Nestlé, brewing giant Anheuser-Busch InBev and Anglo-Dutch group Unilever.

Mr Lowcock also highlights the Liontrust UK Smaller Companies Fund as "a rare example" of a small-cap fund that focuses on quality companies. Managers Anthony Cross and Julian Fosh target businesses with characteristics such as intellectual property or recurring revenues that will enable them to produce sustained high levels of profitability.

Mr Pemberton's view is that against the current economic backdrop investors should be sticking to what he calls the 'wise old owl' fund managers and simple, liquid funds, building their portfolios from the bottom up by adding layers of risk/reward.

He believes safe haven, 'conservatively managed' multi-asset funds are the best place to start and lists his top four choices as the Troy Trojan Fund (now soft-closed), CF Ruffer Total Return, Newton Real Return and CF Miton Special Situations Portfolio. All have wealth preservation as their primary mandate, but they're not scared to get involved in riskier assets when appropriate and have proved adept at doing so.

"These funds have a long track record of successfully switching between asset classes at the right time and when no asset class looks attractive to them they will instead hold a large cash position (maybe as much as a third of the fund) to preserve capital," explains Mr Pemberton.

Both the Ruffer Total Return Fund and Troy Trojan Fund hold substantial index-linked UK and US Treasury Bonds positions, which offer good 'tail risk' protection against any future inflation arising from the monetary stimulus programmes that are pumping huge amounts of extra money into global economies.

Moving up the risk/reward ladder, there are 'punchier' funds that have also done a good job of protecting investors on the downside, while still delivering good long-term returns. Global equity funds such as the Rathbone Global Opportunities fund is an adviser favourite in this regard.

It is also worth looking at those funds invested in the higher-growth areas of the world - such as Asia and the emerging markets. "These economies should provide access to companies that are growing strongly as the middle class expands and wages grow. However, there isn't a clear correlation between GDP and stock market growth, although this is where you expect the fund manager to come along and find those stocks that are going to do well," says Mr Cockerill. He highlights First State Global Emerging Market Leaders and First State Asia Pacific as the best funds for investing in what is generally regarded as higher-risk regions. A focus on capital preservation has led to strong relative performance in falling markets but the fund has done pretty well in rising markets, too.

Another option would be those funds investing in companies in markets with high barriers to entry, where the company can maintain above-average profits/returns for the long term because they have such a strong advantage - this might be an embedded distribution network, intellectual property, or repeat business such as licence fees on software. The Liontrust Special Situations Fund and JO Hambro UK Opportunities Fund are two funds that fall into this camp.