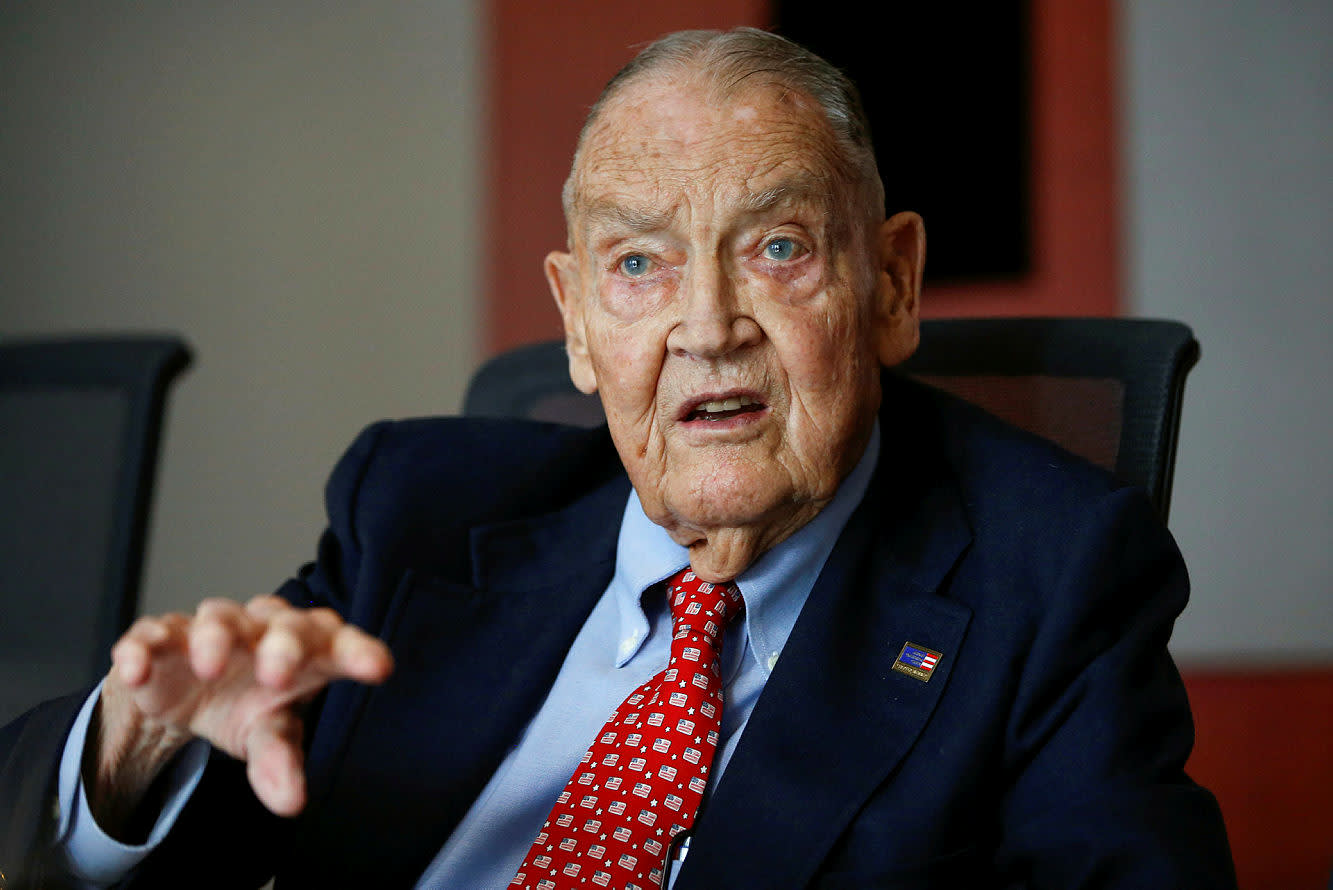 The cult of the founder weighs on Vanguard

Vanguard’s aggressive move into the clubby world of the investment advisory business looks set for a clash with John C. Bogle’s legacy

It is an old truth in business that the founder of a company casts a long shadow over his or her successors. This can influence its priorities, its culture and even its long-term approach to investment and business decisions. One of the oddest reporting experiences I can remember was a Chinese solar cell company whose founder and chairman - a gentlemen named as such in all the legal documents – exerted control and made business decisions, despite the apparent inconvenience of being dead; his wife would communicate his wishes to the rest of the board via the services of a medium. North Korea appears to have a similar arrangement with its “President for Eternity” Kim Il Sung.

Which brings us neatly to the world of global fund management and the recent sad passing of Vanguard founder John C. Bogle (1929-2019). Bogle’s activism over the years as an investor champion, and consistent innovation to bring down the costs of fund investing, made him something of a folk hero to retail investors in the US. From the invention of index-tracker funds, to no-load sales (absence of commission or fees on initial investments) and a structure that did away with an expensive over-arching fee-charging management company, Vanguard became an admired cost-conscious brand.

His passing opens the debate over whether the inheritors of that legacy find it an inspiration, or a burden, as they try and take the Vanguard business in a new direction? From now on, do Vanguard’s business decisions accord with Jack Bogle’s original vision?

Jack Bogle made his name in the cloistered world of the US fund management industry in the 1950s and started applying early forms of portfolio theory to the funds he managed. It is hard to imagine it now but relatively straightforward concepts like “diversification” were completely novel at the time. Bogle is also credited with developing multi-tiered bond portfolios that form the basis of modern fixed-income management techniques.  Vanguard itself, was founded in the aftermath of the punishing 1973-74 bear market with just over $1.8bn under management. A history buff, Bogle chose the name of Nelson’s flagship at the “Battle of the Nile” to suggest its status as fearless pioneer: 40 years later and Vanguard has over $6.2trn under management.

The times they are a-changing

In contrast to the local and national scene that existed when Vanguard was founded, modern fund management has become a globalised business in the past couple of decades. The rise of large numbers of newly affluent investors in emerging economies and a low-interest rate environment, means that fund managers are struggling to profitably invest large capital inflows. Adding to these inflows are the funds that banks can no longer use in their now defunct proprietary trading operations. The emphasis now on simply matching market performance at a reasonable cost means the once small index-tracking market has exploded, with all the major asset managers now competing with Vanguard directly and passive investing of all types increasingly becoming the dominant market strategy.

So, with that in mind, Vanguard’s move into advisory services in the UK, and more generally, has a certain business logic that would accord with Jack Bogle’s philosophy. The service is cheap, just 0.79 per cent in ongoing fees, whereas St James’ Place might charge somewhere between 2 and 2.3 per cent a year. To qualify, you’ll need £50,000 or more in assets and it may not be able to handle complex personal circumstances like multiple pensions from different companies. Anyone with more than £750,000 in assets gets their own personal adviser. The service can afford to be cheap because it relies on online questionnaires that trigger algorithm-generated portfolios that match the range of answers on risk appetite, asset allocation, investment goals etc.

Algorithm portfolios have been around for a while in the boutique market, but a service offered by an entity of Vanguard’s size and financial clout is unusual – both in its scope and the fact that Vanguard has traditionally shied away from the distribution side. It also comes at a time when some managers are actively dumping their retail client base in favour of institutions and every other week seems to see the launch of an “app-only” online broker offering a cheap investment platform for the retail market.

The rise of risk

No one disputes the fact that the advisory world is due some competition, so, all-in-all, the ghost of the founder can rest easy. However, there was one interesting piece of information on Vanguard’s future strategy that you really had to scour the trade press for: Vanguard’s broadening foray into the murky world of illiquid private equity funds. Citywire reports that since first launching its private equity business in 2020, Vanguard has partnered up with HarbourVest to start a private equity fund aimed at smaller institutional investors.

What is eye-catching about the report is that lower costs do not seem to be a factor in Vanguard’s thinking when it comes to private equity. According to Citywire, the head of private equity at Vanguard Fran Kinniry said: “We don’t want to just be low cost, because you really want to think about how you can deliver high client outcomes.”

1951 – Writes a thesis on “The Economic Role of the Investment Company” becomes a protégé of Walter L. Morgan, founder of the Wellington Fund.

1958 – Starts funds that have diversified holdings.