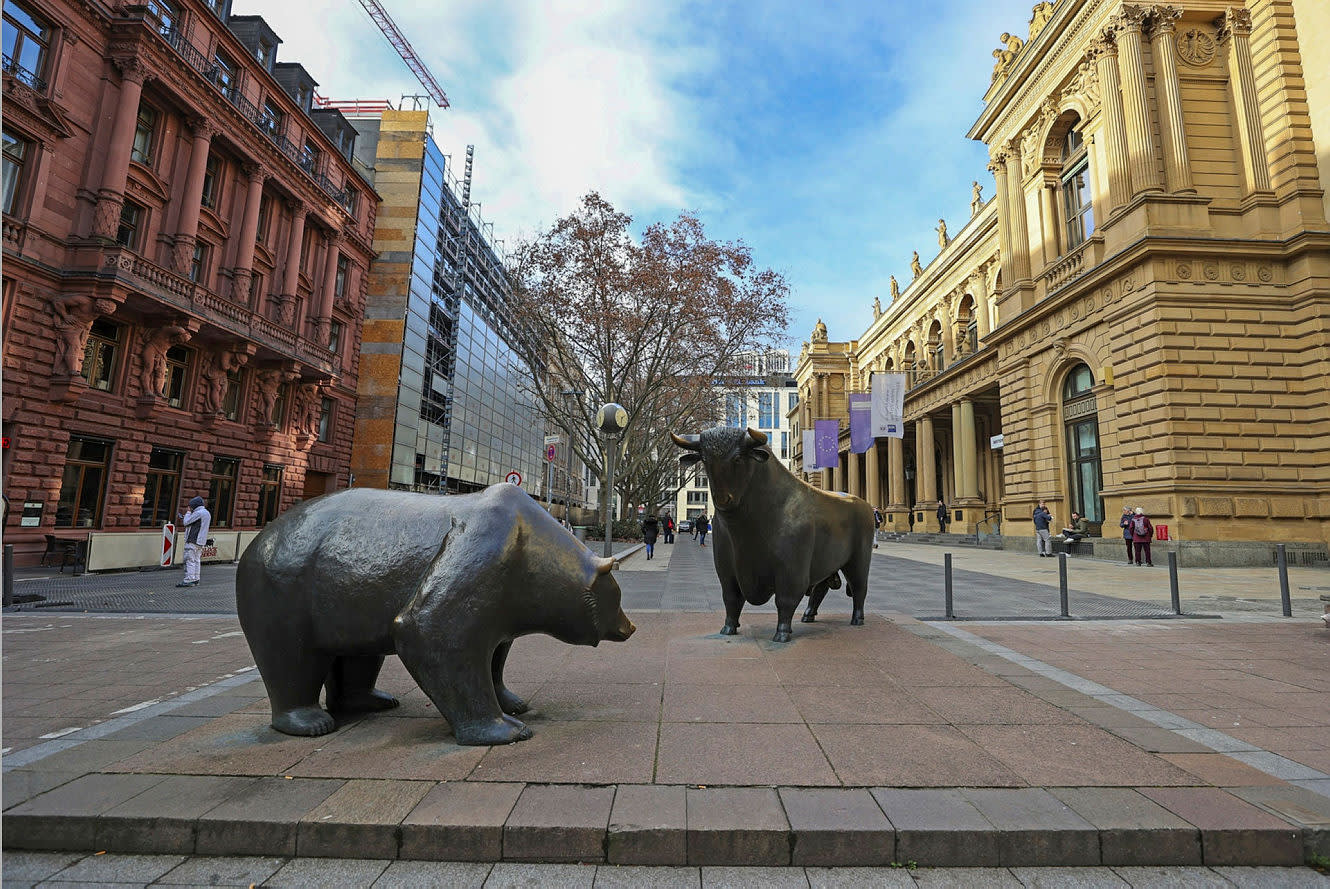 When Money Dies by Adam Fergusson was initially published midway through the 1970s. At the time, western economies were trying to keep a lid on the inflationary pressures unleashed by the Arab oil embargo following the Yom Kippur War.

The book, an examination of the economic, political and societal impacts of hyperinflation in Germany’s Weimar Republic, was republished in the aftermath of the global financial crisis, as concerns mounted over a rapid increase in the money supply and its potential effect on dollar value and consumer prices.

10-years on, and fears over the impact of excessive state intervention have resurfaced, thanks to the support measures introduced following last year’s virus outbreak. People are probably justified in feeling a little nervous.

The US national debt stands at around $28.3 trillion (£19.9 trillion), or $85,000 per head of population. The ratio of US federal debt to gross domestic product (GDP) stood at 34.6 per cent in 1980. It has ballooned to 128 per cent – and that’s before the unprecedented spending commitments of the Biden administration.

To some modern economists the deficit spending this entails isn’t necessarily a bad thing. Indeed, in The Deficit Myth: Modern Monetary Theory and the Birth of the People’s Economy, the author Stephanie Kelton argues that public deficits can strengthen an economy and lead to faster growth.

We don’t have the space to meaningfully contrast Kelton’s views with those of the more classical economic theories outlined by Fergusson, but Weimar Germany’s convulsions in the interwar years provide a sobering historical perspective for those in fear of hyperinflation and dollar collapse.

The book also gives an insight into the development of the modern German psyche. From December 1991, through to the end of last year, Germany recorded an average fiscal deficit representing 2.2 per cent of GDP. That figure would almost certainly be in positive territory without the massive costs associated with reunification. Indeed, prior to the pandemic Germany ran a record budget surplus of €13.5bn (£11.6bn) and had registered an average surplus of 1.49 per cent in the five years leading up to the outbreak.

Little wonder that Germany is synonymous with fiscal discipline. And its household savings rate is also roughly twice that of the US. There is something in the nation’s DNA which explains why the onus is on sound public finances and its citizens’ propensity to squirrel away discretionary income. This conservatism can be traced back to the hyperinflation which wiped out much of the nation’s wealth in the period 1921-23.

It would be disingenuous to suggest that any singular reason is responsible for an inflation rate which resulted in a situation where prices doubled roughly every four days. But Germany’s decision to finance its Great War effort through borrowing was predicated on the assumption that the German army would eventually prevail. The country had eliminated the gold standard at the commencement of hostilities and had decided to meet its borrowings through the imposition of a reparations schedule on France and other allied powers once victory was complete.

Things didn’t quite run along those lines. And by 1922 Germany had defaulted on its own reparation commitments under the Treaty of Versailles. French and Belgium troops duly occupied the Ruhr Valley – the country’s industrial heartland – and the Weimar government started printing Deutsche Papiermarks to pay the wages of Germans who were refusing to work or co-operate with the foreign troops. Within a year, German printing presses were churning out high-denomination notes that were worth less than the money needed to print them, while people watched helplessly as their life savings disappeared. A consolidated “Rentenmark” (a land-backed precursor to the Reichsmark) was issued at the end of 1923 to stop the hyperinflation, which helped to stabilise the situation.

What caused inflation to gallop ahead even as economic growth stalled? Well, if people anticipate that money is losing value, they will invariably reduce their individual cash holdings. This was taken to an extreme in Weimar Germany. And the excess cash circulating in the economy caused prices and money depreciation to rise faster than the rate of money creation – an unvirtuous circle duly ensued.

It is true that modern central banks have more levers at their disposal to keep inflationary pressures in check, but it is also true that those economies perpetually reliant on deficit financing have become more vulnerable to interest rate volatility. And currency debasement and/or asset inflation can leech out in many ways. Just consider how many long-term homeowners that you know who could realistically afford to buy the house they’re living in.

It’s worth remembering that the total stock of notes and coins in the economy did not crank up appreciably due to quantitative easing programmes, although there are troubling signs that more money is now chasing fewer goods in the economy. (It could be argued that the clamour over cryptocurrencies is symptomatic of currency debasement.)

The spectre of hyperinflation still seems a distant prospect, and unlike Weimar Germany in 1923, barter is not set to become the preferred means of exchange, but that’s not because of any prudence on the part of politicians and central bankers.