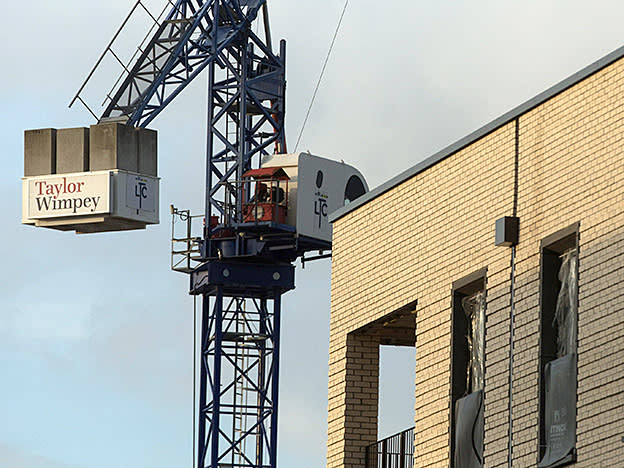 A housing market on fire

Robin Hardy assesses the risk of a housing crash

In June Bank of England (BoE) chief economist Andy Haldane said: “...the housing market in the UK is on fire”, a fact plain for all to see with the leading house price indices (Halifax and Nationwide) showing year-on-year increases exceeding 10 per cent (13.4 per cent at Nationwide) that same month. Taken with wider concerns about inflation, should we be worried that the housing market is a bubble? Not so according to the CEO of the UK’s third-largest house builder Taylor Wimpey (TW.) who stated in early August that we have an “entirely healthy and stable housing market”. That certainly feels like a bullish view to hold.

What is a bubble?

A housing market bubble is a surge in house prices fuelled by demand, speculation, central policy and loose lending. Housing bubbles usually start with a supply/demand imbalance which pushes asset prices to levels misaligned with historic norms. Here that means prices relative to incomes or mortgage payments against disposable income. While in this cycle the demand/supply imbalance, policy and loose lending are present, speculation is not unlike most previous runaway UK markets. Speculation in housing is primarily ‘buy-to-let’ investment but recent punitive tax treatment and low house price inflation have deterred investors.

A bubble will burst or deflate (house prices fall) when one or more of the key drivers changes significantly, and usually rapidly. So are we in a bubble? Most likely we are and certainly double-digit increases in house prices cannot be sustained.

Three main factors drove the housing market surge in the past 18 months.

First, the so-called ‘race for space’ or ‘escape to the country’. Covid home working has caused many home buyers to seek out larger living space in the process driving an urban exit, especially from London. Even a small home in the capital trades up to a lot of space in provincial markets, so not only did localised demand spike, but the purchasing power of buyers shot up. This may not yet have run its course but demand is visibly slowing (according to estate agents via RICS surveys) and after such a strong surge, underlying demand is inevitably depleted and marginal buyers are priced out. Supply in the UK is highly inflexible and typically lags increases in demand but it is now increasing and beginning to reverse market imbalances. Not enough to create a deflationary buyers’ market but enough to dampen inflation.

Second, central policy – cuts in Stamp Duty (SDLT). Saving up to £15,000 on moving costs was a powerful lure although most home movers saw prices rise by a multiple of any SDLT saving. On the UK average house price (£216,000 in June 2020), SDLT savings were c.£1,820 but prices rose by £29,000. Above £500,000 the difference was less acute but SDLT saving of £15,000 compared with price rises of £57,000. SDLT cuts were tapered in July and revert to normal levels in September which will likely lower demand as more opportunistic movers are eliminated. Governments, however, cannot resist meddling in the housing market so watch out for fresh intervention.

Third, cheap money and looser lending. Mortgage rates are at record lows and feel unlikely to rise to anywhere close to the old norms (ie > 5 per cent). Coupled with much longer mortgage lifespans, buyers' monthly mortgage payments are low relative to disposable income, even though income multiples for mortgages have increased. While these are not a new phenomena, it has certainly made any decision to move, driven by the other factors, more viable financially.

Is the bubble about to burst?

More likely deflate than burst but either way Taylor Wimpey’s view of a fully stable market feels unrealistic. Bubble bursts usually need triggers or shocks and those are not evident today. Speculation is not an issue, sharply rising unemployment feels unlikely, there are not major mortgage arrears, mortgage rates remain low (for now) and lenders are still open for business. So where is the risk? We would look at the mortgage lenders’ likely reaction to steeply rising then deflating house prices, the steep decline in affordability and that lenders seem already to be looking to de-risk while restoring profitability.

Mortgage rates may have fallen in recent months but many are still higher than pre-Covid, especially 90 percent LTVs and overall rates must be close to a nadir if lenders want to remain profitable. Two-year fixed-rate 75 per cent LTV loans are today priced at an average 1.3 per cent and with rate swaps/wholesale funds and overheads both costing around 0.5 per cent, there is already little left for profit. There is a price war taking place with rates below 1 per cent but only for low ratio borrowers which looks like an attempt to lower blended mortgage portfolio risk. This could be loss-making and will need to be recouped elsewhere.

At the opposite end, lending above 90 per cent LTV has collapsed, in 2019 accounting for 5 per cent of new loans, it is now just 1.25 per cent according to the FCA. All told, mortgages appear set to cost more, with fewer borrowers able to secure high income multiples and high LTVs which is a problem with prices in some local markets up by more than 15 per cent. The table below shows how much more a 90 per cent loan on the UK average house price costs today versus just before Covid. On this basis, affordability starts to look strained and that points to a market contraction.

Irrespective of how much people may want to enter or move up through the housing market, almost all rely on borrowed money which means that mortgage lenders hold all of the cards. Lenders are always nervous after a market surge and we suspect that in coming months we will see lenders increasingly baulk at agreed selling prices and begin to make more ‘down valuations’. That lenders are already making moves to lower their lending risk can only mean that securing a mortgage for many people is likely to get tougher. Also as lenders are not able easily to disaggregate the relative impacts of SDLT cuts and the ‘race for space’, the return to a full SDLT regime will make lenders more wary from September on.

There may be few immediate signs of the market bursting but deflation certainly feels likely but there is very little of a major reversal in prices. The rate of price increases has already slowed and Nationwide reported a drop of 0.5 per cent in July. There is a good chance that this continues and that by the end of 2021 house prices will be lower than today (perhaps by as much as 5 per cent), even though year-on-year changes would still show as positive.

The only way that investors can easily play the housing market is through the UK’s quoted housebuilders, so what of their prospects? In the sector’s mind, the sun is always shining and management teams rarely seem to see danger, or if they do they keep it to themselves. Recent trading statements have been very positive but the market is in a rebound and there is likely to be a great deal of catch-up demand that can easily be misconstrued as growth. Managements’ views, that largely echo Taylor Wimpey’s, do overlook a number of issues the sector faces.

Firstly, cost inflation. Build costs are already rising by around 3 per cent per year and higher rates feel inevitable for labour and materials. This is fine when selling prices are rising but if flat or falling there is no way to recoup it as housebuilders do not set their own prices: existing homes and mortgage lenders do that. Second, cladding rectification costs. The builders have now been made more responsible for potentially sizeable rectification costs for dangerous cladding reaching back 15 years. Third, there is growing pressure for house builders to compensate for buyers' financial losses due to onerous leasehold terms. Fourth, zero carbon is back on the new build agenda after being scrapped in 2008 and is set to raise build costs further.

These too may be hard to recover through higher selling prices. Fifth, Help-to-Buy fully closes down in 18 months having been limited to first-time buyers and subject to price caps since March 2021. The  government-backed 95 per cent mortgage guarantee picks up some slack here but is substantially more expensive than an HTB loan for a borrower with the same deposit. It will also exclude many buyers on lower incomes. This could cause new-build homes to lose market share and/or make them more expensive to sell. Sixth, falling prices rot margins. Every 1 per cent fall in prices cuts profits by around 5 per cent and we are likely to see prices step back by a few percentage points from today’s levels.

Looking at the sector on a PE basis (which is preferable to price-to-book ratios), the shares might appear cheap with most PE ratios in single digits, but beware: the sector faces quite a number of issues. Housebuilders are not necessarily cheap but instead are trading at a discount to reflect risk and quality of earnings issues due to the significant artificial boost to profits from soon-to-end housing policy and unsustainable inflation. Yields might also look attractive but despite protestations pre-covid of how robust payments were and even with large net cash positions, dividends were cut or suspended. Also yields remain distorted by the presence of special dividends: if there is nothing better to do with an excess, housebuilders should be buying back shares, as Berkeley Group (BKG) has for many years, which is more likely to create sustainable shareholder value.

The housebuilding sector might appear under-valued but feels a lot more like a value trap: things are often cheap for a reason.