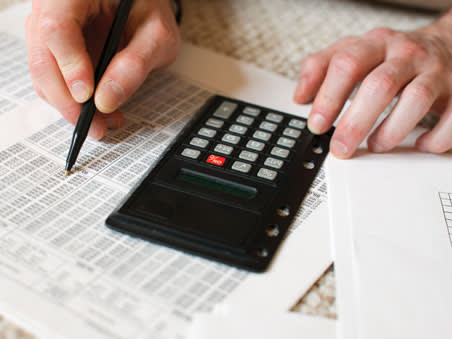 The multi-trillion dollar problem with accounting standards for intangibles

The accounting standards that deal with intangible investments are infuriating. An recent estimate of the intangible spending by Russell 3000 companies last year shows just how infuriated investors, entrepreneurs and regulators should be.

Company accounts work on the principle of matching. This means a company tries to match its costs with the income the spending generates.

For 'tangible' investments, the accounting standards principle makes sense. Companies initially record spending, such as investment in machinery or property, as an asset on the balance sheet rather than as an expense. The cost of that asset is then matched against the benefit it produces through a series of depreciation charges throughout the asset’s income-generating life.

But when it comes to intangibles, it’s different. There is an accounting mis-match. The vast majority of companies' intangible investments (eg, research & development, brand building, software projects) are treated as day-to-day expenses despite benefits from the spending reaching far into the future.

The consequence of the mis-match for companies focused on intangibles is that reported profits are understated when they are investing in growth (ie, when investment spending is higher than a depreciation charge would have been had all investment been treated as 'tangible'). What’s more, reported profits for such companies will appear to grow faster as investment in growth slows (ie, when the gap narrows between investment spending and what depreciation would have been).

Big users of intangibles also have balance sheets that significantly understate the true level of investment in the business. This often makes such businesses appear far more efficient capital allocators than they actually are (ie, higher RoE, RoA, ROCE, etc).

How much does this matter?

The answer is loads. A demonstration of just how much comes from some recent Morgan Stanley research by author, academic and market strategist Michael Mauboussin.

Using a method for identifying spending on intangibles developed by academics Luminita Enache and Anup Srivastava, Mauboussin calculates that in 2020 intangible investment by Russell 3000 companies came in at a massive $1.8tn. Incredibly, that was more than double the $800bn of capital expenditure that found a home on balance sheets.

For anyone that is interested in efficient capital allocation (that’s almost everyone given the whole of society benefits from more efficient use of resources) this is an incredibly significant issue. However, there are vested interests to encourage inaction.

Were company management to provide proper information on intangible investments in accounts, they would also need to frequently make embarrassing impairment charges as the nature of many intangibles – such as R&D – means failure is part of the process. For auditors, having a new, hard-to-validate and slippery item to assess would increase litigation risk. Large institutional investors, meanwhile, may see an information edge from developing ways to navigate through the accounting fog.

The accounting treatment of intangibles is a massive problem for investors. All investors need to be aware of how flawed the numbers in many companies’ income statements and balance sheets have become. One small mercy is that cash-flow statements are unaffected.