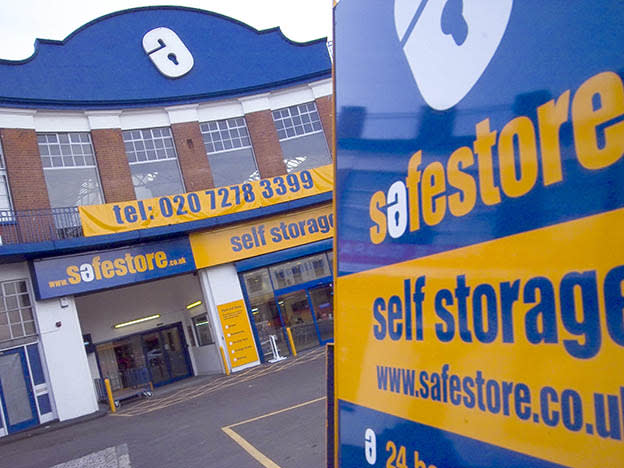 A group that makes its money letting storage space to consumers and business owners in the UK and Europe is hardly likely to be headline-grabbing. Yet Safestore’s (SAFE) earnings potential has not gone unnoticed by investors. Over the past five years, the self-storage specialist has delivered a stellar outperformance of the broader market, notching up a share price gain of 167 per cent versus 15 per cent for the FTSE 350.

The group, which is the largest self-storage provider in the UK, has grabbed further attention since the March 2020 market crash. Buoyed by a housing market boom and rising demand from ecommerce, the group occupancy rate has risen sharply over the past 12 months. That led management to raise earnings guidance for the 2021 financial year twice in under four months.

In February, management announced that earnings this year are likely to be at the top end of market expectations before revealing in May that adjusted diluted EPRA earnings would be in the range of 37p to 38p a share, equivalent to annual growth of around a quarter. This bullishness prompted a further raft of analyst upgrades to forecasts not only for this year, but also 2022 and 2023.

The shares trade at a substantial premium to the group’s net asset value. Yet, priced based on the earnings being generated by the operating platform that it has built, Safestore’s valuation looks less demanding. In fact, the shares trade at a discount to smaller peers such as Big Yellow (BYG) and Aim-traded Lok’n Store.

The group’s strong pandemic performance has been driven by an acceleration in the level of space let within the core UK operations which account for three-quarters of group revenue. By the end of April, occupancy stood at 82.4 per cent, up on 70.6 per cent at the same point last year. Admittedly, the latter reflects a short-lived rise in move-outs in the immediate aftermath of the first national lockdown. However, the gain in occupancy is more noteworthy when viewed against a pre-pandemic rate of 73 per cent at the end of January last year.

Against a more muted uptick in the average store rate, the inflow of customers drove like-for-like storage revenue for the UK up 14 per cent during the second quarter. It follows a 2020 performance that beat market expectations, which management attributed to a booming housing market and rising demand among business owners for space to service ecommerce.

The latter is a long-term trend that has merely been accelerated by the pandemic. The former looks likely to ease once the stamp duty break ends completely at the end of September. Could that spell a slowdown in the rate of new lets? Perhaps, but investors may find succour in the fact that Safestore has estimated that UK owner-occupied housing transactions drove only around 10-15 per cent of the group’s new lets in 2020. That is despite customers renting space for personal use accounting for 59 per cent of occupancy.

Safestore’s good fortune is symptomatic of the low supply of self-storage space in the UK, compared with othercountries such as the US and Australia.Self-storage capacity stands at 0.73 square foot (sq ft) per head of population in theUK, according to the Self Storage Association’s 2020 annual survey, compared with 9.44 sq ft in the US and 1.89 sq ft in Australia.

Yet, given self-storage customers are “brand blind”, according to Safestore, fine-tuning its marketing capabilities is key to capitalising on the supply-demand imbalance. The group has been investing in its website and digital marketing in order to reach more customers, which includes boosting its search engine prominence. That paid off during the pandemic, as online enquiries rose to 88 per cent of the UK total in 2020, from 83 per cent in the prior year and from 75 per cent to 79 per cent in France.

Management bullishness has been reflected in a series of analyst upgrades to earnings forecasts for this year and next. Since the start of the year, the consensus EPS forecast for 2021 has increased by 16 per cent and by 15 per cent for next year. Confidence in the group’s prospects has been bolstered by earnings that have been resilient throughout the pandemic, increasing by 6 per cent in the 12 months to October 2020, with a further 22 per cent rise forecast by analysts this year. That follows an impressive track record in building earnings, which have grown at a compound annual rate of16 per cent since 2013.

Unlike Big Yellow and Lok’n Store, Safestore operates not just in the UK but on the continent, too. Of the group’s existing 159 stores, just over two-thirds are freehold versus leasehold. It continues to develop and acquire new stores in the UK, France and Spain, as well Belgium and the Netherlands via its joint venture with Carlyle. Last year it opened nine new stores including four in Barcelona via the acquisition of OMB Self Storage in December 2019. There are a further five stores in the pipeline, three of which are due to open this year. New openings are focused in Paris and London, locations where limited site availability, high land prices and planning restrictions have created high barriers to entry.

There is money available to execute expansion plans. The group has £148m of untapped bank facilities and strong free cash generation. After paying out £37.7m in dividends and accounting for maintenance capital expenditure, free cash flow rose 12 per cent to £24.2m last year. The balance sheet is also in strong shape. The loan-to-value ratio stood at a conservative 29 per cent at the end of October, down from 31 per cent a  year earlier thanks to a rise in the value of the portfolio. That was substantially below a maximum of 60 per cent under the terms of its banking covenants. The interest cover ratio – defined as adjusted cash profits versus interest – stood at nine, substantially above a covenant minimum ratio of 2.4.

The shares have risen by just over a third over the past 12 months and by 17 per cent since the roadmap out of lockdown was announced in February. They now stand at an all-time high and a 62 per cent premium to forecast net asset value at the end of October. However, on a forward price/earnings basis, the shares trade on a multiple of 26. That is below a pre-pandemic multiple of 29 and also a discount to Big Yellow and Lok’n Store, which trade at multiples of 29 and 38, respectively. On that basis, Safestore looks attractive.