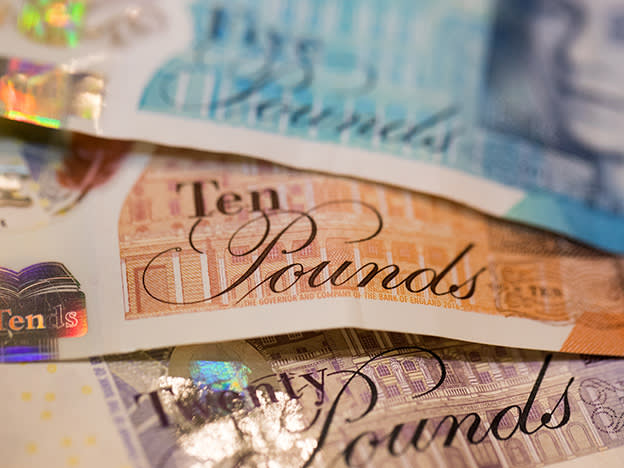 How to mitigate the effects of inflation on your assets

If you have a good income a slight rise in the cost of basic goods and services is unlikely to be a great concern. But higher inflation still has financial implications for you, especially if you are retired. So it is important to establish what parts of your outgoings may rise and by how much.

“We look at all [our clients’] expenditure and, in particular, how much they spend relative to their liquid wealth,” explains Svenja Keller, head of wealth planning at Killik & Co. “And some items of expenditure rise at a higher rate than standard inflation, for example, school fees and long-term care costs.”

Inflation can erode the value of assets reducing your future spending power. So it is important to know how your wealth is distributed and inflation affects what you hold. “Understand what you’ve and how it works,” says Tim Holmes, managing director at Salisbury House Wealth. “[Establish] the positive and negative effects of inflation on it.”

The state pension and some private pensions, such as defined-benefit schemes, rise in line with inflation. So if you are close to state pension age but a shortfall in your National Insurance contributions means that you do not qualify for it in full, you could buy additional years’ contributions.

“Each credit buys £266.83 per year of state pension which is increased by the higher of 2.5 per cent, consumer price inflation (CPI) inflation or the increase in national average wages,” explains Kay Ingram, chartered financial planner at LEBC Group.

If you are still working at state retirement age or have other adequate income and expect to a longer lifespan, you could increase your state pension entitlement by deferring the start of payment for up to nine weeks at a time. “Over a full year, this increases the pension at a rate of 5.8 per cent for each year of deferment,” says Ingram.

Annuities provide a guaranteed income for life, but rates are poor on these products. So you could use annuities for part of your retirement income to ensure a secure minimum level of income alongside the state pension. If you are looking to buy an annuity with some of your assets you could get one that is linked to inflation, but it is important to ensure that this is right for your circumstances.

“While an index-linked pension or an annuity starts at a lower level than one which stays the same throughout life, there will be a breakeven point when the cumulative value of the index-linked income exceeds the higher flat rate income,” explains Ingram. “Considering your health and potential life expectancy can help to decide whether to opt for a higher starting income which will fall in real terms over time, or forego some income in the early years of retirement in return for indexation.”

If you have health problems or smoke you may qualify for an annuity which pays a higher level of income due to expected lower life expectancy.

A number of personal tax allowances, including the Lifetime Allowance, have been frozen until 2026 so rising inflation makes them less valuable over time and could result in a bigger proportion of wealth being taxed. “Even moderate inflation has a big impact on these, assuming a steady 2 per cent annual rate in line with the Bank of England long-term inflation target so try to use the allowances that are available to you,” says Ingram.

So try to use the allowances that are available to you, if you have the capacity.

Assets you hold to provide income in retirement should overall generate a return that at least keeps up with inflation. But it doesn’t mean that you should put all your assets into in higher risk, higher return investments. Getting the right balance between cash and higher growth assets is very important.

“Inflation is one risk that needs to be looked at, but a financial plan and investment strategy is based on more than inflation protection," says Keller. "It pulls together a number of risks, objectives, preferences and circumstances that all flow into the overall end result."

Jason Hollands, managing director at Tilney, adds that inflation may only be temporary so it would not be a good idea to move wholesale to a strategy and allocation for something that does not materialise or last long.

However, it is worth searching for the best rates for what you hold in cash using comparison websites such as moneyfacts.co.uk or moneysupermarket.com. And your investment platform or broker may offer a cash management service which allocates your holdings to accounts with some of the better interest rates.

NS&I Index-linked Savings Certificates are linked to CPI so are a valuable way to ensure that your savings keep up with inflation. These are not open to new savers but if you already hold them, when they mature you can renew them for the same term as you had before, or three or five years.

Bonds can also be negatively affected by inflation but remain an important part of cautious and balanced investors’ portfolios, and higher risk portfolios should not be entirely focused on equities.

For the bond component of your portfolio, Hollands suggests avoiding long duration bonds as these can react in a volatile way to interest rate and inflation expectations. He suggests reducing your allocation to them if you have a lot in this area.

Short terms gilts (UK government bonds), index-linked bonds and corporate bonds tend to be less sensitive to the effects of inflation, in particular high yield bonds whose yields may compensate for higher inflation. However high yield bonds pay a higher coupon because they are considered more likely to default.

Hollands suggests funds focused on shorter term bonds such as AXA US Short Duration High Yield (GB00B5T0SW38). Alternatively, you could hold a strategic bond fund whose manager can allocate across the fixed income spectrum, focusing the fund on what look like the best areas for the current investment climate and avoiding ones which face headwinds. Options include Jupiter Strategic Bond (GB00B544HM32) and see the IC Top 100 Funds for further suggestions.

For longer term assets, options include shares in companies which can pass on price increases to customers or have an inbuilt inflation price adjustment. These include companies in areas such as transport, energy, infrastructure and consumer staples where demand is less sensitive to price rises.

Hollands suggests exposure to businesses with strong balance sheets which can churn out dividends. You can access these via equity income funds such as Fidelity Global Dividend (GB00B7778087).

Ingram also suggests investing in commodities and technologies where demand is expected to increase prices, and avoiding older technology and resources less likely to be important in the future. “So, for example, clean energy, rather than oil and gas,” she explains.

Hollands suggests more value tilted areas which have been out of favour like financials via funds such as Fidelity Special Situations (GB00B88V3X40) which had over a quarter of its assets in this area at the end of May.

Another area which could help to mitigate the effects of inflation on a portfolio is infrastructure which should benefit as governments look to rebuild economies following the economic damage inflicted by the Covid-19 pandemic. “This can involve long-term projects with 25 year plus contracts which may include an element of inflation protection,” says Hollands.

Funds for exposure to this area include Lazard Global Listed Infrastructure Equity (IE00B5NXD345).