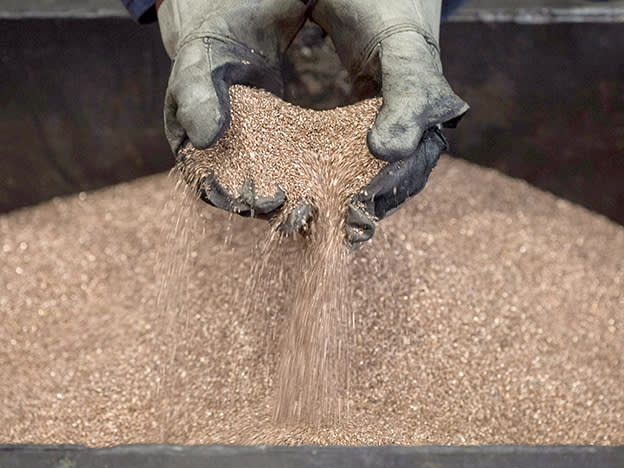 Jubilee Metals (JLP: 16p), an Aim-traded mining company that makes money by extracting platinum group metals (PGMs) and copper from mine tailings in South Africa and Zambia, is on the cusp of delivering a major ramp up in revenue and earnings from its copper operations.

In Zambia, the group is finalising its new Roan processing plant which will supply copper units to Jubilee’s wholly owned commissioned Sable Refinery, located adjacent to its Kabwe tailings resource in the Zambian Copper Belt.

The project should complete in the first half of this year, which will enable Sable to increase annual output to 10,000 tonnes of copper cathode, equating to 70 per cent of Sable’s capacity. To put that figure into perspective, it’s more than five times Jubilee’s copper production in the past 12 months. Importantly, Jubilee has agreements in place on over 300m tonnes of copper and cobalt tailings that will enable the group to ultimately boost annual output to more than 25,000 tonnes of copper once it has recommissioned the Leopard refinery at Nkana to treat tailings from its Lechwe and Elephant facilities.

Sabre has relatively fixed operating costs and a targeted unit cost of US$4,000 (£2,953) per tonne, so is hugely profitable at the current copper spot of US$9,800 per tonne. Jubilee’s Zambian copper operations produced attributable earnings of £3.2m on 1,314 tonnes of copper output in the second half of last year, but the operational gearing of the business is such that profits will surge from this point as revenue builds. Analyst Paul Smith at WH Ireland estimates that the Sable and Leopard refineries could produce annual copper cathode of 14,700 tonnes and 3,400 tonnes of copper concentrate in the 2022/23 financial year.

At current prices, these two operations alone could deliver revenue of $150m and operating profit of $69m. That’s as much profit as Jubilee is expected to earn from its hugely profitable PGM dump activities in South Africa which have a low operating cost of $500 per ounce (oz) and a basket price north of $1,800 per oz. The scaling up of Jubilee’s copper production explains why Smith expects group pre-tax profit to almost double to £110m in 2022/23 and earnings per share (EPS) to rise by more than two-thirds to 3.3p.

I highlighted the investment case when Jubilee’s shares were priced below 16p and suggested fair value of 25p (Alpha Research: ‘A copper bottomed investment for the mining bull market’, 26 April 2021). Although the share price rallied to 22p, the shares then succumbed to profit taking and the price has traded sideways since my last buy call at 17.3p (‘A copper bottomed investment’, 25 August 2021). However, with copper production and profits both set to surge, and priced on a modest forward price/earnings ratio of five, another rally is overdue. Buy.