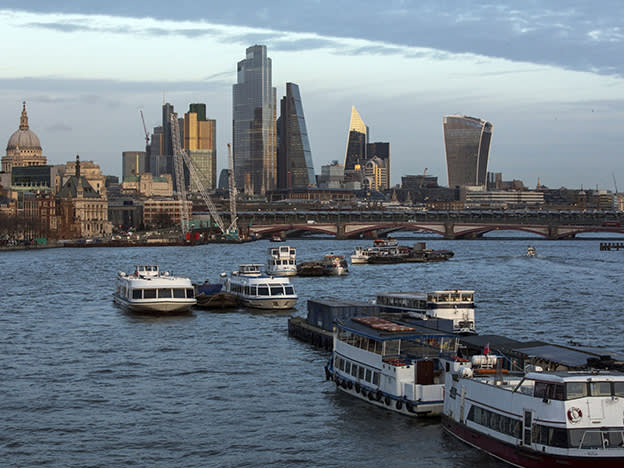 The term ‘Steady Eddie’ isn't always a compliment. It implies a plodding competence; an uninspiring dependability. When it comes to investments, however, this is sometimes exactly what's needed.

In many ways, it is unfair to cast Gateley (GTLY) in this role at all. In 2015, it became the first UK law firm to list its shares on the London Stock Exchange, breaking away from the traditional limited liability partnership model. Since then, it has been a remarkably solid source of growth. Revenue has risen consistently – even through the pandemic – and profits have proved almost as resilient.

Other metrics are also strong. Gateley’s return on capital employed has not dipped below 20 per cent since its listing, and dividends rose every year until Covid hit and cash-saving measures were introduced. After a brief hiatus, dividends have been reinstated and, for the year just ended, will exceed 2018-19 levels.

Momentum is now building. In June, management announced that trading for the year ended 30 April 2022 would be ahead of the City's forecasts. Revenue is due to reach at least £137mn – 13 per cent higher than last year – while underlying profit before tax is expected to rise to £21.5mn, 11 per cent higher than in the prvious period.

Things have settled down a little since then. Analysts at broker Liberum expect Gateley’s property section – which makes up over 40 per cent of group sales – to grow revenue by 15 per cent this year, and corporate sales growth is also expected to be strong at 18 per cent. Meanwhile, Gateley’s smaller people platform is enjoying a post-Covid bounce back. The only fly in the ointment is business services, which contracted by 10 per cent in the last fiscal year after several long-term litigation projects stalled.

In many ways, however, the appeal of Gateley is not in the nitty-gritty details, but in its broader approach. Since floating, the group has ventured beyond law and into professional services more generally. Each of its four platforms comprises clusters of complementary group services, designed to maximise cross-selling opportunities.

This approach seems to be working. According to the group’s June trading update, non-legal consultancy revenue rose by 43 per cent in 2021-22, with organic growth of 24 per cent. Organic metrics are important as they show that Gateley is not simply buying in extra sales, but generating them internally. This is not always the case. Fellow legal services group Knights (KGH) is zealously acquisitive, hoovering up multiple regional practices every year. However, its latest results show organic growth to be languishing at just 2 per cent.

According to analysts’ estimates, Gateley’s consulting arm will generate 15 per cent of sales in 2022, up from just 7 per cent in 2018-19. Its contribution looks set to get even meatier; in April, Gateley did move more forecfully into the acquisitions arena, buying surveyor Smithers Purslow for an initial consideration of £12.2mn. Management dipped into a new £30mn revolving credit facility to fund the deal, adding that the loan arrangement will support more purchases.

Unlike some legal eagles, however, Gateley generally avoids large amounts of debt – as of last October, it had only lease liabilities to worry about – and is one of the strongest cash generators among its quoted peers. The first half of 2021-22 rather broke this trend, with free cash flow falling from £10.6mn to an outflow of £1.9mn, as the group paid bonuses and taxes that were put on ice during Covid. As the world emerges from the pandemic, however, normal service is likely to resume.

Meanwhile, it is worth keeping an eye on profit margins. In July, DWF (DWF) said the war for talent is one of the “biggest issues” facing the legal sector, and this is starting to play out across company accounts. According to analysts, Gateley introduced a 12 per cent pay rise in April 2021, after freezing salaries in 2020. As a result, personnel costs are creeping up as a percentage of the group’s revenue, from 60.9 per cent in 2021 to 64.1 per cent to 2022.

So far, the group’s underlying profit margin has remained stable at between 13 and 14 per cent, and management is passing costs onto clients through higher fees. Expenses relating to travel, marketing and office space are also still down. (Operating costs as a percentage of sales have fallen from 21.6 per cent in 2020 to just 15.1 per cent in 2022.)

There’s no doubt that the legal sector is under pressure, however. Gateley is believed to be having to offer double-figure pay increases for newly qualified solicitors to prevent them from going elsewhere, and that is having a knock-on effect as more senior staff also expect a pay rise. Meanwhile, management’s ability to keep marketing, travel, office and entertaining costs low will be coming under strain as in-person events return.

Gateley is in good company as it grapples with these issues – virtually no professional services firm is immune to wage inflation. However, Gateley looks more resilient than most. Research by broker Liberum found that the group has particularly low volatility in its earnings per share compared with its listed legal peers, suggesting it should fare well in a recession.

This research is starting to play out in real life. In March, Knights issued a profit warning, saying Covid's Omicron variant and macroeconomic headwinds had led to staff absences and a loss of business confidence. Its fourth quarter, which is usually strong, was particularly slow. DWF also reported higher absences in the last four months of its calendar year, as staff fell ill and took much-needed holidays. Gateley – in contrast – upgraded its market guidance.

Profit warnings and inflationary fears mean shares in legal firms haven’t had a comfortable time of late. Gateley is down 16 per cent since the start of the year; DWF is down 19 per cent; and Knights is down a whopping 68 per cent. Gateley's rating is somewhat lower than usual, therefore, at just under 12 times forecast earnings for 2022-23. This compares with a five-year average of 13.1 and a sector average of 14.3.

Investors in the mood for explosive earnings growth or cutting-edge legal innovation won't find it in Gateley. Litigation funders could hold more appeal. However, those in search of stability, resilience and composure in the face of a crisis – all at a good price – should look no further.