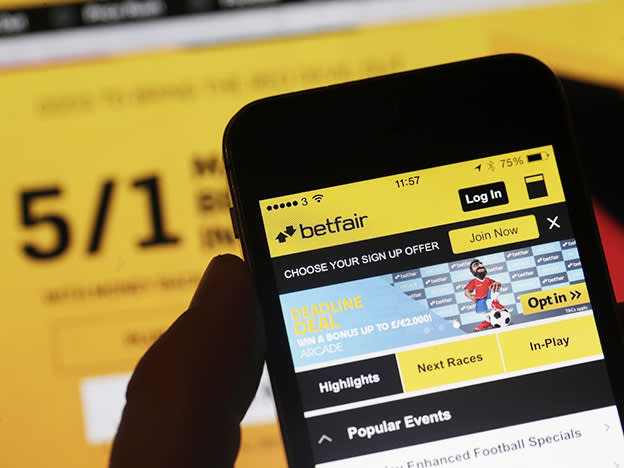 Over the past year, something strange has happened to the mega-bookmakers. Despite suffering the effects of rolling lockdowns, sector giants Flutter Entertainment (FLTR) and Entain (ENT) have both emerged from their slightly grubby chrysalides as rebranded, tech-enabled operators with that all-too-rare quality among UK corporates: an apparently defendable foothold in the US.

Full-year results captured these trends neatly. Stay-at-home orders and cancelled sports fixtures meant Entain’s retail division – which includes UK high-street names like Ladbrokes and Coral – swung to an underlying operating loss of £19m, from a £172m profit the year before.

This was despite the receipt of £59m in government furlough assistance by the end of December, according to chief financial officer Rob Wood.

One question for shareholders is whether this will be repaid, especially now that a resumption of dividends has been mooted. The online business, now three-quarters of revenue, increasingly looks like it could shoulder a repayment: underlying operating profit here surged 64 per cent to £679m. A possible furlough payback is under review.

Entain’s employee support claims were less than the £61.8m invested in the period in BetMGM, its US online sports betting joint venture with MGM Resorts International (US:MGM). Cognisant of the fast-growing business’s value to both companies, Wood reports relations between the two parties have returned to “business as usual” after MGM’s failed £8.1bn takeover of the FTSE 100 firm in January.

Speculation about further high-stakes dealmaking is likely to persist, particularly after Flutter’s accelerated buy-out of minority stakes in US sportsbook outfit FanDuel. But the re-rating in Entain shares above MGM's bid price might also suggest the market now sees value in proprietary data and incremental, self-funded investments.

On balance, that seems like a reasonable bet in itself, even if claims that personalised technology can all-but-eliminate problem gambling and simultaneously push the business into high-growth markets feel too good to be true.

“People unanimously believe and buy that we’re incredibly serious about this,” says Wood. “And if we can’t find a technological solution to tackle any harm that our customers run into, then it’s hard to think who can.”

Flutter, perhaps? The Paddy Power owner is pouring money into what it calls "enhanced predictive technology", in its own initiative designed “to ensure sustainable growth”. In 2020, spending on product and technology development meant capital expenditure came in at £252m, equivalent to just under 6 per cent of revenues.

This figure also included expansion in the US, following the completion of the 2019 all-share merger with the Stars Group. Thanks to the switch to a single brand in Australia, annualised synergies from the tie-up are now expected to reach £170m, from £140m at the time the deal was announced.

With so many digital opportunities out there, one might expect the companies to de-prioritise their legacy retail operations. Apparently not. Flutter sees “a great opportunity for our well-invested estate” within the wider group. Entain expects its bookmakers to resume their strong cash-generation once in-person betting resumes.

William Hill (WMH), whose acquisition by US casino group Caesars is set to conclude in the second quarter of 2021, also used full-year numbers to defend retail and a - wait for it - “unified marketing strategy…to provide our omni-customers with a seamless experience”. In other words, real-world recognition supports online branding efforts. Om.

This might seem odd after the closure of 713 shops at the start of 2020, the decision to shut a further 119 in June and a subsequent dip in retail forecasts that resulted in a £126m non-cash impairment in 2020 figures. Despite this, and the absorption of £70m in costs from the Caesars bid, a VAT receipt of £208m pushed the bookmaker to a statutory profit.

Quite how profitable 2021 will prove for the wider sector will depend on the success of virus containment methods, the stickiness of a newly-won customer base that may soon have better things to do than play on their phones, and the speed with which debt piles can be paid down. Suddenly, regulatory threats seem less onerous.

Even after their recent rally, shares in Entain are half as expensive as Flutter on both a forward sales and earnings basis, no doubt in part due to the latter’s North American investor base. That makes them our preference, if pushed. Hold.