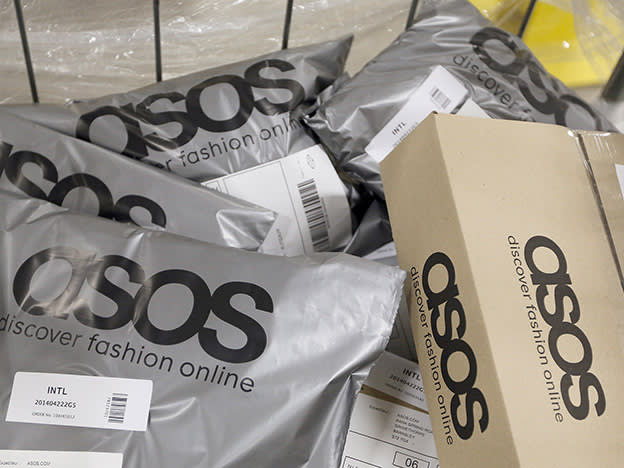 Fast fashion can be green.

At least that’s what Asos (ASC) is apparently now suggesting, after it became the latest big company to declare lofty ambitions to become a net zero business.

The online retail giant has built its multi-billion pound business on doing things fast, launching new collections and delivering them to customers’ doors quicker than traditional fashion brands. But if it wants to eliminate the carbon impact of turning over up to £3.3bn-worth of stock every year, it will also need to clean up its act at pace.

According to Asos’ most recent carbon report, it emitted more than 230,000 tonnes of CO2 in the 12 months to March 2020 – a 13 per cent reduction compared to the previous year. Now the company has announced this morning that it wants to be carbon neutral in its own operations by 2025, although it does not lay out how it plans to offset the emissions it will still be generating by then.

Asos joins countless businesses who have revealed plans to become net zero in the coming years, perhaps expecting to be rewarded by consumers and shareholders amid the ESG investing boom. But Asos’ success to date suggests many young shoppers are not as environmentally conscious as some media reports suggest. Following the company’s latest announcement, its share price also continued a decline that has persisted since a disappointing trading update in July. OT

Recent diplomatic rumblings may be good news for the UK defence sector, but less so for French industry giant Thales (FR:HO).

A trilateral security partnership was declared yesterday between the US, the UK and Australia to enable Canberra to build a fleet of nuclear-powered submarines, as the allies look to strengthen their defences against China.

But the announcement has provoked immediate criticism from the French government, which only recently secured a deal for 12 French-designed submarines to be supplied to Australia. Those submarines were to be delivered by Naval Group, a defence contractor part-owned by Thales, before Canberra's new partnership with London and Washington apparently ended that agreement.

In an update this morning, Thales sought to assure investors that it did not expect a “material impact” from the loss of this contract, adding that it is sticking to its financial targets for the year. But speaking to the BBC, UK defence minister Ben Wallace said the pact would deliver “a boost for the UK defence industry”, whose government contractors also include listed companies like BAE Systems (BA.) and Rolls Royce (RR.). OT

Marley hopes to raise the roof

Roof tile maker Marley Group is looking to capitalise on the craze for home improvement by going public.

The 95-year-old company, which was acquired by Inflexion Private Equity only two years ago, said today that it also expects to capitalise on a “structural deficit” in UK housing which will fuel the need for new builds and demand for its products.

The Staffordshire-based business said it has an estimated 21 per cent share of the roof tile market, generating revenue of £76m and earnings before interest and tax of £19.6m in the six months to June. It will float 25 per cent of its shares. MF

In a brief trading update, Games Workshop (GAW) confirmed that sales for the three months to the end of August were in line with expectations, but that the miniature wargames maker has been under pressure from rising logistical costs and currency exchange rates.

Shareholders are now in line for another payment as the company returns surplus cash. A 25p payment will be made on 5 November, with an ex-dividend date of 30 September. Despite this good news, the company’s share price dropped up to 6 per cent in early trading. MR