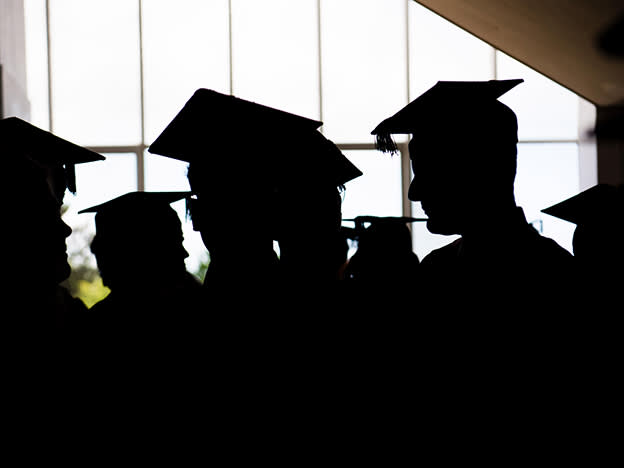 Even if restrictions persist into the next academic year, long-term international demand growth looks nailed on for student landlords

President Xi Jinping’s failure to attend COP26 this month in person was widely seen as a snub to multilateralism and another sign of Chinese self-isolation. But to China watchers, the no-show came as little surprise. Since Covid-19 first hit, Xi has not left the country, and stringent efforts to contain the virus have meant international travel remains almost impossible for the average Chinese citizen.

While China’s engagement in climate negotiations matters to everyone in the long run, the free movement of its citizens is of particular concern to one listed sector right now, and key to its potential re-rating back to historic levels.

For UK university accommodation providers, rising numbers of international students have been a boon in recent years. No country has been more important to this rise than China, whose students became the largest single international student group earlier this year, according to the Chinese Embassy.

A reliance on this trend, which remains a key growth driver for the sector’s largest landlords, was brought into sharper relief in August, when figures from university admissions organisation UCAS revealed applications from China for the 2021/22 academic year had hit 28,490. Not only had this figure more than doubled in four years, but it meant Chinese applicants exceeded those from the entire European Union for the first time.

This was partly due to a 43 per cent drop from the trading bloc, which had been expected and followed Brexit rule changes that raised fees for EU students at many British universities. By comparison, the pedigree of UK higher education continues to attract swathes of applicants from the Middle Kingdom, despite the high relative cost of living and tuition. The impact of US visa restrictions on Chinese students has also been cited as a spark for this year’s 17 per cent bump.

One of the landlords most exposed to this growth is GCP Student Living (DIGS), with one in four of its tenants hailing from China. Its takeover by Blackstone and APG Asset management is set to complete next month, after terms were agreed in July. At £969m, GCP is being acquired at a small premium to book value, having traded at a discount since the pandemic struck.

Since then, trading has been choppy. This month, GCP said bookings for the current academic year stood at 82 per cent, well short of the 99 per cent at the same point in 2019. That is likely to mean another fallow patch for income, which dipped to £36.3m – or just 60 per cent of budgeted revenues – for the year to June.

As such, it is tempting to question whether Blackstone and APG overpaid, and whether premia for fellow peers is warranted. When the deal was announced, it helped boost shares in peers Unite (UTG) and the smaller Empiric Student Property (ESP), although both stocks have since pared back as trading failed to match up to market expectations.

At 84p, Empiric trades at a 17 per cent discount to its last reported net tangible asset value of 106.2p per share, suggesting investors remain concerned with rental income visibility. That’s not a view shared by chief executive Duncan Garrood, who sees the dip in international students arriving in the UK as “a temporary Covid-related issue, and not a structural one”.

Chinese students, which make up 27 per cent of Empiric’s total projected revenue occupancy for the current academic year, have been particularly hampered by the delayed approval of China’s Covid vaccine, Sinovac. Although approval will be granted next week, vaccinated students who hoped to join before now have been forced to isolate for two weeks.

Like Empiric, Unite offered to support quarantining students at no extra cost. But Unite has done a better job of getting students back in halls; when it updated the market last month, 94 per cent of its beds were occupied. Although this fell short of guidance, it was well ahead of the 81 per cent occupancy recently reported by Empiric.

That may be partly due to a less pronounced reliance on Chinese students, which fell from 15 to 13 per cent of all occupancies since the 2019/20 academic year. At a recent capital markets day, chief executive Richard Smith was also keen to emphasise strong demand growth from sources other than China, including India and Indonesia.

Still, investors need to form a view on whether the sector, Unite included, might be overly reliant on China. Earlier this year, GCP added “relations between the US, the UK and China” as a key source of risk. As recent events have shown, Beijing’s capacity to cut entire industries down to size should not be underestimated, nor its increasing muscularity in geopolitical spats.

Such strong tailwinds help to explain ongoing investor interest. “With the wall of core and core plus capital targeting the sector, combined with the scarcity of high-quality investment opportunities, yields are likely to compress further,” noted Savills in a recent report. If Empiric continues to trade at a discount, takeover interest doesn’t seem a far-fetched possibility.