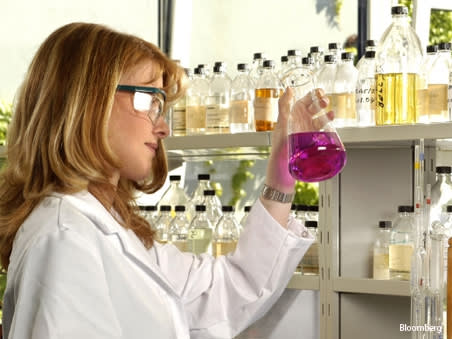 Elementis nibbles away at debt pile

It’s been a year of progress for Elementis (ELM), albeit slow.

Adjusted operating profit at the speciality chemicals provider increased by 31 per cent on the back of higher volumes.

“We would have went much further on net debt reduction had we not had those two one-offs,” chief executive Paul Waterman said.

The company, which makes a huge range of chemicals used in personal care and industrial coatings, plans to tackle this in two ways.

One is by reducing cost – it took out $10mn last year and is planning a similar reduction this year, as well as keeping a tight rein on working capital.

Although this is easier said than done, given the pressure it is facing in terms of its own input costs, it has already increased prices by about 4 per cent over the past year to offset this and Waterman said it will implement further rises where necessary to defend margins.

The other way of tacking debt is by bringing in more business. It launched 21 products last year that brought in about $50mn.

Elementis' shares fell by 9 per cent, bringing their year-to-date decline to 19 per cent. JPMorgan expects consensus earnings to edge up by 1-2 per cent on the back of stronger demand.

The current consensus is for adjusted earnings per share to nudge up to 12¢, from 10.6¢ last year. It currently trades at 12 times this level but any substantial re-rating is unlikely until its debt pile shrinks. Sell.