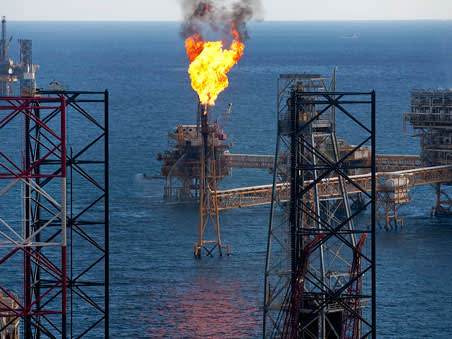 Martin is a trustee of a charitable trust which has been in existence since 1980. The trust has an endowment fund which was started by its founders and has since been added to. The fund is now worth about £2.2m, and is used to finance the charity’s educational and research activities. This is done with dividend income income or annual sales of assets which have experienced capital appreciation.

Exclude investments in fossil fuels, achieve a similar or higher rate of return as with current portfolio, take into account other ethical criteria

"We aim to preserve or slightly increase the endowment fund's current capital value, and to finance all of the charity's activities from the income it provides,” says Martin. "We don’t do much fundraising as we prefer to rely on this fund.

“Our annual expenditure in recent years has been approximately £150,000, of which less than £10,000 is spent on administrative and overhead costs. We have no debts and, as a charitable trust, no tax liabilities.

"Most of the charity’s work - allocating grants - is undertaken by its trustees on a voluntary basis. I have no professional experience or training as a fund manager, but manage the endowment fund because I am more willing to engage in this task than the other trustees. The fund has gained in value and the trust’s accountant has not expressed any concerns, so this has been a reasonably adequate arrangement. But the charity is now looking for a trustee who is a treasurer with greater financial experience.

"The endowment fund's assets have increased their value over the past decade by what seems an acceptable rate, both from additions to the fund and capital appreciation. I have not traded or switched the holdings very much, and when new money has come into the fund I have increasingly put it into passive funds because of their lower charges.

"More recently, as the issue of climate change has become more prominent, I and the other trustees have decided that we do not want the fund invested in companies that produce fossil fuels. And if we switch our holdings into ethical investments which also avoid other unethical areas such as tobacco, so much the better. But our primary concern at this point is to “decarbonise” the endowment fund.

"We want to do this as far as possible without losing any of the fund’s capital value, and achieving the same rate of return from dividends and capital appreciation that its current asset allocation generates. We also favour passive index tracking funds but appreciate that the returns of some of our active funds have more than offset their higher charges.

So our priorities, in this order, are to exclude fossil fuels, achieve a similar or higher rate of return than what the fund is currently generating, and perhaps take into account other ethical criteria.

Our accounts are audited annually, and are reported to the Charity Commission as legally required. No qualifications have ever been made to our accounts.

NONE OF THE COMMENTARY BELOW SHOULD BE REGARDED AS ADVICE. IT IS GENERAL INFORMATION BASED ON A SNAPSHOT OF THIS INVESTOR'S CIRCUMSTANCES.

There are problems with wanting to decarbonise your portfolio, not least that, in theory, it would mean making lower returns. Many investors share your desire to avoid carbon stocks and this has caused them to be under priced. It also means that these types of stocks offer higher returns to the investors who do to buy them.

In an efficient market, risk adjusted total expected returns on all stocks should be equal. But total returns don’t just include capital gains and dividends - they also include feelings of guilt and virtue. Higher financial returns on carbon than non-carbon stocks should be needed to compensate for the guilt many feel about holding them. So decarbonising your portfolio without sacrificing returns would require efficient market theory to be wrong.

And, luckily, it might be. Carbon stocks face increased political risks in the coming years because governments might make more efforts to address climate change. If markets are under estimating these risks, carbon stocks might under perform. And if more investors de-carbonise, their selling might drive down carbon stocks’ prices further. If either of these are happen, decarbonising your portfolio makes sense in financial terms.

However, these are only possibilities.

Another problem when decarbonising an investment portfolio is that you cannot invest in conventional tracker funds as carbon-related stocks form a big part of these. Income funds are even more of a problem because oil majors and big miners are high dividend payers, hence a large chunk of many income funds' holdings. The oil majors are also defensive so if you ditch them you are severely restrict your chances of having a defensive income portfolio – especially if you avoid tobacco and pub stocks as well.

By avoiding these areas you miss out on one of the best ways to beat the market. Defensives have out performed for years, perhaps because credit constrained investors gear up their portfolios by purchasing high-beta stocks and shunning defensives - as economists at AQR Capital Management have pointed out. And by avoiding them you might add to the risks of your portfolio.

It is not easy to avoid these dangers by shifting towards less controversial but lower-income defensives such as Unilever (ULVR), Reckitt Benckiser (RB.), RELX (REL)  or - if alcohol is acceptable - Diageo (DGE). I suspect that these have enjoyed great run-ups in recent years because investors have wised up to high profile US investor Warren Buffett’s advice to buy stocks with monopoly power. It’s possible, however, that they have wised too far and such shares might be, or become, over priced.

Before deciding on a suitable investment strategy, there are a number of steps that you need to take.

Charity trustees have a responsibility to consider external investment advice. The Charity Commission guidance states that it is a legal requirement to seek external investment advice unless there is a good reason not to, or there is sufficient experience and expertise within the charity. There is an even greater need for advice when achieving a charity’s aims relies heavily on the performance of its investments. If a charity's trustees believe that external professional advice is not required this should be clearly documented. Although you are currently hiring an experienced treasurer, best practice would be to have investment experience on the board and also to seek external advice.

Trustees must also consider whether ethical restrictions would reduce expected returns or increase risk, and balance that against any potential loss of support or damage to the charity’s reputation if they did not adhere to them. If you have a preference for low-cost passive funds this also be noted in your investment policy statement.

The charity commission has published guidance for trustees on the legal requirements and best practice when appointing an investment adviser, such as going through a formal tendering process. Further information can be found in Charities and Investment Matters: A Guide for Trustees (CC14).

In terms of the fund's holdings, in recent years it has become much easier to include ethical criteria in your investment process and it should not necessarily reduce the expected return of your portfolio. There are an increasing number of passive and active funds available to investors that consider a range of environmental, social and governance (ESG) issues, as well as products that target single issues such as fossil fuels.

The charity's fund has 100 per cent of its investments in equities, an approach that has recently served it well because of a tailwind from sterling falling. But you cannot count on these positives continuing so, at the same time as you make changes to limit fossil fuel exposure, you should also diversify by introducing assets which are less correlated to conventional equities.

First of all, you should clarify whether the charity aims to maintain its fund's capital value in real or nominal terms, and whether it increases the grants it makes in line with inflation. You should also establish whether the charity can tolerate fluctuations in the value of its fund over given time periods.

As the charity's grants have exceeded its income you have cashed in some of the fund's capital appreciation. Grants of £150,000 would require a return of 6.5 per cent from the portfolio but the income the fund is getting from its current investments is around £40,000 a year - nearer to a 1.8 per cent return. Beginning to address this imbalance would reduce one significant variable - the amount of capital you need to cash in to cover the grants.

The current asset allocation has a very high weighting to UK small and mid-cap companies of about 28 per cent. Although these have performed strongly in recent times, they are also more volatile and this might limit your ability to distribute capital.

You have a preference for low cost passive funds, but index trackers tend to have significant exposure to energy stocks. We would suggest moving part of the allocation to passive funds to socially responsible tracking funds. These exclude entire areas of the market such as tobacco, weapons, oil sands extraction - the most environmentally destructive way to produce this commodity - thermal coal and violations of the United Nations global compact.

HOW TO IMPROVE THE PORTFOLIO

One solution is buy some ethical exchange traded funds (ETFs), of which there are a number listed in London. We highlight some of these in our IC Top 50 ETFs list. They allow you to invest passively and more cheaply while also avoiding so called 'sin stocks'.

But their charges can be higher than those of conventional trackers, albeit not as high as those of active funds. And they can be illiquid with large bid-ask spreads, though this shouldn’t be a problem for a long-term investor.

Switching out of oil majors into these also means you might increase your equity risk. To counter this, you might need to increase your allocation to cash and potentially sacrifice returns.

To completely cut out exposure to fossil fuel producers you need to hold active funds, some of which have strategies for beating conventional benchmarks without investing in companies associated with fossil fuels. They are not cheap, but the recent performance of a number of ESG funds has shown that being ethical can provide a better return than conventional active and passive funds. Options include Baillie Gifford Positive Change (GB00BYVGKV59), Troy Trojan Ethical Income (GB00BYMLFL45) and Brown Advisory US Sustainable Growth (IE00BF1T6T10).

The size of the charity’s assets and your desire to exclude companies which produce fossil fuels mean you could consider allocating part of the fund's UK weighting to direct equity holdings. These would complement the active funds you hold and hopefully provide a good income yield.

When looking for suitable funds and direct equity holdings, we would use ESG screens.

We would first seek to provide a greater degree of predictable income while adding diversification with funds such as: Renewable Infrastructure Group (TRIG), which provides exposure to UK solar and wind assets; Assura (AGR) which invests in doctors surgeries; GCP Student Living (DIGS) which invests in student residences and HICL Infrastructure (HICL), which invests in private finance initiative (PFI) and public private partnership (PPP) projects, including hospitals.

You should take a gradual approach to adding other asset classes such as credit, bonds or bond funds, introducing them at an appropriate time. You could fund the initial purchases, the size of which would be half of your anticipated investment in them, by reducing the largest of the current holdings.