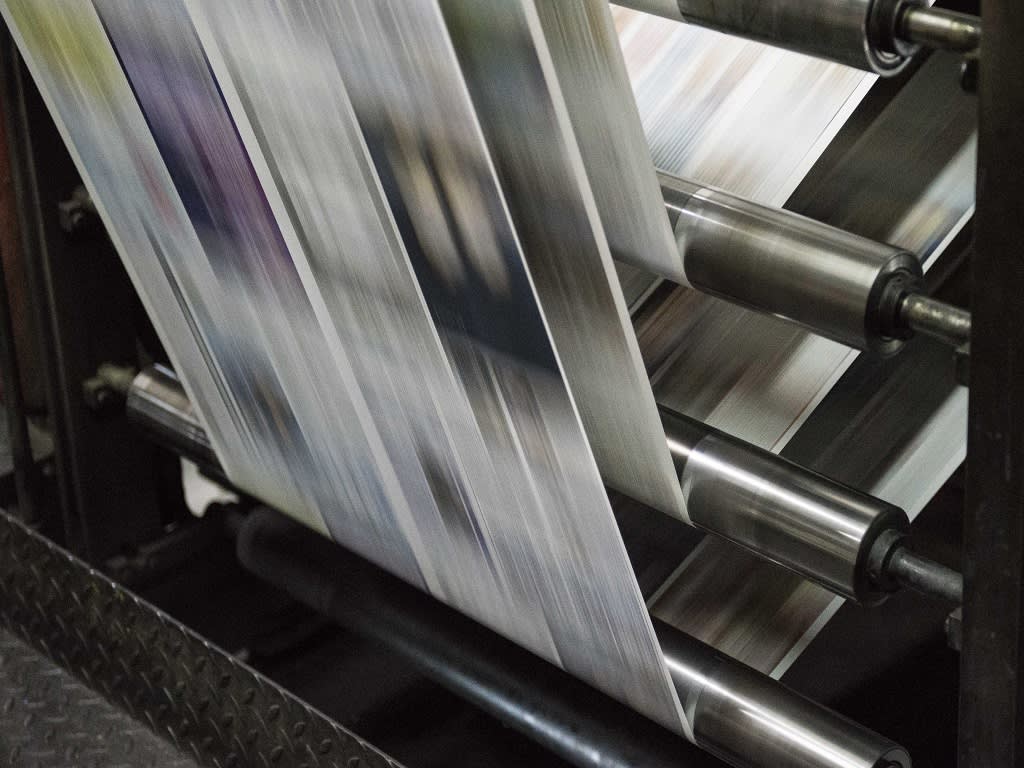 As an investment style, 'value' has experienced a prolonged spell of underperformance. But once again there is talk in the market of a 'value' comeback. This claim seems to run counter to the direction of  monetary policy; rising interest rates are generally regarded as a key reason to expect 'value' to outperform whereas rates are currently heading down around the globe. But the difference between the valuation of 'value' shares and 'growth' shares is very wide by historical standards, and the end of 2019 certainly brought a 'value' fillip. A revival in the fortunes of 'value' would certainly be good news for my Piotroski screen, which focuses on buying shares that look cheap based on a classic valuation measure: price to book value (P/BV), also known as price to net asset value (P/NAV) or discount to net asset value (NAV).

Last year's value fillip helped the screen produce a total return of 15 per cent over 12 months compared with 10 per cent from the market (an even split between the FTSE 350, the All Small and Aim). Since I began to run this screen in early 2012, the cumulative total return has been 125 per cent compared with 97 per cent from the market. While the screens in this column are meant to provide ideas for further research rather than off-the-shelf portfolios, if I add in an annual charge of 2 per cent to reflect real world dealing costs (the notional costs are high to reflect the fact this screen normally highlights lots of small-cap shares), then the cumulative return drops to 91 per cent. This long-term performance is certainly is not great, but it reflects the travails of value investors in general over the past decade.

This screen is based on a paper published by accounting professor Joseph Piotroski in 2000. Mr Piotroski used an interplay of historic fundamental data to try to identify companies making operational improvement without recourse to outside financing. Stocks receive a point for each fundamental criteria they meet to create an F-Score. Mr Piotroski found that cheap stocks with high F Scores (8 or 9) tended to outperform and a long-short strategy based on this method would have achieved an average annual return of 23 per cent in the 20 years to 1996, almost double that of the S&P 500.

■ Profits after tax, excluding exceptional items, are up on last year, which Professor Piotroski highlights as being of particular importance as a signal that a company may be in recovery mode and in the process of rerating.

■ Cash from operations is higher than profit after tax, excluding exceptional items, which indicates an ability to convert accounting profit into actual cash.

■ Gearing (net debt as a percentage of net assets) is down on the preceding year, which suggests that the company has not had to look for external sources of finance.

■ The current ratio (current assets divided by current liabilities) is up on the preceding year, which suggests that the company's ability to service upcoming financial obligations is improving.

■ No new shares issued over the past year, which again suggests the company has not had to look for external sources of finance.

■ Gross margins have risen in the past year.

While the nine factors assessed by the F Score are an artful mix, Mr Piotroski’s choice of valuation criteria is arguably less so. He tried to identify recovery plays by looking for high F score companies among the cheapest quarter of stocks based on P/BV. P/BV is a classic ratio for value investors, which was used by Benjamin 'father of value investing' Graham. But as intangible assets, such as brand and technology, have become more important in establishing competitive advantage, P/BV has arguably become a bit of a blunt tool. This is especially true because accounting rules mean much spending on intangible aspects of a business are accounted for as day-to-day costs rather than investments to be recorded on the balance sheet.

The Piotroski screen I run is conducted separately on constituents in the FTSE 350, All Small and Aim indices. The stocks highlighted tend to be a risky bunch and this year looks no exception. Ten shares have made the grade with seven coming from Aim. Details are published in the table below (ordered from lowest to highest P/BV), and I’ve taken a closer look at one of the shares that is at an interesting point in a long-running restructuring and (hopefully) recovery process. It illustrates some of the issues faced by investors hunting for deep-value situations.

One good reason for a share to trade at a discount to NAV is when uncertainty exists about the reported value of assets on the balance sheet. As the graph below shows, if history is anything to go by, shareholders in media group Centaur (CAU) have reason to be doubtful. Over the last decade, the steady stream of goodwill write-downs from the group has totalled £104m, which represents about twice the value of goodwill on the company’s last balance sheet and about 2.5 times Centaur’s current enterprise value – ouch!

However, there are some grounds to think history may not be the best guide to the future because six months ago Centaur completed a significant and lengthy restructuring. The company’s roots are in publishing consumer and trade magazines as well as organising events. But as many of its divisions became ever harder to make money from, the group decided to shift its focus to key business-to-business (B2B) customers. Meanwhile, with revenue from advertising falling, the company has tried to increase sales of content as well as a gamut of services, including training, telemarking, consultancy, industry awards and events.

Print revenue now accounts for only 3 per cent of the total and advertising about 15 per cent. Meanwhile, following a number of disposals, Centaur is focused on just two end markets; marketing (82 per cent of revenue) and law (18 per cent). This compares with seven end markets in 2016.

The process of transforming the business has not been easy and the accounts have been so addled with adjustments over recent years that it is hard to know what to really make of the historic numbers (see chart). From the perspective of the last half-year accounts, I’d think most investors would want to factor back in some of the adjustments made such as share-based payments and the discontinuation of a marketing event.

Following the disposals, Centaur still owns some well-known trade titles, such as Marketing Week and The Lawyer, and also has a robust cash position. Half-year net cash stood at £12m after accounting for lease obligations. Since the half year, the company has returned £5m to shareholders through a half-year (1.5p) and special dividend (2.0p) – this cash return is not reflected in the net cash figure or P/BV ratio used in the accompanying table. More surplus cash may be returned this year, but the company has also rebased the core dividend lower with a progressive policy based on paying out the greater of 40 per cent of earnings or 1p a share. That’s likely to mean a 2.8 per cent yield (1p) in the current year, which is much lower than the historic yield listed in the accompanying table.

After years of disappointments, it’s hard to be confident about how profitable the slimmed down group will ultimately be. Centaur thinks it can shave at least £5m from its annual central costs, half of which had been achieved by August. Central costs stood at £9.8m during the first six months of the year, which was more than the £8.5m profit from its remaining division, but a small profit is expected in the second half.

Management thinks the business can do much better than this by pulling back from low-margin work and concentrating on growth areas. The plan is for double-digit cash profit (Ebitda) margins this year and 20 per cent by 2022. The woman who oversaw Centaur’s disposal programme, Andria Vidler, stepped down in September and implementation of the margin recovery plan will be in the hands of Swag Mukerji, who was finance director from 2016.

In the near future, margin expansion looks the most likely source of profit growth as opposed to rising sales. In the first half, the marketing division reported spots of good growth from ventures such as its mini MBA, the Festival of Marketing and the recently relaunched Influencer Intelligence. But the closure of its low-margin Marketing Week Live event, and more significantly, the disappointing performance of US Econsultancy training sales and the telemarketing operation, meant overall marketing sales were down 5 per cent. This overshadowed a good performance from the small legal division and first-half group sales were 4 per cent lower. Brokers forecast little sales growth in the current year; broker Numis expects sales of £48.4m this year and £49m next.

At this stage it seems fair to be skeptical about the group’s ability to deliver on its targets, so it’s reassuring that the share price is not doing too much to price in a recovery. That said, while the price compared with NAV is low, it is worth noting the group’s £70m NAV includes significant amounts of goodwill (£52m) and intangible assets (£11m). Earnings are depressed, so the valuation looks high against forecast EPS (Numis has pencilled in just 1p for 2020), but the valuation does look cheap - although, not rock-bottom - based on a ratio of enterprise value (market capitalisation minus net cash) to forecast sales of about 0.9 times. This rating should help cushion the shares against the kind of modest disappointment investors had at the half-year stage. Indeed, despite the underwhelming first half, the shares have shown decent three-month momentum, albeit in the context of very poor longer-term performance.

More significantly from the perspective of this screen, the low rating leaves good upside potential were Centaur to give investors reason to put faith in its margin targets and longer-term growth prospects.

Centaur does have some key ingredients for an interesting contrarian play: the completion of a major phase of restructuring; a recovery plan; and a solid balance sheet. Nevertheless, there is little evidence yet that it will be able to achieve sustainable and profitable growth. Given the track record, I feel clearer signs of progress are needed for this to become an enticing deep-value recovery story.