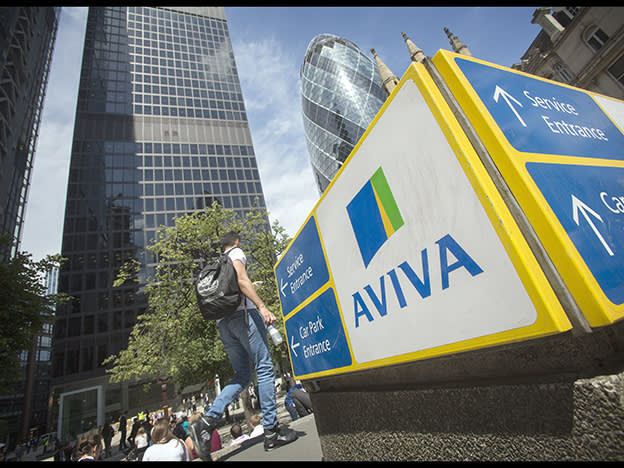 Aviva, out of the ashes

Aviva (AV.), its marketing literature claims, is there to help its 33m customers “defy uncertainty”. But the insurance giant’s share price pays little heed to that mantra. In each of the past five years, the stock has underperformed the FTSE All-Share, trailing the index by an average of 10 per cent. The last time it did beat the broader market in 2015 it underperformed peers by 5 per cent. And on that score the stock is again adrift of its sector this year, according to financial data provider FactSet.

Matters haven't been helped by boardroom churn. When Amanda Blanc took over in July, she became Aviva’s fourth new chief executive in eight years. And though her predecessor Maurice Tulloch was forced to step down for family health reasons, the turnover rate has hardly given the impression of a clear, consistent and long-term view from the top. That's unfortunate; insurance, after all, involves balancing assets and liabilities over decades.

A lack of management consistency has compounded the group’s notorious complexity. As well as being the UK’s largest life insurer, Aviva is a big player in general insurance, pensions and asset management. Operations across Europe, Asia and Canada might sound like canny geographical diversification, but are often cited as evidence of a sprawling, unfocused and unwieldy model.

But investors are arguably most concerned about Aviva’s core business, and the challenge of matching long-term liabilities to reliable assets when the return on many government bonds is zero or even negative. Little wonder, given these issues, that the shares’ valuation metrics – which include a near-record discount to book value, a double-digit forecast dividend yield and a single-digit price/earnings ratio – all scream ‘avoid’.

Things can only get better?

Despite this, we struggle to see how the stock falls further from here. Between a strong capital base, Ms Blanc’s encouraging early actions, a good underlying brand and what could soon be the market’s recognition of businesses with resilient cash generation, investors’ hopes for share price outperformance no longer look fanciful.

Analysts appear to agree. Although Aviva shares have failed to breech the City’s 12-month average price target since March 2017, no brokerage or bank has had the insurer on a ‘sell’ rating for two years. This may not surprise, what with most equity research being written to market shares to clients, but we would nevertheless expect to see at least one bear across the 18 firms covering the stock given the track record. The fact that no analyst believes the shares are worth less than 300p also points to a consensus that the downside may finally be priced in.

After a long decline, average earnings forecasts for 2020 and 2021 also recently bounced, having dropped to lows of 46.8p and 54.2p, respectively, over the summer. It’s hard to separate this from the confident and clear message from Ms Blanc, who before re-joining Aviva held executive roles at rivals Zurich and AXA and served as the first woman chair of the Association of British Insurers. “From this moment on, we must deliver,” she said at Aviva’s interim results on 6 August. “Nothing else will do. My focus is making sure it happens and at pace."

So far, this has been backed up by actions. First, the board announced a 6p-a-share second interim dividend for 2019, having cut the final 21.4p distribution in April amid pressure from the Prudential Regulation Authority. In the end, capital, cash-generation and the group’s operational performance all proved stronger or more resilient than expected. With an eye on reducing leverage in the business, shareholders have been promised an update on the payout policy for later this year. But in short dividends are back.

Second, the new chief executive has already made a big move to right-size the group. Earlier this month, Aviva agreed to sell a majority stake in its Singapore division, making good on a pledge to focus on the UK, Ireland and Canada, where Ms Blanc believes the franchises are strongest. Under the terms of the deal, Aviva will receive SGD2bn (£1.2bn) in cash, SGD250m in vendor finance notes, and keep a 25 per cent stake in a newly created group that combines Aviva’s fast-growing legacy operation with rival Singlife.

The proceeds will be used to boost dividends and reduce debt, but at almost two times the division’s net asset value, the transaction is above all proof that Aviva can extract good prices for its international divisions if it can find the right buyers. Surplus capital of almost double regulatory requirements also means the group is in no rush to sell, either, should it choose to exit its vastly reduced Asian business or life insurance operations in France, Italy and Poland.

Skin in the game

Showing her belief in the strategy, Ms Blanc immediately followed the disposal by purchasing £1m-worth of stock in the insurer at 307.8p a share – an outlay equivalent to a little more than her predecessor’s annual basic salary in 2019, before tax.

That personal investment carries with it other sources of conviction. For a start, Aviva still made a lot of money in the first half of 2020: were it not for £165m of one-off general insurance claims stemming from the pandemic, the group’s operating profit would have been flat year on year. This resilience was in part due to higher-margin bulk-purchase annuity agreements in the UK Life division, where profits grew 9 per cent and look set to maintain their positive momentum. That pre-tax profit dropped by nearly a third to £1.1bn was due to asset value losses in the period, as well as downgrades in the long-term return assumptions of equities and property – which for a company so heavily invested in the markets is hardly a surprise. It’s worth reiterating that after all of these hits, the group was still profitable.

A decision not to remit cash from subsidiaries to the group level, justified by the acute uncertainty in the first half and regulatory guidance, meant ‘centre liquidity’ – the best proxy to a cash pile – stayed broadly flat at £2.5bn. Prior to Covid-19, this was rising despite the payment of £3.4bn in ordinary dividends between 2017 and 2019.

In backing the business with her own money, Ms Blanc knows that Aviva’s long-term liability-matching is more resilient than the market gives it credit for. Not only do the government and corporate bonds the insurer buys carry high credit ratings with low risk of default, but its portfolio is well-diversified. It is largely immune to a sudden widening in credit spreads, too, given that bonds are normally held to maturity. To analysts at RBC, Solvency II rules also mean “that lower interest rates have little impact on capital surpluses”, even if they do result in a reduction in ratios.

We would also point out that this debt-buying is prevalent across other large European life insurers such as Allianz and Zurich Insurance, neither of which trade at a discount to book value.

Is Aviva a value trap? The track record since we tipped the company in 2018 at just under 500p would suggest so. But the group’s cash generation, shareholder equity and net premium growth over that time is atypical of a company whose market or earnings potential is vanishing. As such, we think both dividend hunters and classic value investors ought to take another look at the bull case.