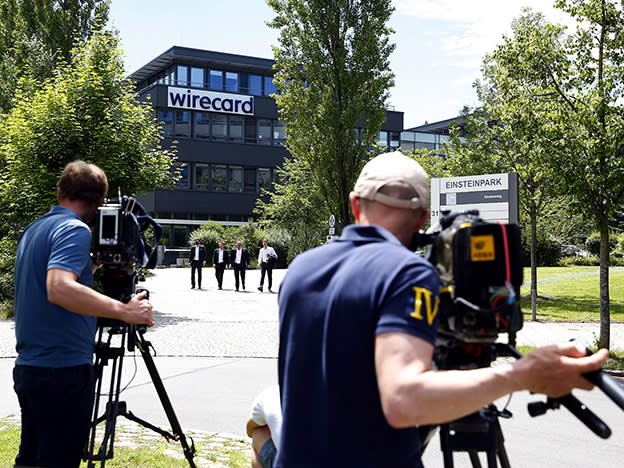 Lessons from history: what Wirecard teaches us about corporate deception

Wirecard has announced it will file for insolvency. “Europe’s greatest fintech” – as it was described as it reached a peak market capitalisation of more than €24bn (£22bn) in August 2018 – has been finally brought to its knees after an investigation spanning more than half a decade.

But the Wirecard story was littered with anomalies even before the Financial Times began to dig into its accounting in 2015 – anomalies that have been seen time and again in the history of the financial markets.

In 2005, Wirecard joined the Frankfurt stock market by taking over the listing of a defunct call centre group. The same year, several thousand miles away, a little-known Chinese mining company was reversing into the shell of a Nevada-based miner that had recently gone bust. Puda Coal – like Wirecard – would go on to reach great stock market heights which would land it in many retail investors’ portfolios and pension pots. But – like Wirecard – the company’s lies unravelled.

One of those was Orient Paper, which was brought to the market by boutique investment bank Roth Capital, whose lavish gatherings have helped introduce many Chinese companies to US analysts and investors. A series of positive recommendations brought the company to the attention of equity analyst Bill Block whose son, Carson, happened to be living and working in China at the time. One trip to Orient Paper’s factory in 2010 showed Carson Block that the company was massively overstating its revenues and assets.

The same thing happened when Dan David visited the headquarters of China Green Agriculture (which had reversed into the shell of a company with the help of broker Belmont Partners in 2007). The company had claimed massive partnerships that would have required hundreds of shipments every day. But Mr David’s investigation revealed it had just one truck driver and could therefore only be processing 10 per cent of the business it claimed.

To expand overseas, Wirecard set up subsidiaries and relied heavily on acquisitions and third-party transactions. Excessive acquisitive growth is often a red flag for investors and perhaps never more so than when US software company HP bought Cambridge-based Autonomy in 2012.

Autonomy used its acquisitions and complex accounting techniques to make it seem like it was booking reliable long-term revenue from selling software to new businesses. In fact, it was providing lumpy data storage contracts to the existing customers of the companies it had acquired.

The extent of the mis-reporting was only revealed after HP bought Autonomy for $11bn (£8.9bn) and was then forced to write-down 80 per cent of its acquisition after it was discovered that the UK company had been overstating its recurring revenue substantially.

Wirecard’s overseas subsidiaries allowed it to grow revenues very quickly. But the money it said it had generated in those subsidiaries didn’t appear in Wirecard’s cash-flow statement. Indeed, the company has now admitted that it reported €2bn of cash on its balance sheet that simply never existed.

Discrepancies between revenue generation and the cash-flow statement also led to the demise of Enron in the early 2000s. The Houston-based energy company used spurious accounting to report revenue growth from subsidiaries. It then modified its balance sheet to hide the fact that several billion dollars of cash was missing. To do this, it used a unique accounting vehicle known as a special purpose entity (SPE).

SPEs are often set up to allow companies to increase their leverage without compromising the balance sheet. The company contributes assets to set up the SPE in exchange for interest and the SPE then borrows money from lenders. As long as the parent company doesn’t own all of the SPE, it doesn’t have to report the SPE’s accounts within its own financial statements.

By 2001, Enron had set up hundreds of SPEs to inflate profits, hide debt and, in some cases, pay its top executives without the money appearing on the company’s own books. Under the leadership of Andrew Fastow, the company took the use of SPEs to a level of complexity and sophistication never previously seen in financial markets.

When the SPEs and hidden debt began to unravel, Enron imploded, wreaking more havoc to the US accounting industry than any company ever had in the past. Wirecard is now being described as “the Enron of Germany”. Thus, if history is anything to go by, it is likely the saga is not at an end.