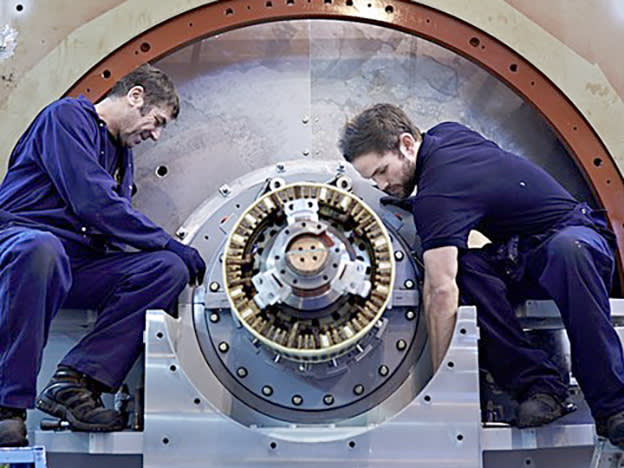 Our quarterly blue-chip momentum screen is back on track

Despite plenty of market and economic gloom this year, the FTSE 100 has put in a solid performance.

Resilience in the UK’s blue-chip index has been most apparent in the last quarter, thanks in large part to the outsized weighting of resources companies and global banks. Dollar earners have done well, so too sellers of both commodities and lending products.

For most stocks, however, it was another choppy period. The index’s median performer since 15 March – asset manager Legal & General (LGEN) – fell 3 per cent, along with three-fifths of constituents.

Despite this, conditions have served our quarterly Momentum Classics screen rather well. The screen, which simply picks the 10 best-performing FTSE 100 shares from the past three months as 'longs' for the coming quarter and the 10 worst-performing as 'shorts', liked miners and oilers and eschewed domestic consumer plays when we last checked in in March.

Seven out of the 10 ‘longs’ were in positive territory for the (almost) three months to 9 June, while just two ‘shorts’ – Coca-Cola HBC (CCH) and super-volatile Polymetal International (POLY) – saw share price increases. Exclude the enormous one-quarter bounce from the Russian gold miner – which is now excluded from the London Stock Exchange’s FTSE indices and so unlikely to appear in this screen any time soon – and the loss from the second-quarter ‘shorts’ widens from 0.8 to 9.6 per cent.

I’d go as far as saying the past quarter has behaved almost too neatly. It’s the sort of result that believers in momentum investing would hold up as a textbook case of why it pays to back recent winners. Calling the bottom is usually very hard. Recency bias affects collective decision-making. Follow the money – you get the picture.

To the victor, then, the spoils. And what a dubious group of victors this quarter’s longs are. Shell (SHEL), the FTSE 100’s largest company, makes its third successive appearance among the top momentum stocks. It is flanked by a pair of fellow second-quarter longs – Glencore (GLEN) and Standard Chartered (STAN) – both of which have come in for regulatory censure in the past year (for historic bribery and market manipulation charges, and reporting governance failings, respectively).

Joining them are fellow oil and gas major BP (BP.), iron ore monger Rio Tinto (RIO), the tobacco giants Imperial Brands (IMB) and British American Tobacco (BATS), luxury home developer Berkeley (BKG) and sharp-elbowed industrial turnaround specialist Melrose Industries (MRO). Rounding out the pack is Coca-Cola HBC, which flips from a short to a long – a phenomenon that has occurred in 7 per cent of picks across both sides of the momentum screen in the past 10 quarters.

Such situations are always a threat to momentum strategies. Heightened volatility in a stock can sometimes mean big drawdowns or dead cat bounces shortly after a rally or crash.

Is this likely to happen over the coming three months? I wouldn’t bet against it. But one feature does jump out of this quarter’s stocks, details of which can be found at the end of this article: the average ‘long’ is both higher-yielding and cheaper on a forward price/earnings basis than the average 'short'. While investors of all stripes are nervous about the effects of inflation and slowing economic growth on cyclical companies, cheap sin stocks have already proved their worth in 2022. They may well do again.

Either way, the past quarter is further evidence that momentum is a real thing in the FTSE 100. Over the past decade, continually and periodically backing its recent winners was a habit worth forming. As the table and chart below show, it has trounced the return from the index itself.

However, nice as this chart looks, the fact that it excludes dividends and trading costs makes it somewhat hypothetical. Normally, the stock screens that appear in these pages look at total returns (which assumes all dividends are reinvested) and factor in the notional costs of rebalancing portfolios. Together, this gives a better indication of real-world performance were someone to treat them as oven-ready portfolios – which they are not intended to be.

For ease of comparison, our momentum screen is based only on share price performance (so-called capital returns) and does not factor in quarterly dealing charges. This all matters, because research into momentum strategies has repeatedly shown that costs can substantially erode excess returns. The practice of shorting, especially, can involve big commissions even over a three-month basis.

Finally, the timing of this quarter's screen means we are running around a week ahead of schedule. By the time it comes to do the picks for the fourth quarter, this should be corrected. For now, we take a closer look at two of the longs.

A fortnight after from Russia’s invasion of Ukraine, investors in Melrose were reeling. Although the engineering turnaround group was not directly affected by the war, disruption to its car-making customers from volatile supply chains and whipsawing commodity markets was already apparent.

Then, full-year results dropped on 3 March. Management’s tone was characteristically optimistic, while the receipt of £2.7bn from various disposals had helped halve net debt, even after a major capital return. But citing the “uncertain and unquantifiable” impact of geopolitical events, non-executive chairman Justin Dowley shelved a further promised capital return. By 8 March, the stock had slumped 35 per cent for the year.

Three months on, and most of that ground has been made up. In early May, the group re-established the faith when it confirmed trading was in line with market expectations – even as like-for-like sales in the automotive and powder metallurgy units slipped owing to supply constraints.

Last week, the company announced the $650mn (£520mn) sale of its Ergotron business, the ergonomic workspace division it took over as part of its 2016 acquisition of Nortek. The disposal is slated for completion in the third quarter of 2022, and will leave Melrose focused solely on GKN, the aerospace and automotive group it bought for £8bn amid a degree of political drama in 2018.

That figure is currently above Melrose’s own market value, thanks in part to the punishing (and lingering) effects of the pandemic on GKN’s core markets. A lumpy return profile is part of the deal, although choppy markets mean a mooted sale is likely to be some time off. Until then, investors have a £500mn share buyback programme to keep them happy.

Standard Chartered has had a lot thrown at it so far this year. A strong dollar has raised economic and marketing risks across many of its key markets in Asia, Africa and the Middle East. Zero-Covid efforts and rolling lockdowns have dampened the outlook in China and Hong Kong, where the group generates around a quarter of its top line, and investment banking mandates are hardly singing.

The first place to start with is sentiment. For years, the London-headquartered lender has looked like a strong play on growing corporate and consumer prosperity in the developing world. But efforts to simultaneously restructure the business, strip out costs and invest in technology – coupled with falling interest income – kept returns on tangible equity persistently low.

In a world full of unpredictable financial risks, investors’ desire for higher annual profits has been understandable. As such, the shares’ 40 per cent average discount to tangible book value over the past five years was probably warranted.

Pessimism might finally be giving way to something else. In February, chief executive Bill Winters used the group’s full-year results to lay out a plan to hit a 10 per cent annual return on tangible equity by 2024. Although many investors will adopt a wait-and-see approach, others seem to have jumped on StanChart’s improving pre-tax profit projections and moderating credit impairments as an opportunity to hedge the growing risk of stagflation in the US and Europe.

Numis recently described the shares as a “good place to hide”, given its depressed rating, well-articulated restructuring efforts and exposure to markets with good long-term demographic trends. As a global bank, it is also a beneficiary of rising interest rates – at least until (and if) tighter monetary policy slows credit demand and sparks a raft of debt defaults.

In short, near-term prospects look positive and are little changed from three months ago.

Due to a mix up, our 1 June print issue omitted this year’s Cash Magic screen selections. Any readers who would like a copy of the stocks in Excel or pdf format please email me at alex.newman@ft.com.