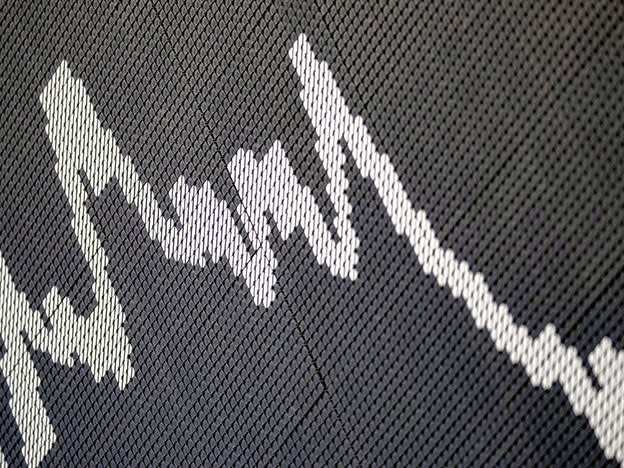 John Baron reflects on markets and the investment trust sector

We live in interesting times. Markets are volatile as they accommodate various challenging scenarios. Perhaps the main concern relates to policymakers being behind the curve in responding to rising inflation and the likelihood of further, if not steep, interest rate rises as central banks play catch-up. There is blood on the streets and the sticking plasters are out. But markets need to be convinced of more fundamental government reforms if they are to look through the smoke and rally on a sustained basis. Meanwhile, value is beginning to emerge in the investment trust sector for those with long-term horizons, but selectivity is key.

For the reasons detailed in a previous column (‘Preparing for inflation’, IC, 12 March 2021), I have long believed a number of factors were making for a sustained rise in inflation, and portfolios needed to be prepared. But the ultimate cause of inflation is usually government policy. And this is the cause currently. As highlighted in previous columns, the first round of quantitative easing (QE) in response to the 2008 financial crash was soaked up by banks as they repaired their balance sheets. The second round since has increasingly been reaching the real world. Too much money is the harbinger of inflation.

Meanwhile, given the extent of debt in the economy, policymakers kept interest rates artificially low. Despite monetary growth figures going through the roof, central banks yawned. Despite clear evidence of pockets of inflation building in the nooks and crannies of the economy, policymakers looked away. Initially, we were told inflation was not a problem. When it became a problem, we were told it was going to be transitory. Now it’s evident it is not transitory, we are being assured it will subside later in the year. A pattern begins to emerge that suggests what will come next.

These have been deliberate policies because the alternatives – of reining back the state, of seeking efficiencies, of cutting spending, regulations and taxes – were hard choices that were beyond the will of most governments. So while policymakers talk of Ukraine and the pandemic as causing the current inflation, this is only half the truth. Although there are nuances to such a narrative, it is ultimately governments that cause higher inflation – and the evidence suggests this usually follows a period of higher spending. It’s as simple and as complicated as that.

Markets need convincing that central banks are ahead of the curve – note the markets' disappointment last week when it was thought the interest rate rises did not go far enough. The problem for policymakers is that, while current rates are clearly too low to curb inflation, they fear raising them too aggressively given the level of indebtedness in the economy – which they have helped to create as rates were low for too long. Governments are on a cleft stick and the markets know it.

A key part of the problem is that the state has become too large, as evidenced by the increased number of civil servants. This crowds out the private sector and hinders growth and enterprise. With growth sub-optimal, living standards fall. It is no coincidence that the governments in the UK since 1945 that overtaxed and overspent left office amid a downturn, if not crisis. The government needs to rediscover the fundamental truth that lower taxes nurture economic prosperity over the medium to long term. The Treasury’s concern about a short-term hit to revenues needs to be firmly put into perspective.

The Laffer curve illustrates the opportunity for those brave enough to embrace it. Instead, taxation in the UK is at a 40-year high – with Tax Freedom Day now being 8 June. Too many people are caught by the higher rate of tax as the slow increase in threshold bands has become a stealth tax. The UK is now considering the OECD’s policy of mandating a minimum corporation tax of 15 per cent. Once introduced, the rate will only rise – the French finance minister has already said the plans are a ‘starting point’. Yet smaller business tax in particular should be cut aggressively, if not eliminated.

Little wonder the markets are concerned. They see government spending, regulation and tax policies stifling growth and causing inflation, if not stagflation. Cutting taxes would immediately help hard-pressed families cope with the cost of living pressures. Government spending also needs to be cut – managing finances is always a matter of priorities. Scrapping HS2 would save at least £85bn – and more if costs keep rising. The Taxpayers Alliance believes billions of pounds could be saved if the myriad of quangos were streamlined – many established to help ministers push difficult issues into the long grass. Other savings exist.

Markets and living standards would rise on a sustainable basis if such issues were addressed. It is perhaps no accident that, after Margaret Thatcher’s reforms, living standards rose for a generation thereafter. Governments would also do well to remember that sound finances and strong economies are not an end in themselves but rather a means to better help the vulnerable and less fortunate in society. A bigger economic cake can make for a more compassionate and fair society, if governments are up to the job.

Indeed, governments also need to be more clever. For example, given inflation will prove ‘stickier’ than policymakers predict, the cost of living crisis requires less cash thrown out of helicopters and further increases in both the minimum and living wages to better help those most affected. Scrapping the planned increases in corporation tax would help compensate businesses. Society needs to pull together. The government could then better focus on benefit payments. Getting the NHS to focus on improving outcomes rather than pursuing bureaucratic processes and reintroducing grammar schools are further examples.

In short, the current problems are due to poor economic and financial policies pursued by successive governments. QE and artificially low interest rates, combined with a tax-and-spend agenda, have not only resulted in a period of inflation, economic malaise and falling living standards – they have made for a distortion in financial markets to the point ‘zombie’ companies have survived and productive work has fallen in value. There will need to be some sort of reckoning. Most likely, either valuations of financial assets and debt will be eroded by inflation or these values will have to decline and the debt unwound. For now, inflation is the greater problem.

Where does this leave the investment trust sector? It has certainly witnessed a sharp reversal as net asset values have fallen and discounts widened across a number of sub-sectors as uncertainty has taken hold. For example, year-to-date (YTD) figures to 31 May show the FTSE All-Share Closed-Ended Index has returned -14.3 per cent, which compares with 1.5 per cent for the FTSE All-Share and -6.2 per cent for the MSCI World (£) – all figures being total return. We are once again reminded that short-term volatility can be the price paid for the sector’s superior performance relative to both indices and unit trusts over time.

The extent of the fall has been savage in places. Those investment trusts pursuing a ‘growth’ mandate have perhaps been hit hardest of all – the price of some good quality companies, whether domestic or international, being down 40 per cent and more YTD. Rising inflation and interest rates have brought into question the high valuations of long-duration assets, and encouraged a rotation into ‘value’. This may have further to run, while recognising we have travelled some way. Those trusts focused on smaller companies and private equity have also particularly suffered.

The more resilient performers have tended to be those focused on equity income in part because of the rotation, and those specialising in more defensive sectors such as renewable energy, infrastructure, capital preservation, commodities and specialist lending – some because their revenues are correlated with inflation. Sound diversification has certainly shielded relevant portfolios from the worst, with a number of alternative assets showing positive gains despite the challenging backdrop. Investors would be wise not to desert the principle.

This is perhaps illustrated by some of the 10 real investment trust portfolios managed on the website www.johnbaronportfolios.co.uk including the two covered in this column. The performance YTD (to 31 May) of the Autumn (called ‘Income’ in this column), Winter and Dividend portfolios is -3.4 per cent, 1.5 per cent and -1.4 per cent, respectively. As one would perhaps expect, the Green and Green Isa portfolios have produced returns of 3.2 per cent and 5.7 per cent – the latter being introduced on 1 February 2022. Diversification relative to remit has certainly aided returns.

However, the extent of the setback for some investment trusts may now start to represent an opportunity for long-term investors. While volatility will continue, the sector’s underperformance relative to the wider market could be about to play its course. The sector has a disproportionate number of good fund managers, many of whom have seen such times before. Investment trusts cover all investment categories including those that are most promising. Moreover, their structure and governance allows the managers to gear accordingly and take a long view.

As such, some of those sectors hardest hit are beginning to look attractive. For example, while remaining cautious relative to remit, the portfolios have recently been selectively adding to their private equity exposure given the extent of discounts on offer and the sector’s outlook as highlighted in the column ‘The case for private equity’ (IC, 29 October 2021). One of the reasons to be positive is the increasing tendency for high-growth businesses to remain private for longer. This, combined with experienced managements, depth of resource and good track records, suggest optimism over time.