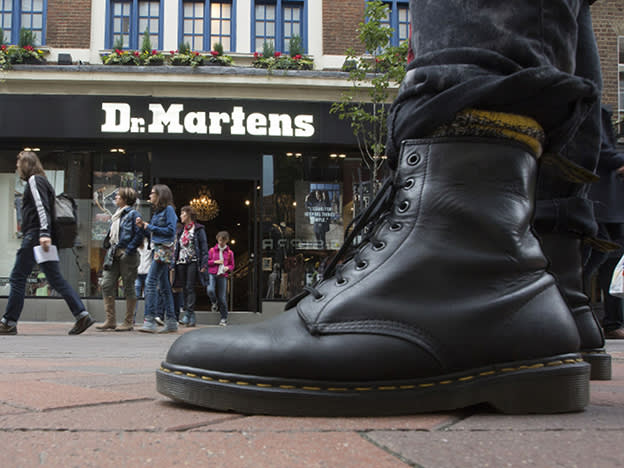 It would appear that Dr Martens (DOCS) is finally hitting its stride after a somewhat rocky start to life as a listed company. On the day of its IPO in January 2021, the iconic bootmaker’s shares were offered to investors at 370p each–and they’ve been trading below this figure since last July (losing 56 per cent of their value across the year-to-date). Jitters around inflation have naturally left markets lukewarm on growth stocks, but the pessimism around Dr Martens may yet prove to be unwarranted.

Its full-year result showed that the company managed to bump its revenue up 18 per cent–with underlying pre-tax profits up a respectable 43 per cent. Revenues from online sales rose 11 per cent year-on-year and now represent 29 per cent of the group's total. Performance in the Asia-Pacific region–already the smallest in terms of sales–was impacted by Covid-19 restrictions, as were some supply chains.

Dr Martens’ third-party factories in south Vietnam were, for instance, closed for more than a quarter of the company’s last financial year and shipping times to the US nearly doubled. As a result, the company said it prioritised “allocation of inventory at peak periods” to its higher-margin, direct-to-consumer (DTC) channels.

“This successful navigation of unforeseen macroeconomic challenges will be reassuring to investors, particularly given Dr Martens position as a very newly listed company,” said Russell Pointon, director at investment researcher Edison Group. “However, the pressures are set to rise, and a close eye will be kept on whether consumers continue to indulge in Dr Martens in the face of increased living costs. "

The company’s growth strategy relies heavily on the expansion of its own stores and digital platforms. For the upcoming financial year, it hopes to open 25 to 35 new bricks-and-mortar outlets in-line with an accelerated timeline for expansion in the US. The push into the North American market also means that Dr Martens expects its capital expenditure to increase from 3 per cent of revenue to up to 4.5 per cent.

Also in the pipeline are longer-term plans to create a repair and resale offering, which would let interested consumers buy second hand shoes from approved retailers. With prices for a pair of Dr Martens due to increase 6 per cent this year (thanks to higher production costs) the company may find that consumers are on the lookout for a bargain. In the short term, the company will have to hope demand is as durable as its boots, while the shares rate at a still pricey 15 times 2023 forecasts. Hold.