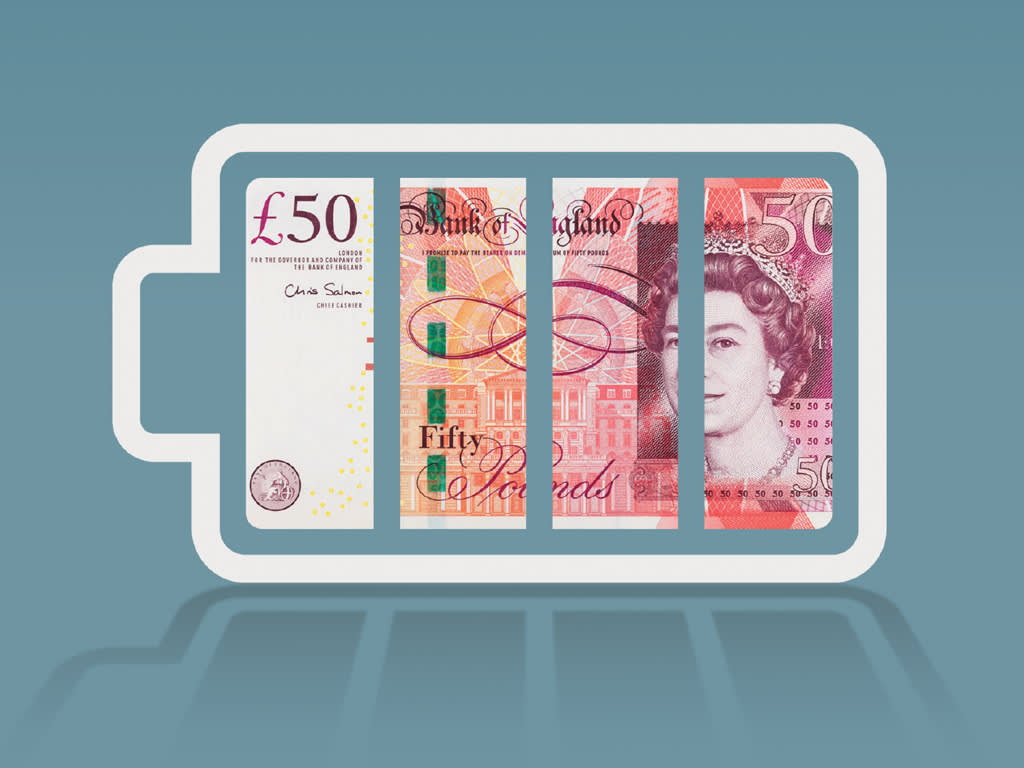 How to maximise returns from the UK's most popular tax break

In 1999, the speculative fad-based investing of the dotcom bubble was reaching its apex, and Bill Gates’ (then the richest man in the world) net worth topped $100bn thanks to the soaring value of Microsoft (US:MSFT) stock. Tony Blair was presiding over Cool Britannia and Westlife’s ‘I have a dream’ spent four weeks at the top of the UK charts. Brussels popped the champagne as the euro was introduced after many years of preparation.

The UK savings industry, meanwhile, was having a little cultural revolution of its own. In April 1999, Gordon Brown, then UK chancellor, introduced the individual saving account (Isa) to “get Britain saving again”. Isas replaced personal equity plans (Peps) and tax-exempt special savings accounts (Tessas), with the  key advantage of enabling people to access their money at any time, while also allowing savings to grow free of income tax, capital gains tax and dividend tax.

Isas gradually became the savings staple of the UK public and are now subscribed to by millions every year. According to a paper published by the Office for National Statistics last year, between 10m and 15m Brits have been putting money into Isas on an annual basis over the past two decades, with the market value of all adult Isa holdings totalling £584bn in 2019.

As the UK savings ratio (household saving as a proportion of income) has had a bumper year over the pandemic, increasing from 9.6 per cent in Q1 2020 to 29.1 per cent in Q2, perhaps the 2020-21 tax year will prove to be one of the more fruitful years for the Isa wrapper, while the events of the past year have underlined the value of saving for a rainy day.

We have compared the costs of many different investment platforms to help you pick the most cost effective. And we have collected feedback from IC and FT readers to rank platforms. Click here to compare costs and ratings for the UK's ISA providers.

In its simplest form, the Isa is a wrapper that allows you to grow savings free of tax. You have an annual Isa allowance, which is the amount you can add in any given year. The current allowance is £20,000, a level it has been at since 2017.

All UK residents can have Isas, while junior Isas are available for children under the age of 18, and must be set up by a parent or legal guardian before the child is 16. The current Junior Isa allowance is £9,000 a year. From 16, you can open your own cash Isa and from 18 you can open a stocks-and-shares Isa, innovative finance Isa (IFIsa) and lifetime Isa (Lisa) if you’re under the age of 40.

By opting for a stocks-and-shares Isa, you can grow your money over time and benefit from compound growth. If you put £20,000 into an Isa at the start of every year, for example, and the investment grew by 4 per cent per year, after 20 years your portfolio would be worth £619,384. After 28 years, you’d have over £1m – and almost half of it would be taxable if it were not inside an Isa.

If you have a low risk tolerance or think you might need access to your Isa money within the next five years, it might be more sensible to put money into a cash Isa. Cash Isas currently pay very low levels of interest, so the tax benefits may be minimal, but it is good to keep as much money as possible within the wrapper, as once the tax year has ended (5 April) you can’t use up that year’s allowance.

Getting asset allocation right in your Isa

Dave Baxter details some rules of thumb for building the best portfolio.

There are some other types of Isa you can consider. Lisas, which replaced ‘Help to Buy’ Isas, were designed to help people with a property purchase. You can set one up between the ages of 18 and 40, and put up to £4,000 into it each year. You can keep contributing until your 50th birthday, and the government will add an extra 25 per cent, up to £1,000 a year. As with all Isas, it is free of UK tax. The government will pay the bonus each month (or however often you pay into your account), and your platform or bank should claim the bonus for you. However, Lisas can catch people out (see ‘Watch out for Lisa’s sting’ overleaf).

Innovative finance Isas are for peer-to-peer lending – where you directly lend money to borrowers and businesses for a fixed amount of time and they pay you back with interest.

Interest rates can look generous on these products, but generally the higher the rate, the greater the risk you will lose money.

As it happens, the Isa was established just six months after Chris Tarrant became a TV sensation with his game show Who wants to be a Millionaire?. While only six contestants in the show’s history have legitimately won the top prize, there are now estimated to be roughly 1,600 Isa millionaires in the UK.

Hargreaves Lansdown, the UK’s largest platform, has 579. While their average age is 71, some are in their 30s. Sarah Coles, personal finance analyst at Hargreaves Lansdown, shares the secret to their success: “Isa millionaires often have core holdings of global funds, which spread the risk across world-leading businesses across the globe. They then go on to specialise with satellite holdings that reflect the level of risk that suits them and their particular interests.”

She adds that the Isa millionaires she’s spoken to say it has been important to have faith and hold on through market fluctuations. “At times of big market movements, they will revisit their portfolio to check it still suits their needs, and whether there are opportunities they want to take advantage of, but they avoid knee-jerk reactions,” Coles says.

ISA vs Sipp: Which should you pick?

Go to our Isas Q&A for answers to the following questions:

Should I hold speculative/high risk shares in my Isa given the risk of losses which cannot be offset against tax bills?

What are the inheritance tax rules on Isas?

Should I hold Aim shares in my Isa?

On AJ Bell Youinvest, 83 per cent of Isa millionaire money is held in individual equities, and just 14 per cent held in open-ended funds, investment trusts and exchange traded funds (ETFs). On interactive investor, however, investment trusts are the preferred choice, with 54 per cent of Isa millionaire portfolios held in closed-ended funds. It appears there is not an obvious answer as to whether a stockpicking strategy or funds strategy will improve your chances, but the former is more risky.

For those at the start of their investment journey, becoming an Isa millionaire is much more attainable now the allowance is much larger than it was even five years ago, although it could of course be scaled back in any future tax year. If you saved £1,000 a month into your Isa, with market returns compounding at 4 per cent a year, you would have a million pounds in 38 years. That would be made up of £456,000 of what you had paid in, and £580,254 of interest.

Our top fund and share picks for your Isa

At current tax rates, deducting the capital gains tax-free allowance of £12,300, if you are a higher-rate or additional-rate taxpayer the Isa wrapper in this example would provide you with £113,591 in tax savings, assuming all the returns were capital gains.

If part of the returns had come from dividends, your tax saving would be more. Isas can be particularly attractive for high-yielding stocks, as dividend tax is higher than capital gains tax – for now at least.

Selecting the right mixture of equities, bonds and other assets can be a complex affair driven by your circumstances, financial objectives and attitude to specific risks. Running a Sipp alongside your Isa only appears to complicate the issue. Yet many of the same rules of thumb, combined with an understanding of the relative advantages each tax wrapper can offer, should prove useful. We look at how to run the two alongside one another.

When it comes to picking a tax wrapper, investors should be wary of the Lifetime Isa, given the punitive measures applied to those who exit ‘early’. The wrapper gives a 25 per cent bonus to first-time buyers who use it to purchase a property worth £450,000 or less, at least a year after setting up the Isa. You can also safely withdraw – and take the bonus – if you are aged 60 or over, or if you are terminally ill with less than 12 months to live.

But life circumstances and objectives can get in the way of meeting these strict criteria: the property you buy may exceed the £450,000 limit, or you may unexpectedly need the money in the long wait to the age of 60. If a customer does breach the terms, they will be slapped with a 20 per cent penalty, which is reverting to 25 per cent in the new tax year on 6 April.

A stocks and shares Isa is a much simpler, more flexible vehicle. However, as EQ Investors chartered wealth manager Freddie Cleworth explains, the Lifetime Isa can still pay off over time. “For any high earners maxing out pension contributions and able to fund their full Isa allowance as well, this is another tool in the kit for helping eke the most out of savings and investments,” he says. DB