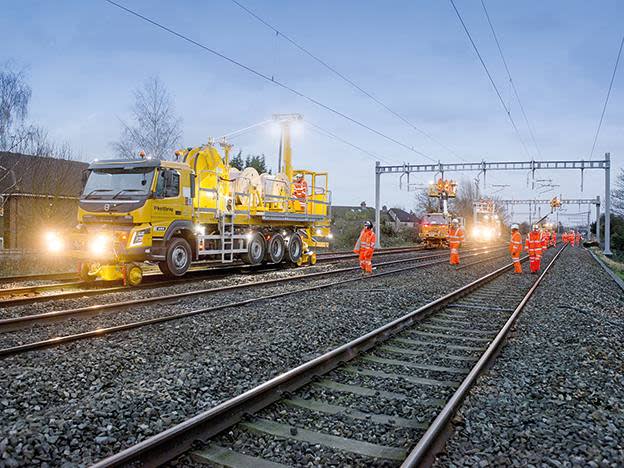 The year-end order book was higher than expected, as the company looks to leave a major fraud incident behind it

Construction company Balfour Beatty (BBY) has hiked its dividend after posting a robust set of results which came in ahead of expectations, with notable cash generation and an increase in the expected level of share buybacks. It can now also look to move on from a military housing fraud case in the US, after a $65mn (£49mn) resolution with the Department of Justice.

Balfour’s travails in the US have been “hanging over the share price for some years”, in the opinion of Numis analysts. Balfour Beatty Communities (BBC), a US subsidiary which provides military housing, pled guilty to fraud in December after making erroneous reports between 2013 and 2019 relating to maintenance work in order to claim incentive fees. BBC paid the amount due under the resolution in January and will be subject to an “independence compliance monitor” for three years – but this should draw a line under the matter.

Balfour’s underlying profit from operations came in at £197mn, a huge jump on the prior year’s £51mn posting albeit 10 per cent lower than in 2019. The company also booked a £34mn provision for “rectification works” needed on a London development. The US was the standout performer on the construction side of the business, doubling underlying profit to £51mn. Support services, which had its margin target raised to 6-8 per cent from 3-5 per cent, bettered that – underlying profits were up by 122 per cent to £102mn as it retreated from the water and gas sector and enjoyed “end of contract gains”.

December’s trading update had trailed £100mn of new share buybacks in 2022, after a £150mn programme was completed in 2021. The results confirmed that this year’s volume has been raised to £150mn of shares – the buybacks “will commence immediately” – which should bring a smile to the face of investors.

The company is swimming in cash, with a year-end balance of over £1bn. Average net cash for the year came in at £671mn, up from £527mn in the prior year. Investments remained flat, but £1.1bn is still a heady balance.

Numis analysts forecast EPS of 24.2p and then 26.6p for financial years 2023 and 2024. The shares are trading at nine times the broker’s 2023 earnings expectation, which looks undemanding given growth prospects. While Balfour’s order book is slightly down against this time last year – £16.1bn against £16.4bn – it is still £600mn up on the amount forecast in the trading update. Hold.