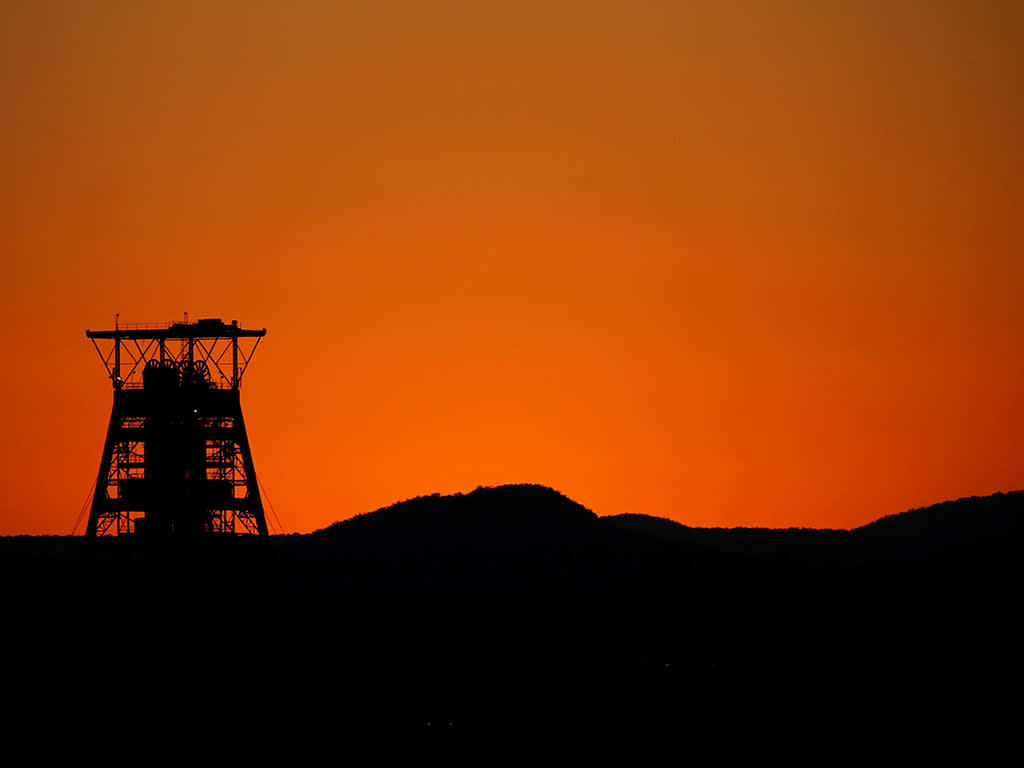 In past round-ups, we have normally reserved this space for an overview of commodity markets, and their implications for some of the UK’s largest resources stocks in the year ahead. This time, we’d like to take a different approach.

One reason for doing so is the level of trade-war-themed uncertainty facing the sector, a point reflected in both the FTSE 350 Oil & Gas and Mining indices, which despite strong starts are flat on the year. In general, the blue-chip resources stocks upped their shareholder returns policies, but the whipsawing of commodity prices has held profits in check, pared back the collective return on capital and – in the case of the miners – cast doubt over capital expenditure plans.

But as any resources executive knows, the most important investment decisions must be made over years and decades. It is with this mindset that we are changing the way we write about and assess fossil fuel stocks.

This change received its most recent prompt on 8 October, when the United Nations Intergovernmental Panel on Climate Change (IPCC) put our greatest collective mess in startling terms: the world has about a decade to begin sharply reducing carbon emissions, or face catastrophe. Three years on from the Paris Climate Agreement, when countries agreed to limit global warming to between 1.5 and 2 degrees above pre-industrial levels, the world economy continues to emit ever-greater amounts of greenhouse gases.

So long as those emissions continue to rise, our atmosphere will only get hotter. Without the unprecedented and aggressive decarbonisation of the global economy in the next decade, we face the collapse of eco-systems, food and water supplies in the ones that follow. The geopolitical implications are frightening; the social, ecological and human costs unthinkable.

This cannot be an option. We are hurtling towards a precipice, faster than most of us realise, and the window to divert from this suicidal trajectory is closing.

But why is all this relevant to investors in fossil fuel producers? It’s a multi-part answer, and naturally depends on one’s outlook. Those in favour of outright divestment suggest capital should only and ever be directed to a more prosperous future. Because this future is contingent on a zero or low-carbon economy, it is therefore incompatible with the business-as-usual approach of the fossil fuel industry.

There is a valuation argument behind this stance, too. Scientists tell us that we have an ever-shrinking carbon budget to burn before we miss ‘safe’ rises in global temperatures. We also know that the world’s fossil fuel powers have enough on their books to blow through this budget, which means that reserves of coal, oil and gas are likely to be overvalued. And if reserves are overvalued, then the logic of investing in exploration activity – a tradition almost all of the listed oil and gas stocks appear committed to – looks at best questionable. Put simply, and whatever the short-term projections suggest, fossil fuels are now in a period of managed decline.

The industry has an important counter-argument to all of this: that global consumption of certain fuels (such as gas, and to a lesser extent oil) is still trending higher, and that flatlining global coal consumption disguises strong demand from rapidly growing Asian economies. It is this juxtaposition that explains Glencore’s (GLEN) ongoing consolidation as a producer and marketer of thermal coal, even while it touts its cobalt and copper production as vital contributors to an electric vehicle future.

Their second argument is that only policy and political action – either through taxation, incentives, renewable subsidies or drilling restrictions – can really steer the transition. There is truth to this, and ultimately we need political and industrial leadership, and technological innovation, to help redress the woefully inadequate momentum to date.

But regardless of the pace, the pressure on industry can only head one way. As University of Pennsylvania professor Daniel Aldana Cohen recently wrote in The Nation: “The IPCC report makes it clear that if we make the political choice of bankrupting the fossil fuel industry and sharing the burden of transition fairly, most humans can live in a world better than the one we have now.”

That’s no mean feat, as the recent riots against fuel prices in France made plain. It’s also hard to imagine how “bankrupting the fossil-fuel industry” (along with export-reliant states) won’t have serious knock-on effects for the rest of the global economy. However policy is managed, it is likely to be disorderly. In its ‘Outrageous Predictions for 2019’ – an annual forecast of unlikely but possible market scenarios – Saxo Bank pondered a situation in which “another year of wild weather…[sets] off panic alarms in capitals around the world”, and results in a broad-based global transportation tax on aviation and shipping equivalent to $50 (£39.13) a tonne of CO2 emissions.

It’s possible that both positions miss the broader picture, and the technological revolution that the energy transition has already helped to forge. Financial advisory group Lazard’s latest analysis of the levelised cost of energy found that utility-scale solar and onshore wind is now frequently at or below cost of conventional generation. Meanwhile, a recent report by financial think-tank Carbon Tracker suggests that 42 per cent of global coal power capacity is already unprofitable and that even without a change in industrial policy this will climb to 72 per cent by 2040. “History shows that when politics comes up against economics, economics inevitably wins,” says Matt Gray, the think-tank’s head of power and utilities, and lead author of the coal report.

It is these sorts of asymmetries that should inspire hope in the energy transition, and fear in the fossil fuel incumbents, whose size offers little protection in and of itself (save for perhaps lobbying power). As history shows, disrupting technologies need only reach a 5-10 per cent market share before the previous dominant technology can be said to have peaked.

Worse still for the incumbents, fossil-fuel-based energy generation has a lower capacity to transform itself and out-compete the now frequently cheaper alternatives. This is also true of fossil fuel exploration, where internal rates of return are trending lower over time, and whose reliance on subsidies is likely to come under increasing pressure in the years ahead.

By contrast, renewable energy is growing exponentially, and is scaleable in ways fossil fuels are not. As a disruptive industry, it also exhibits high levels of learning, which many now believe could ultimately lead to energy costs of $30/MWh, far below coal or gas. Rapid developments in battery storage technology are on course to solve the intermittency issues.

As a magazine focused on ordinary shareholders, we have long tried to engage with the promises of London’s largest resources stocks, that they can be part of the transition to a cleaner energy future. The track records of both BP (BP.) and Royal Dutch Shell (RDSB) outstrip their US, Russian and Chinese supermajor counterparts – although this may not be saying much.

Indeed, one argument against divestment is what we might term ‘gradualist’ – a steady shift away from carbon-emitting fuels. It’s the approach the industry hopes investors take. Calling for a “collaborative path” through the energy transition, BP chief executive Bob Dudley recently lamented “people who want to drive a wedge between the energy industry and investors – between oil and money”.

But it is increasingly difficult to see why that money should naturally gravitate towards fossil fuels, as Mr Dudley hopes, which is just one reason we believe BP’s focus on production growth could present a real risk in the coming years.

Increasingly, this is our view of the vast majority of exploration-focused oil and gas stocks, which appear content to carry on as normal. With the exception of a few European oil majors – such as Repsol, which has set limits on its output and reserve life – most companies are moving at a snail’s pace.

Among London’s stocks, Shell is the only company whose approach to climate change amounts to anything like ‘leadership’, a point marked by a recent decision to link near-term carbon emission reduction targets to executive pay. It will be fascinating to see not only what this means for the company’s pivot into renewables and electric vehicles, but for the broader potential for investor engagement with the industry.

In raising the prospect of fossil fuel divestment, we risk the charge of hypocrisy. There’s no pretending that the Investors Chronicle has primarily assessed fossil fuel groups on their relative valuations. In recent years, we have repeatedly warned of the threat of disruption posed by renewables, climate policy and stagnating and peaking fossil fuel demand, but we have also tipped companies that exploit fossil fuels.

The criteria needs to be much stricter. Our goal has always been to dispassionately weigh the merits of stocks, but the scale of the climate crisis now defies such staid considerations, particularly when the impetus to pivot away from fossil fuels is now global. The reality is that the narrative around the energy transition is becoming detached from the urgency of climate breakdown, and the industry blowback that is likely to result.

Adjusting portfolios accordingly is difficult. For many readers, divestment may not feel like a choice, and Shell, BP, and coal miners such as BHP Billiton (BLT) and Anglo American (AAL) are important sources of dividends. Then again, investors should remember that while fossil fuels helped to supply the energy on which modern society was founded, none of us owes the industry our unfettered support, and that these companies’ actions need to live up to their promises on the climate.

On this measure, we see greater long-term value in resources stocks that will help to provide the solutions, such as copper-focused Antofagasta (ANTO) and Central Asia Metals (CAML).

Throughout all of this, we will still cover the sector and its shares. But we will be taking a much dimmer view of companies that continue to pursue exploration-led growth, or which fail to account for the profound climate-related risks to their business models and assets. We’d urge long-term-focused investors to do the same, and to view a managed step away from fossil fuels as a chance of building a better, more secure future.