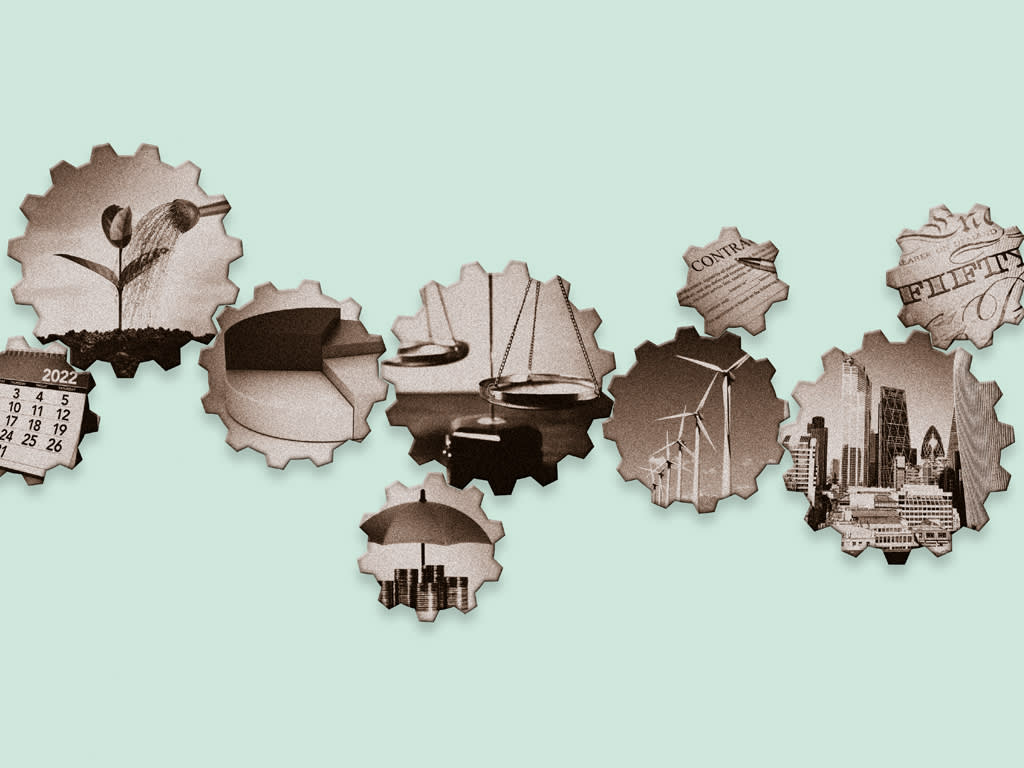 In our special report on Sipps, we examine how to make the most of these tax-efficient vehicles and how to tweak asset allocations in a challenging market

With the global stock market falling 15 per cent in the first four and a half months of the year, investors who have watched their retirement savings dwindle might understandably feel concerned. Add to that inflation hitting 9 per cent in the UK last month and many people might be re-evaluating the wealth stored in their pension.

Bonds haven’t helped derisk portfolios, either. Vanguard’s LifeStrategy 20% Equity fund, which holds 80 per cent in bonds, has fallen by more than its LifeStrategy 100% Equity counterpart so far this year – despite being branded as ‘lower risk’.

The good news, however, is that those in the accumulation phase of their investment journey can afford to ride out the short-term vagaries of markets. Bear markets are normal – the S&P 500 has had 26 since 1928, according to analysis by Hartford funds, falling by an average of 36 per cent each time.

Another reprieve is that UK stocks have fared better than most, with the FTSE 100 one of the few major indices to be in the black in the first 20 weeks of the year. This is partly thanks to the dominance of large oil and mining companies whose share prices have boomed alongside rising commodity prices. Meanwhile, those reliant on dividends for pension income will welcome Link Group’s recent upgrade of its forecast for UK dividend payments in 2022 to £85.8bn – 15 per cent higher than last year (when adjusting for mining company BHP’s delisting from the London Stock Exchange).

While the number of Sipp accounts continues to grow at a good rate, the pandemic did cause growth to decelerate. According to the latest data available from the Financial Conduct Authority, Sipp sales were 17 per cent lower in 2020 than in 2019. Over the same period, Isa sales boomed by 79 per cent, as investors flocked to volatile markets.

And where are Sipp investors putting their money? Platforms broadly report no drastic changes – which is probably for the best. “There has been very little change in the most popular funds used by Sipp investors in the last six months, which shows most pension investors take the sensible view and look through the short-term issues,” says Helen Morrissey, senior pensions and retirement analyst at Hargreaves Lansdown. “If high inflation persists [for even longer], we may see people looking to make changes, but for now they are largely staying where they are.”

But Jemma Jackson, head of public relations at interactive investor, reports some subtle changes. In the first four months of the year, all four of the wealth preservation trusts – Personal Assets (PNL), Capital Gearing Trust, Ruffer (RICA) and RIT Capital Partners (RCP) – were all in interactive investor’s top 20 most bought investment trusts in Sipp accounts, compared with just one in the same period last year. At the other end of the risk spectrum, two private equity trusts also made the top 20, compared with none the previous year, and five trusts focused on emerging markets and China, compared with one last year.

Jackson also says that when it comes to drawdown, most people take the tax-free lump sum upfront, and the age at which this occurs is being brought forward. “Whereas a couple of years ago, if someone didn’t take it at 55, they took it at 60, now, they might take it at 56 or 57 instead,” she says. Coupled with this, she says there is a trend of people taking regular payments out of their pension later. “In 2020, the most common age was 60. Throughout 2021 and 2022 so far, it has risen to around 62.”

Hargreaves Lansdown reports a trend of people withdrawing slightly less from their pensions now than they did four years ago, which may be because lockdown prompted people to spend less, and subsequently pay for price rises via cash savings. “We believe it is a good idea for retirees to keep one to three years’ worth of essential expenses in cash that they can use when inflation is high or investment markets are volatile,” Morrissey says.

In times of turbulent markets and elevated inflation, prudent Sipp management is important but the basic rules of diversification and planning don’t change.

• Same tax advantages as a standard personal pension, which means income tax relief is available on money paid in at your marginal rate.

• Open and pay into a Sipp and receive tax relief until the age of 75 .

• Use a Sipp to combine all your old workplace pensions into one easy-to-use online account.

• Choose exactly what you want to invest in – such as individual shares, property, funds or following your own ethical mandate.

• Manage your pension costs by choosing a low-cost Sipp provider.

• Pass money to heirs free of inheritance tax (they will pay income tax if you die after the age of 75).

• At drawdown, 25 per cent of your pension can be withdrawn tax-free (then income tax is payable but the tax-free lump sum doesn’t affect your personal allowance).

Key things to watch out for

• Annual allowance £40,000 across all pensions or 100 per cent of your earnings, whichever is lower.

• Higher or additional-rate taxpayers have to claim the additional boost from HMRC in a tax return.

• Money-purchase allowance triggered (£4,000 per year) after you take money out of your pension.

For all our Sipp special features, see below:

Shaping up your Sipp for trying times

Should I invest via a full-service Sipp?

How to prioritise between Sipps and Isas

Saving via a junior Sipp