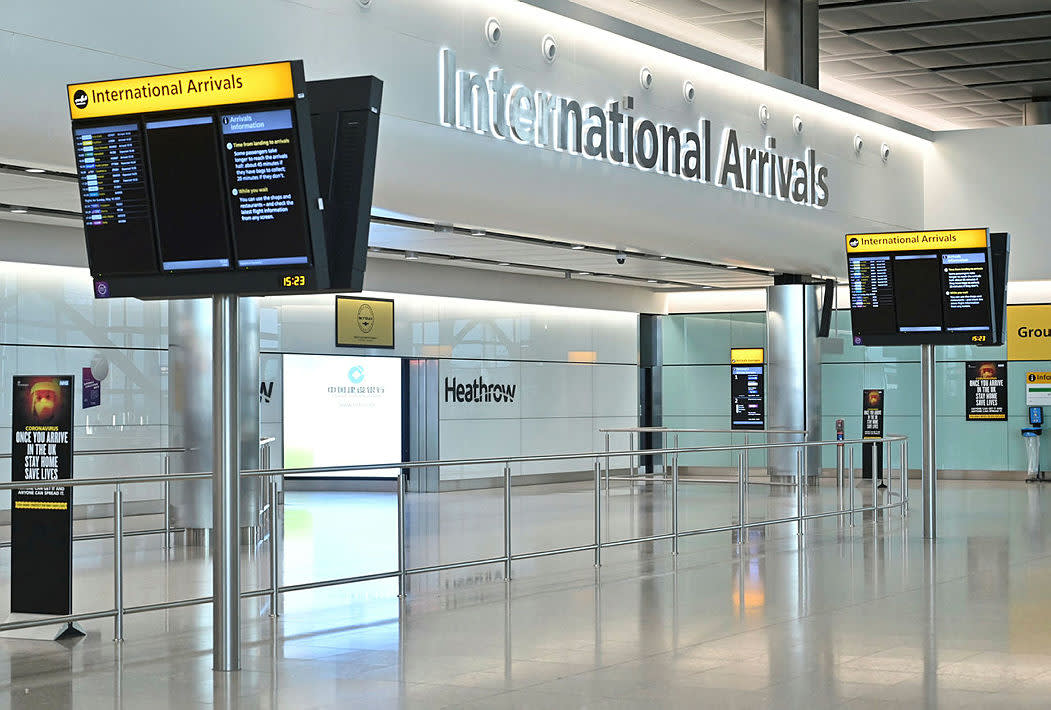 Johnson maps road out of lockdown

Boris Johnson’s route to “reclaiming our freedoms” is a blow to many industries which have spent almost a year struggling for survival. On 29 March, the Prime Minister’s ‘stay at home’ rule will be removed, which means people can meet up in socially-distanced groups of six in the park, at open-air sports facilities, or in private gardens. But pubs, restaurants, holiday lets, theme parks and non-essential retailers will have to wait at least another two weeks before they can open their doors again, meaning they will miss out on the big Easter bank holiday weekend.

The government has not given clear instructions regarding the return to offices, meaning it is very unlikely that businesses will look to sign new leases any time soon. Flexible workspace providers have already started to reveal the pain inflicted from working from home as occupancy has declined and pricing fallen with it. But these flexible providers, including Workspace (WKP), could benefit as cities recover from the pandemic and seek to decamp from big offices into more fluid spaces. It is the big commercial landlords whose business models rely on long-term lease agreements which could struggle as the world of work changes for good.

Other companies look primed for the rebound: no doubt supermarkets will enjoy another surge from Britons in a celebratory mood, just as they did over Christmas.  While Theresa May has cautioned that the review of international travel on 12 April will not give Brits enough time to plan their summer holidays, we disagree. A nation in desperate need of a break doesn’t need much time to plan. The summer holiday deals currently being offered by RyanAir (RYA) easyJet (EZJ) and Tui (TUI) are adding to the temptation.

Read our full run-down of what the lockdown transition means for your portfolio.

Facebook (US:FB) has pledged to pay $1bn (£0.7bn) to the global news industry over the next three years, shortly after it agreed to reverse its ban on news sharing for users in Australia. The tech titan reached an agreement with the Australian government , securing some changes to proposed laws that might force internet giants to pay for the news displayed on their platforms. The potential laws are still being debated by the Australian government, but if passed could serve as a model for other countries to address the relationship between big tech and traditional publishers. Google parent Alphabet (US:GOOGL) has avoided such direct conflict with the government, and has independently struck deals with publishers, including Rupert Murdoch’s News Corp (US:NWSA). Its three-year contract applies to some of News Corp’s titles outside of Australia, including The Times and The Sun in the UK, and The Wall Street Journal in the US. LA

Aviva (AV.) has agreed to sell its French business in an all-cash transaction that values the division at a 20 per cent discount to Solvency II own funds and at a premium to the group-wide market value.

The deal, the latest step in the move to refocus on the UK, Ireland and Canada, will increase Aviva’s own Solvency II capital surplus by around £0.8bn, raising the prospect of enhanced capital distributions debt reduction and investment in “long-term growth”. The sale, to mutual insurer Aéma Groupe, is expected to conclude by the end of 2021. AN

Figures from the ONS show that retail sales volumes fell by 8.2 per cent from December, a much larger contraction than the 2.5 per cent decrease forecast in a Reuters poll of economists and the second largest fall on record. The biggest ever monthly fall was recorded at the start of the pandemic in the UK. The ONS data also showed that public debt increased to £2.1 trillion pounds or 98 per cent of gross domestic product, a share not seen since the early 1960s. MR

Heathrow airport called for more support from the Chancellor this week, after it logged a steep £2bn loss in 2020.  The company flagged that it had not received any government support outside of furlough, and had not been given business rate relief, unlike some other airports, retail and hospitality businesses. With passenger numbers falling to their lowest since the 1970s, chief executive John Holland-Kaye told the Financial Times that the government should use digital health apps to help international travel recover. LA

Nestlé (SWX:NES) was buoyed last year by strong sales of pet food, dairy and health products, lifting organic sales 3.6 per cent to CHF84.3bn (£65.6bn) - just ahead of consensus estimates. While Purina Petcare was the largest contributor to growth, reflecting trends in rising pet ownership and time spent at home, the company attributed a rise in dairy sales to higher demand for home-baking goods. Sales for its health science business were bolstered by the popularity of products supporting the immune system. Small wonder, perhaps, against the backdrop of an ongoing health crisis. HC

Apple (US:AAPL) was the top smartphone vendor in the final quarter of 2020, nabbing the crown from its android rival Samsung Electronics (KR:005930). Research firm Gartner found that while global sales of smartphones to end users dropped 5.4 per cent in the fourth quarter of last year, more 5G-enabled and lower-to-mid-tier devices cushioned the decline. The launch of Apple’s first 5G smartphone last November helped it reach a new record high net profit in its latest quarter, and regain its title as top smartphone vendor since it was knocked off in 2016. LA

In a major setback for ride hailing company Uber (US:UBER), the UK Supreme Court decreed that its drivers are classified as workers rather than being self-employed. The ruling means that drivers are entitled to at least the national minimum wage as well as annual paid leave. Uber had appealed to the UK’s highest court after an employment tribunal decision: it argued that it acts as a technology provider, while its Uber London subsidiary acts as a booking agent for drivers who were approved to use the app.

But the Supreme Court unanimously dismissed Uber’s appeal – highlighting five aspects of the employment tribunal’s findings, including the fact that Uber dictates how much drivers are paid for the work they do. The ruling could have significant implications for the broader gig economy, and will likely affect Deliveroo, the food delivery app expected to float in London this year. HC

Vegan milk maker Oatly has submitted a confidential filing for an initial public offering with the US Securities and Exchange Comission, reportedly targeting a market value as high as  $10bn. The company is expected to float during a rush of IPOs in the states, and as appetite for plant-based food products grows. Last year private equity firm Blackstone led a funding round that valued Oatly at around $2bn, and secured backing from celebrity names Oprah Winfrey and Jay-Z. LA

Is veganism shaping the future of the agriculture industry? Read more here.