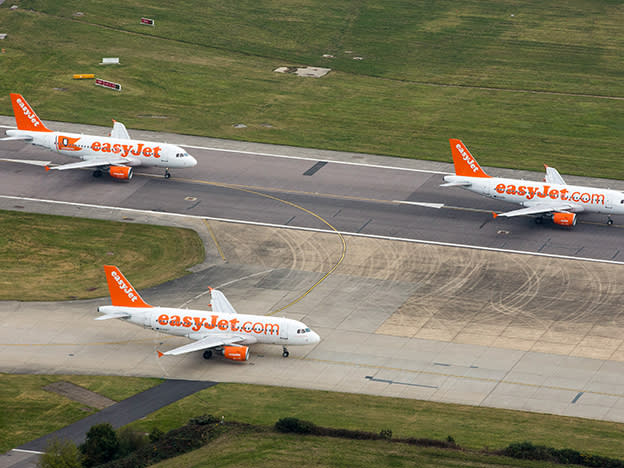 EasyJet (EZJ) shareholders put it on the red list this morning, after the airline announced it was set to land itself a post-pandemic war chest with a £1.2bn rights issue. Priced at a significant discount to the existing share price, the fundraising helped knock more than a tenth off the company's market value in morning trading.

The airline also flagged an all-share takeover approach, which it had rebuffed on the basis it “fundamentally undervalued” the company with a “highly conditional” offer. The Financial Times reported this was from Wizz Air (WIZZ), a fellow discount airline that focuses more on central and Eastern European routes.

The rights issue will protect easyJet against further Covid-19 restrictions, the company said, and allow for investment in the “considerable long-term strategic and investment opportunities” that could come after the pandemic.

EasyJet has struggled like all airlines under Covid-19 restrictions, although it said UK domestic capacity had reached above August 2019 levels last month. EU capacity is still below two years ago, at 81 per cent. AH

The three things stopping airline shares from taking off

A rough first half for Wm Morrison (MRW) might normally dent its share price, but amid the ongoing takeover battle for the supermarket chain, it barely budged.

The company reported a 37 per cent decline in pre-tax profit before exceptionals, citing the impact of Covid-19. Revenues were up slightly over the six months but dropped in the second quarter compared to the same three months in 2020, when the start of lockdown prompted Brits to stock up on goods.

The board recommended again that shareholders accept the higher of the recent offers it has received – a 285p per share bid by Clayton, Dubilier and Rice, which trumped a 272p per share bid from Fortress Investment Group.

Neither offer is final, though, and Morrisons' share price remains higher than 285p, suggesting investors expect another bid before the process completes in late October. MF

How to trade the supermarket sweep

What does private equity want from UK companies?

What does the lorry driver shortage mean for supermarket earnings?

UK investors are apparently balking at the prospect of higher taxes.

The share prices of many of the country’s biggest dividend payers, including all businesses identified as top income stocks in our recent cover feature, have dropped noticeably since Tuesday, when the prime minister announced plans to hike taxes on shareholder payouts.

Lloyds Banking Group (LLOY) is down 4.1 per cent from its Tuesday highs, while shares in Astrazeneca (AZN) and BHP (BHP) have fallen 4.6 per cent and 3.7 per cent, respectively. The FTSE 100 has also been dragged down 2.3 per cent over the period.

But what will the tax raise, introduced to help plug the social care funding gap, mean for your portfolio? Julian Hoffman has the low-down.

And remind yourself of our long-term forecasts for the FTSE’s biggest dividend payers by reading our Income Majors 2021 feature, published last month. OT