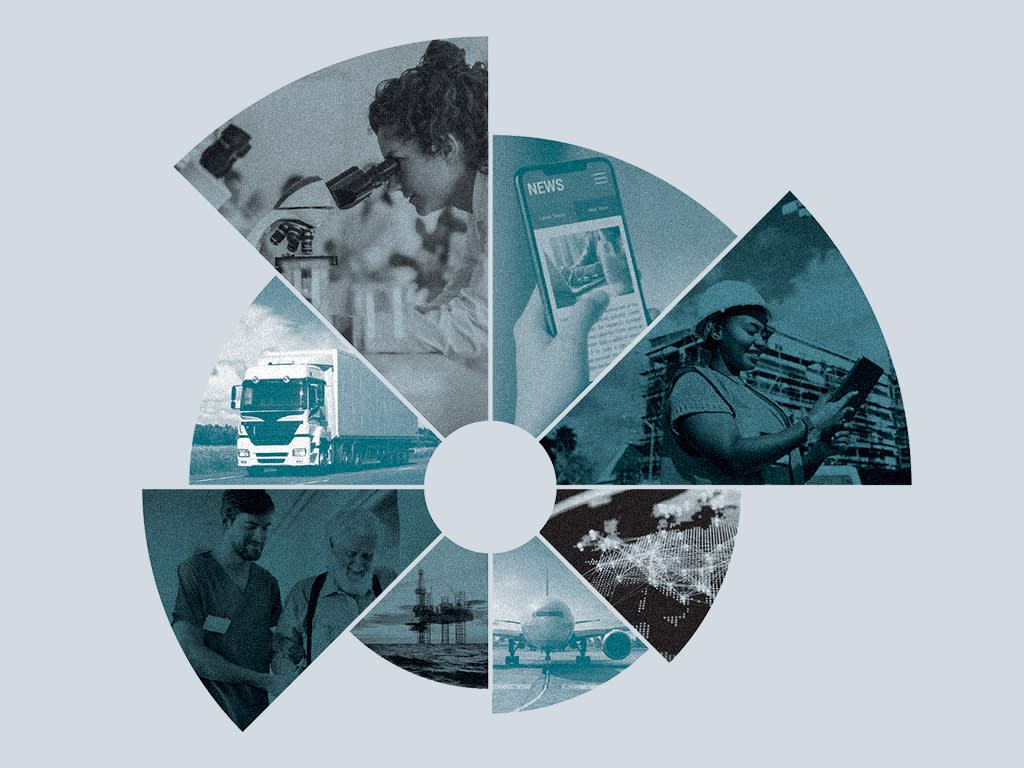 The past few months have involved monumental change for Craneware (CRW), the software company that designs systems for US healthcare providers. The Edinburgh-based company, co-founded by chief executive Keith Neilson, provides programmes that help private hospitals, GP practices, pharmacies and other healthcare businesses to maximise revenues while meeting compliance rules by making sure patients are properly billed.

In July, it completed a deal that more than doubles its revenue and the size of its balance sheet, by acquiring Sentry Data Systems for $400m (£298m). Craneware had to raise £136m in a share sale and take on $120m in debt to fund the deal, but it gained the backing of institutional investors who recognised the cross-selling opportunities. The businesses are complementary – Sentry also provides revenue management software for hospitals, but its product is focused on discounted products for poorer customers, meaning there is little product overlap.

Craneware has said the deal will be “double-digit per cent” accretive to its underlying earnings per share in its current financial year, before any synergy benefits are recorded. The devil will be in the details, but the deal makes sense. Buy. MF

Ideagen (IDEA) is on a buying spree. The Nottingham-based provider of compliance software for regulated industries made three acquisitions last financial year totalling £54m, and has since confirmed several more. The company has now increased its debt facility to £75m plus an additional £25m accordion for further purchases, with more deals expected.

The company's strategy is to consolidate what it sees as the fragmented regulatory and compliance market and add a dose of technological innovation for customers. It seems to have proved successful thus far: in July, Ideagen reported its twelfth consecutive year of revenue growth. Crucially for its software-as-a-service (SaaS) model, recurring revenues are also on the rise, increasing by 26 per cent year on year to £54.2m. Such income now accounts for over four-fifths of total revenues, as the company moves away from its traditional licensing model and scales back its professional services activity.

The future also looks promising: the software firm’s book of contracted revenue for the coming year has climbed by 50 per cent, allowing for better visibility, and chief executive Ben Dorks is confident his company has finally transitioned into a SaaS business. Management has also assured investors of strong profit margins and resilience in the face of Covid-19, which prompted a reduction in its annual cost base by approximately £4m.

It is worth paying careful attention to the company’s results, however. Last financial year, there was a striking difference between Ideagen’s adjusted Ebitda of £22.9m – which management uses to assess the underlying performance of the company – and its statutory profit before tax of £0.8m. The discrepancy is largely due to £16.7m of depreciation and amortisation costs. Despite this large figure, Ideagen’s capital expenditure remains fairly low: just £2.6m was spent on property, plant and equipment in 2021, most of which went on new global headquarters. The difference raises questions as to whether the company is spending enough on its assets, and the sustainability of profits.

Despite the company’s continued focus on expansion, pro-forma organic growth was also a little lacklustre at just 3 per cent, down from 5 per cent the previous year. Ultimately, however, Ideagen’s strong pipeline of work and top-line track record should instil confidence in investors. Hold. JS

In July, Game developer Sumo (SUMO) agreed to be acquired by Tencent for £919m. It seemed the deal was done and dusted with the share price sitting about 5 per cent below the offer price of 513p since the beginning of November. However, a small spanner has been tossed in the works in the shape of the US regulatory investigation.

Sumo is based in Sheffield but has operations in the US. The Committee on Foreign Investment has launched an investigation into the deal and Tencent says that it is complying. The market doesn’t seem too worried about the outcome, though, given the share price hasn’t moved since it was announced.

Tencent has shown interest in investing in foreign video games businesses because of the clampdown on gaming in China. Along with the acquisition of Sumo, it also holds a 9 per cent stake in Frontier Developments (FDEV). In Tencent’s recent results, international gaming revenue grew 20 per cent compared with just 5 per cent growth in China. If this growth discrepancy continues it could be tempted to invest further in the UK gaming industry. Hold. AS

Polar Capital (POLR) has made a virtue out of investing in high technology growth stocks in a way that ignited the fund manager’s shares over the past 18 months. Asset flows have been positive all year and total assets under management, including trusts, mandates and OIECs, topped £23bn at the last trading statement.

The key to Polar’s success is the relatively narrow concentration on high technology assets and global healthcare, lending the shares a vicarious level of high market alpha. There is a feeling that a diversification strategy needs to be fully implemented before Polar looks like the finished article in the eyes of overseas (for this read US retail investors). This is because the relative cheapness of UK indices and assets in relation to their US equivalents could be a source of strength for the company as it looks to diversify away from a heavy focus on technology. With a forward PE ratio for 2022 and 2023 of 13 and 11, respectively, based on Panmure Gordon’s forecasts, the shares are still barely in line with sector peers. Buy. JH

The main virtue of Alpha FX’s (AFX) business is its essential simplicity: clients give it mandates to hedge forex positions through swaps, as well as the bread-and-butter conversion of foreign exchange generated by trade. The business is essentially boutique, with a relatively small roster of corporate clients with whom it has longstanding trading relationships.

Alpha’s forex services are also more complex and specialist than the average retail fintech companies can provide. The company is similar in scope to fellow Aim competitor Argentex, but arguably it has achieved greater scale.

The relatively capital-light nature of the business means that it achieves high levels of operational gearing when top-line sales grow, which is also reflected in an impressive return-on-capital-employed (ROCE) ratio of over 21 per cent, similar to the best of the technology companies – a fact that is also reflected in a forward PE rating approaching 35 times broker Liberum’s EPS forecasts for 2022. A good business but only worth buying at times of relative value. Hold. JH

Shares in Clinigen (CLIN) fell off a cliff midway through the year after the pharma company said full-year cash profits would come in below expectations. The shortfall was primarily due to a global decline in hospital-based oncology treatments and delays to clinical trials, both a consequence of the pandemic restrictions. Management cited weaker-than-expected demand for its Proleukin cancer treatment, the US distribution rights of which were purchased from Novartis in 2019.

To make matters worse, or more interesting depending on your perspective, Elliott Management floated the idea of breaking up the group and hiving off the pharmaceuticals services division. We questioned the rationale for any such move at Clinigen’s full-year results in September, as the segment in question had delivered a 15 per cent increase in net revenue in the period, and the order pipeline was healthy enough.

The June sell-off has the shares changing hands at 11 times consensus earnings, the lower end of the sector range, but it is difficult to gauge whether we are witnessing a marked recovery in clinical procedures. On that score, time will tell. For now, the apparent interest of an activist investor might highlight Clinigen’s attraction to potential bidders, particularly given the undemanding rating. Buy. MR

Mark Radcliffe had plenty to feel happy about when floating his online bathroom retail business, Victorian Plumbing (VIC), on Aim in June. The Formby-based business he founded back in 1989 raised £212m by selling shares at a debut price of 262p. The deal valued the company at £850m amid a booming home improvement market. However, the company, which reported strong growth up until its float with revenue of £140.7m and adjusted earnings of £20.1m in the six months to March, warned last month that revenue growth slowed during the summer as lockdown measures eased and people found other ways to spend their money.

The company is forecasting full-year growth of about 29 per cent on last year’s revenue of £208.7m, which is not bad, but probably isn’t the runaway success that those who bought into its debut were hoping for. Its shares have almost halved in value since its debut and it is now valued at about 20 times earnings, which is hardly racy for an online retailer in a market that’s still showing plenty of signs of growth. Buy. MF

It would be reasonable to assume that Rishi Sunak’s pledge to drive digitalisation in the NHS would be wholly beneficial for Emis (EMIS). The Yorkshire-based company has been providing clinicians with access to electronic patient records for over 30 years, regardless of where patients present themselves.

That last point is salient due to the accelerated push towards telehealth services in response to Covid-19. New healthcare models are emerging with a focus on digitally-enabled remote consultations. This may have seemed a distant proposition for patients and some healthcare providers prior to the pandemic, but the lockdowns have served to highlight not only the clinical advantages, but also the potential cost benefits.

The group’s technology has been employed as part of the UK’s Covid-19 testing and vaccination programmes, and it has been engaged with officials on the future of the healthcare market post-pandemic. Prospects have therefore certainly improved as the crisis has forced a rethink on healthcare provision, while a steady increase in recurring revenues suggests the group’s offering is becoming embedded across the broader sector. Buy. MR

Consumer demand for online privacy and protection software grows each year. Kape Technologies’ (KAPE) play on this theme is to buy fast-growing brands in the space, extract revenue and cost synergies, rinse and repeat.

The strategy has been hugely successful, but took a leap forward this year with the purchase of consumer privacy platforms Webselenese and ExpressVPN for $149m and $936m, respectively. Stick this altogether, and Kape now expects adjusted cash profits of between $166m and $172m in 2022. Naturally, both the specificity and quantum of those projections are enticing, given they translate to a low-teens forward-earnings multiple.

That Kape isn’t more richly valued is in part due to its aggressive capitalisation of customer acquisitions costs. Because churn is high (although no longer disclosed) cash conversion is low and has led Berenberg to conclude that more conservative accounting would cut 2020’s adjusted cash profit margin from 32 to 21 per cent. Offsetting this is strong trading momentum, although recent deals leave a lot to digest. Hold. AN

Focusrite (TUNE) has had some bad luck. Shortly before the pandemic hit, the music and audio products specialist acquired a live music equipment business, only for all concerts and music festivals to be put on ice. The poorly timed acquisition resulted in a near two-fifths drop in operating profits, despite growing demand for many of its products.

Now, the group is grappling with supply chain constraints: two months ago, Focusrite flagged a shortage of semiconductors and other components, and “significantly higher” freight and shipping costs, all of which it attributed to Covid-19. The shares have reacted accordingly, paring back from September’s 1,830p all-time high.

Despite these challenges, Focusrite has reported some bumper results. Operating profit more than quadrupled in 2021 to £35.8m, while basic earning per share has shot up from 7.1p to 48.8p. Sales are over a third up on the £130m recorded in 2020, while growing customer demand and non-recurring cost savings during lockdown helped gross margins widen. If Focusrite can continue to weather current supply storms - and continue to expand beyond its niche corner of the audio market - it will be an attractive opportunity for investors. But there’s a lot of uncertainty for a stock on 40 times’ this year’s expected earnings. Hold. JS

Find all our Aim 100 analysis here: